Andreas Pereira was shown no sympathy by his Manchester United team-mates after suffering an unfortunate fall while checking into The Lowry Hotel before his side host Wolves on Saturday.

Fred and Alexis Sanchez could be seen laughing after the young Brazil midfielder suffers a tumble as he climbs the hotel steps.

Pereira, who spent last season on loan at Valencia, followed Fred up the concrete steps, before appearing to lose his balance and topple over. 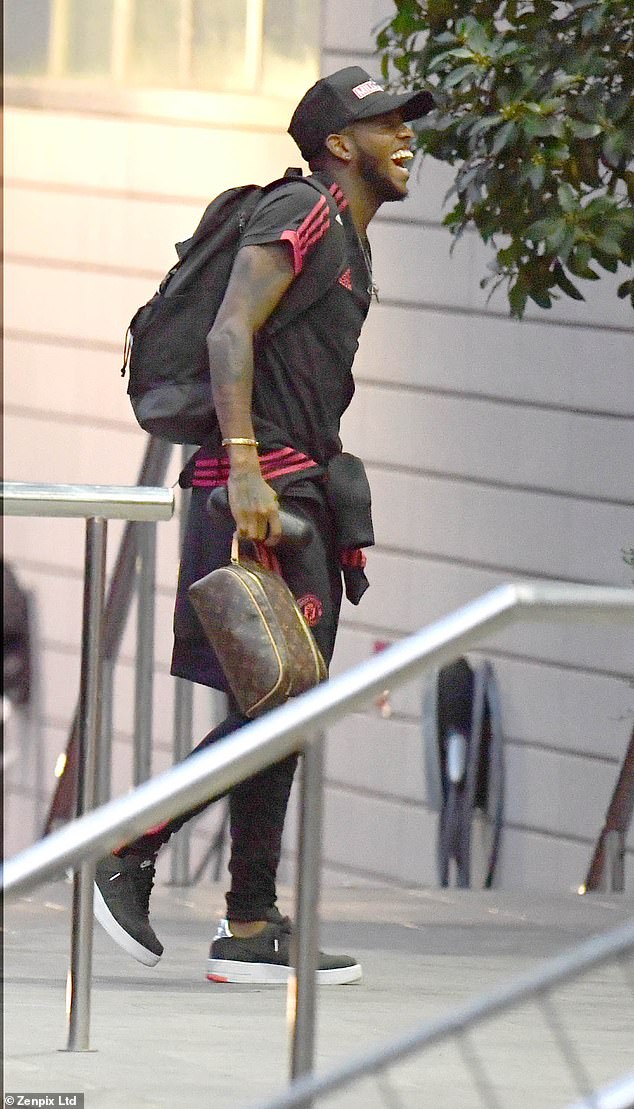 As the young Brazil midfielder recovers his composure, team-mate Fred shows his delight 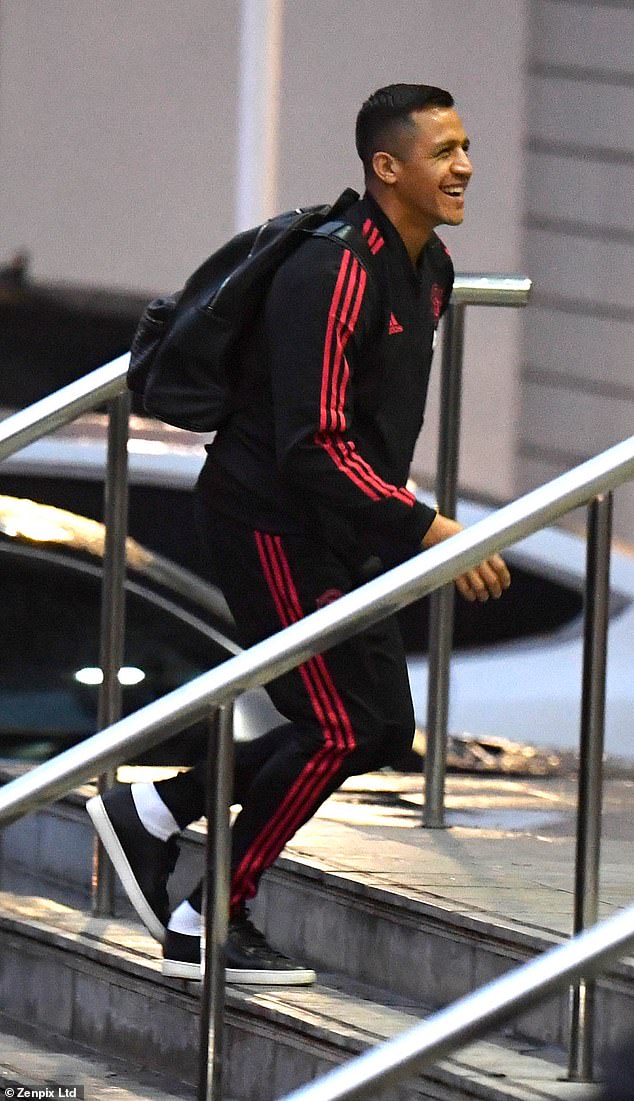 He seems to recover his composure quickly before rushing inside the hotel as his team-mates enjoyed a smile at his expense.

The squad will be looking to build on Wednesday’s 3-0 win over Young Boys in the Champions League and record a third-straight Premier League win.

Earlier, Jose Mourinho had praised his defenders after improved performances in recent weeks.

The club endured a tricky start to the season, losing two of their first three matches, but have started to show more consistency.

Mourinho said: ‘I think the team as a team is resolving the defensive problems better than before. I don’t want to say it was Bailly or Jones, and it’s now Smalling or Lindelof.

‘I think the team is more compact, more solid, the spirit, the co-operation, the empathy, the communication, all of that improve in the team.

‘Good results bring confidence and I think we are improving as a team. I don’t want to say our improvement has the name of Chris or Victor. The team is playing better and they are part of the team that plays these matches.’ 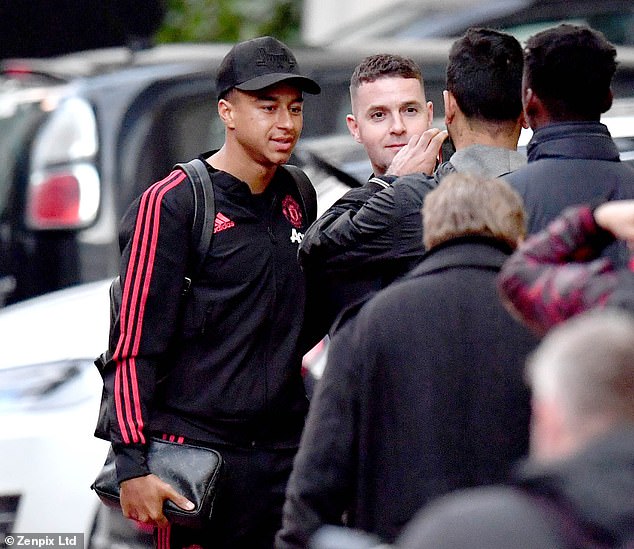 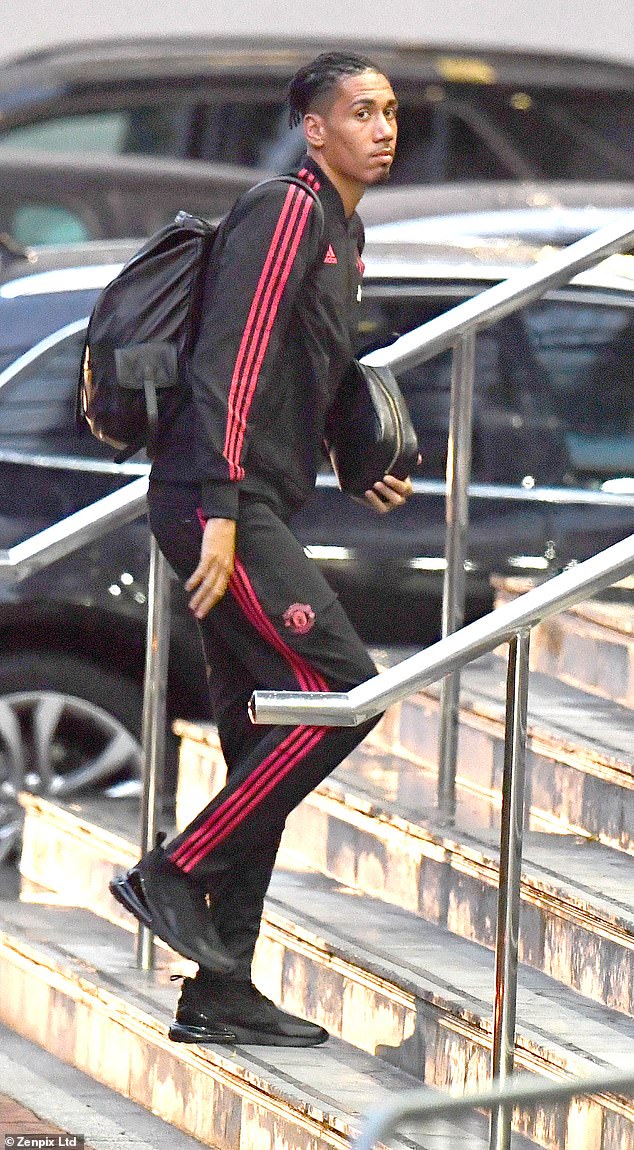 Having scored against Watford, Chris Smalling will want to retain his starting spot 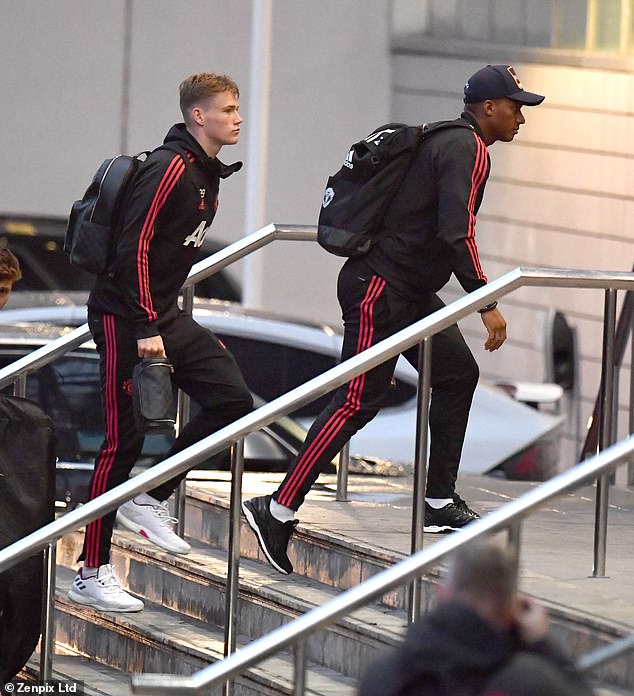