A woman has taken a heartbreaking photo of a mother kangaroo standing over the body of her decapitated joey.

Jenny Brown was returning from the beach at Halls Head in Mandurah, Western Australia, on Friday when she saw the grieving marsupial.

Noticing the female kangaroo had not moved in 45 minutes, Ms Brown approached it and found a dead joey which had been beheaded.

I walked closer to see if it was okay, only to find that it had been decapitated with a very sharp blade and very recently,’ Ms Brown told Community News.

‘I am guessing the mummy roo didn’t want to leave her baby.’ 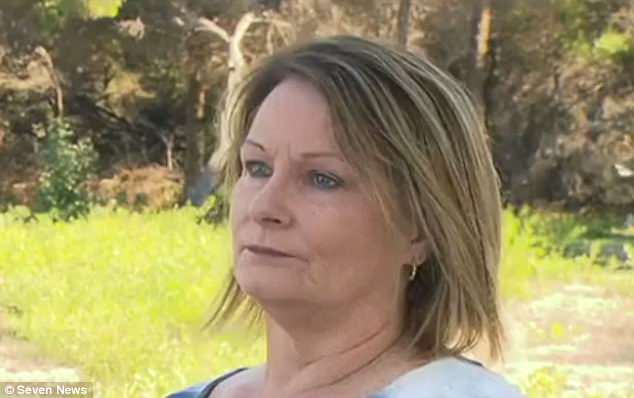 Jenny Brown was returning from the beach in Halls Head in Mandurah, Western Australia, on Friday when she saw the grieving marsupial

‘I couldn’t bring myself to take a picture of it [ the dead joey],’ she said, but took one of the mother standing over it.

The joey’s head has not been found, despite a thorough search of the area by Ms Brown and local rangers.

Ms Brown reported the incident to Mandurah Council and the body of the joey was removed.

The case of animal cruelty is one of 21 reported to the RSPCA in Mandurah this year alone, the sixth highest in the state.

Animal cruelty is a criminal offence punishable by up to five year’s imprisonment.