Manhattan woman who gave one star reviews of a gynecologist forced to spend $20,000

A New York woman who gave a Manhattan gynecologist a one-star review on Yelp and ZocDoc has been forced to spend nearly $20,000 defending herself against a defamation suit filed by the physician.

Michelle Levine said she found Dr. Joon Song of New York Robotic Gynecology & Women’s Health online and went to him for a checkup in July 2017.

However, one week later he ended up billing her insurance company $1,300 for a ‘new-patient visit and ultrasound’ but the bill included $427 that wasn’t covered by her plan. 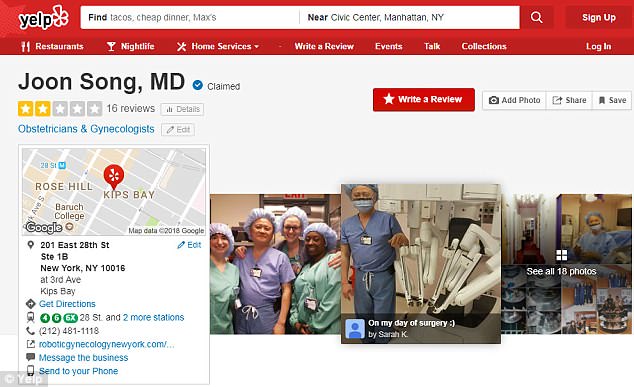 Levine left a review of Dr. Joon Song of New York on websites like Yelp after a gynecology visit 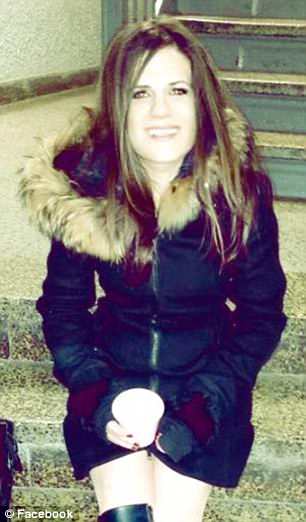 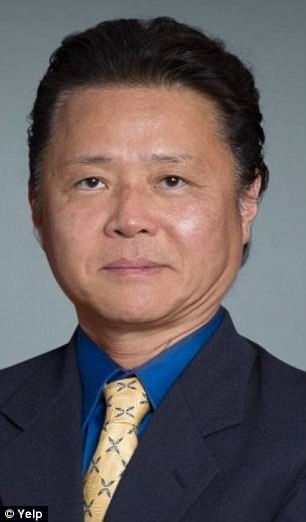 ‘I gave an honest review of my experience to warn others, and he is trying to silence me. It’s a nightmare,’ Michelle Levine told The New York Post. ‘The annual was supposed to be free!’

Levine has since alleged in court filings that Joon never bothered to give her a manual pelvic exam and instead asked her about menstrual cramps before performing an ultrasound.

She also claimed that Joon lied when he said he gave her pelvic and breast examinations.

‘When I called his office to gripe, they were immediately aggressive and said I had come in complaining of pelvic pain,’ which required the ultrasound, Levine said.

‘I was so disgusted, I wrote a review on several sites, including Yelp, ZocDoc and Health Grades,’ she said.

‘Very poor and crooked business practice,’ Levine wrote in the review. ‘I suspect that this doctor gives unnecessary procedure [sic] to a lot of people and then charges the insurance sky high prices and no one knows the difference.

Levine says that the court battle has so far cost her close to $20,000 and has set up a GoFundMe account to raise funds

‘Everything about my one and only visit here has caused me emotional distress and panic, and now they want me to cough up an extra $500 for services I didn’t even need?’

Two weeks after posting the review she received an email from the doctor’s lawyers informing her she was being sued. 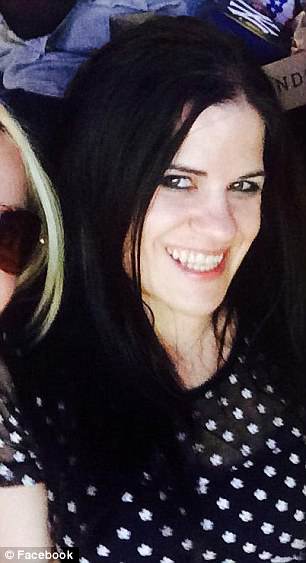 ‘No reasonable person would believe that the statements made therein were opinion,’ court papers say.

Levine says that the court battle has so far cost her close to $20,000 and she has set up a GoFundMe account to raise funds.

‘They tried to drag my start-up wine-and-spirits technology business into it … They posted my entire medical record, including notes about my mental health, my bills, my insurance info, my driver’s license, birth date and home address,’ she said.

‘I just wrote a review. We live in a country where someone can sue you for anything and the victim is forced to pay for their defense. There is no way out. I have been Joon Song’s victim for almost one year.

‘I have dealt with this in silence. Going public is not ideal for me, but I feel it is my only choice. Coming forward is hard for me to do. I never thought I would post this Go Fund Me, but I simply can not afford the cost of defense.’

Messages for Dr Joon and the clinic have been left.