The manhunt for two fugitive suspected teen serial killers stepped up a gear Friday night as police announced they are bringing in the army for air support and conducting door-to-door interviews of each of the 1,200 residents of the small town the alleged murderers are thought to be hiding near.

Dozens of police officers wearing bulletproof vests and armed with automatic rifles have descended upon Gillam, north east Manitoba, Canada, combing the dense bush of the surrounding wilderness for any sign of Kam McLeod, 19, and Bryer Schmegelsky, 18.

They have been on the run since July 15 when the bodies of Lucas Fowler, 24, and Chynna Deese, 23, were found in British Columbia. 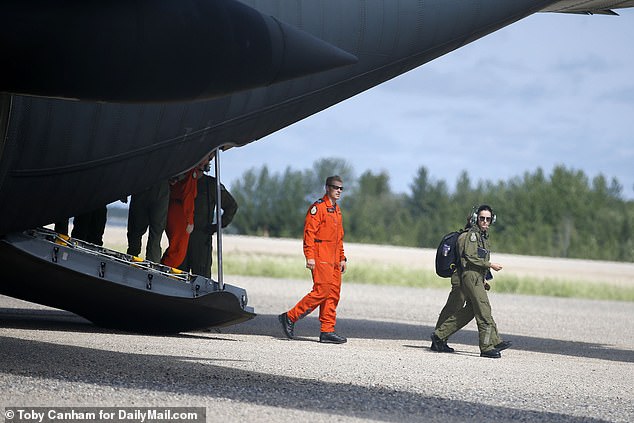 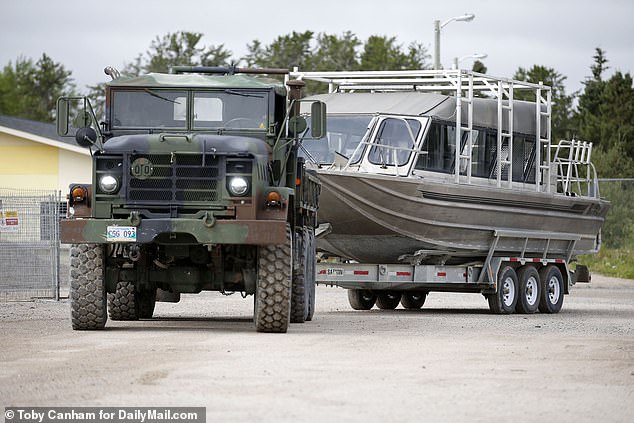 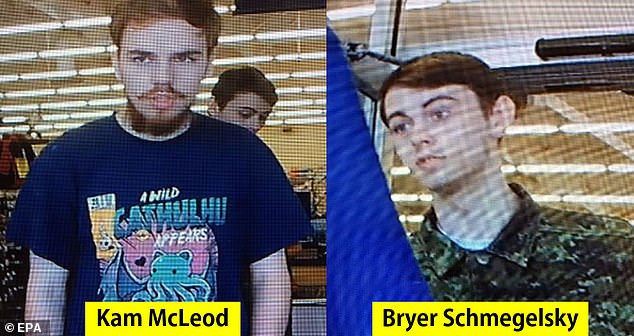 They are also accused of murdering University of British Columbia botanist Leonard Dyck in BC before driving more than 3,000km east to the province of Manitoba.

Specialist officers using sniffer dogs, a drone equipped with heat sensors, and helicopters are all engaged in the manhunt.

Police have set up checkpoints screening every vehicle on the one road in and out of Gillam, with teams of three plain-clothes officers taking 12-hour shifts night and day, and have begun a laborious door-to-door search for new tips from residents over the next 72 hours.

‘If they’re here, they’re not getting out of here. The only way out is through the bush, and that’s not going to be an easy track,’ a local law enforcement source told DailyMail.com.

The source said few officers are expecting further violence, believing the teens have reached the end of the road in the forests around Gillam.

‘I think if they were in the area these guys probably would have acted on something already given what they were doing so far,’ the source said. ‘The weird thing about this is everything that’s happened has been in BC, and they’ve come across the country, stopped at a hardware store, and no further activity that we’re aware of.

‘At any point in their travels along there and probably murdered several people if they were motivated enough. But they haven’t. It’s weird in a way.’ 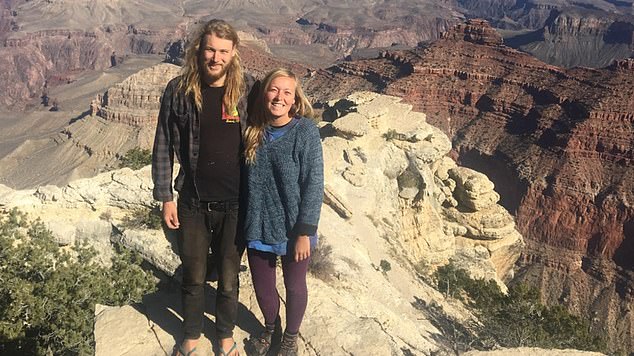 The bodies of Lucas Fowler, 24, and Chynna Deese, 23, (pictured) were found in British Columbia

But, the source added, law enforcement and locals working at the town’s nearby hydroelectric dam are taking no risks. ‘Some of the hydro employees have mentioned that they’ve had their own safety and security briefings with their management, taking precautionary options. Just travelling in pairs and making sure there’s extra vigilance,’ the source said.

‘The impression I’m getting from people is there is heightened awareness, sensitivity to it, because there’s no escaping it on social media either.

‘It’s a rural area, they’re accustomed to leaving doors unlocked and keys in their vehicle. It’s not like an urban centre where you’d automatically lock your vehicle. So I think from that point of view people are very aware now.

‘I think for some people they’re just getting accustomed to having us around here, and figuring out what to tell their children. If they’re not allowing them outside because this is going on, how do you explain that to them.

‘The community is extremely supportive of the police presence, we’ve had lots of people saying thank you.’ 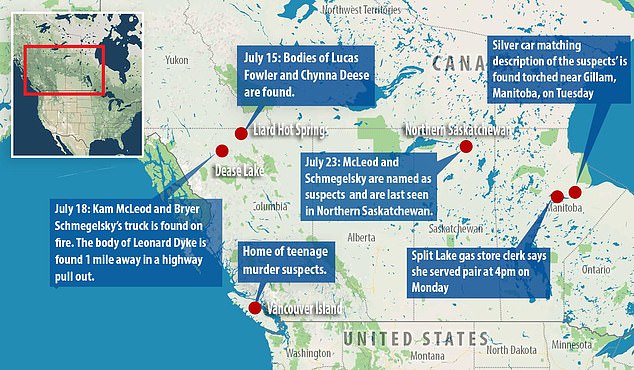 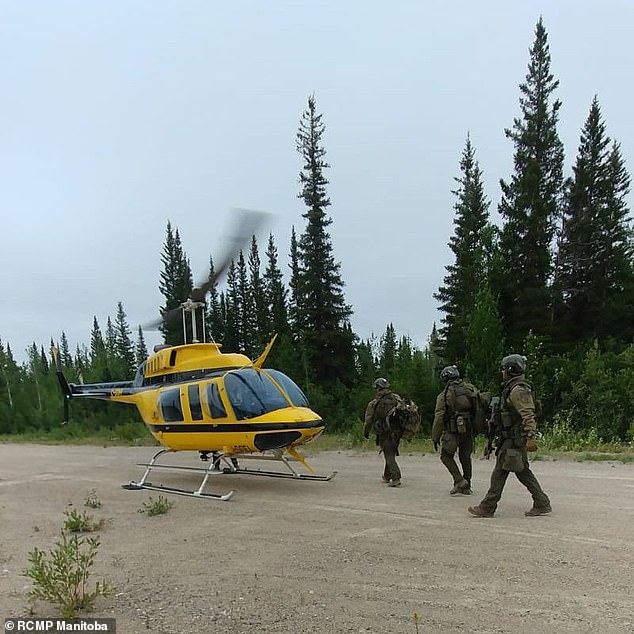 In a statement issued Friday afternoon said Royal Canadian Mounted Police (RCMP) are ‘exploring the possibility that the suspects may have inadvertently received assistance in leaving the area’, suggesting the boys may have moved on from Gillam.

However, the RCMP added they are merely ‘open to the possibility’, and said that ‘there have been no confirmed sightings outside of the Gillam area’.

Royal Canadian Mounted Police (RCMP) said it will fly a Hercules military plane over a wide area around the town and surrounding wilderness, trying to spot the two boys or evidence of their trail.

‘Following a request from the Commissioner of the RCMP, the Canadian Armed Forces (CAF) will provide aircraft support in the search to locate two murder suspects near Gillam, Manitoba,’ a spokeswoman for the CAF told DailyMail.com. ‘A Royal Canadian Air Force CC-130H Hercules aircraft from 435 Transport and Rescue Squadron in Winnipeg will assist with an aerial search.

‘A RCMP officer will be on board the aircraft to direct the search.‎

‘The crew for a SAR [search and rescue] configured CC-130H Hercules is comprised of two pilots (an aircraft commander and a co-pilot), an air combat systems officer, a flight engineer, a loadmaster and two Search and Rescue Technicians. 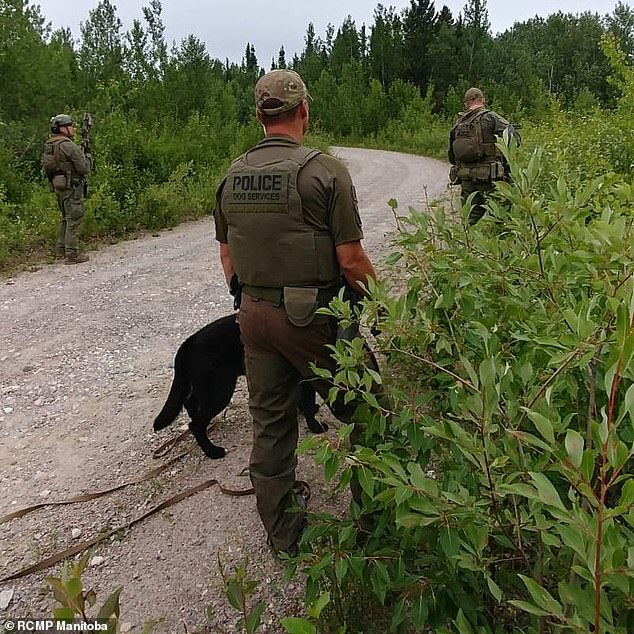 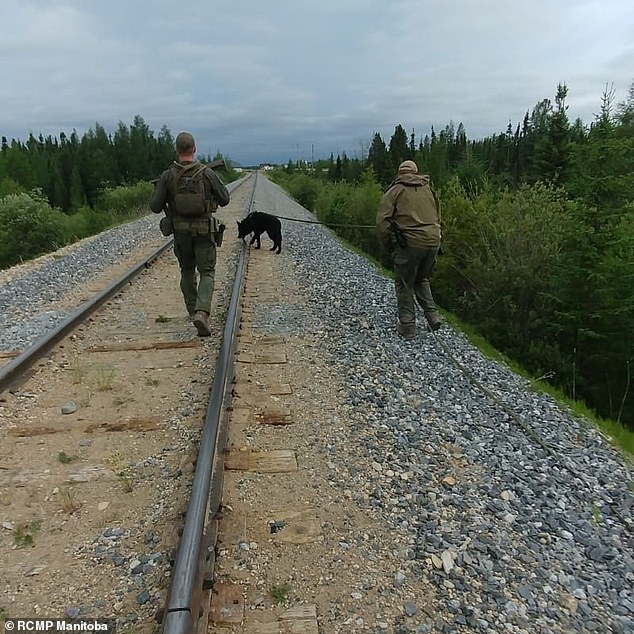 ‘The search area will be determined by RCMP and any questions related to the overall plan should be directed to them.’

RCMP Inspector Kevin Lewis told DailyMail.com the plane will be used to scan the local river’s edge and railway lines for ‘any sign of life’.

‘It’s going to be a wide search all over northern Manitoba,’ said Lewis.

More than 40 police officers have descended on the small town, while hundreds more are engaged in the triple homicide investigation across the country, according to the inspector.

The Hercules CC-130H carries up to 78 combat troops, and is used for transporting heavy cargo and vehicles, search and rescue and air-to-air refuelling, including for Canadian forces in Iraq and Syria. The plane carries more than 17,000kg of fuel, has a maximum range of 7,222km and a cruising speed of 556 km/hour.

‘The CAF will aid the RCMP until they indicate that our assistance is no longer required. This remains a Royal Canadian Mounted Police-led effort and the CAF are supporting with air search capabilities,’ said the CAF spokeswoman.

‘Canadians can rest assured that the CAF are ready to support and serve alongside our federal, provincial, and municipal partners who are working diligently and tirelessly in these efforts.’