A sheriff’s deputy in Maine was shot dead while on Tuesday night by a suspect who then took his patrol car and is still on the run.

He was killed on U.S. Route 2 in Norridgewock about 60 miles west of Bangor. 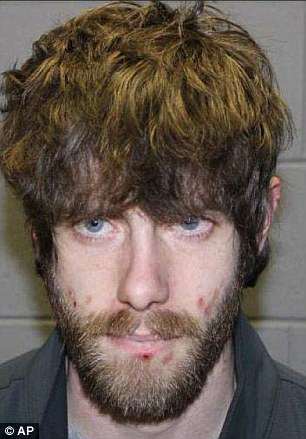 Corporal Eugene Cole, 61, was shot dead in the early hours of Wednesday morning allegedly by John Williams, 29, who is still on the run after stealing his police cruiser. He is seen (right) in an old booking photograph for an unrelated crime 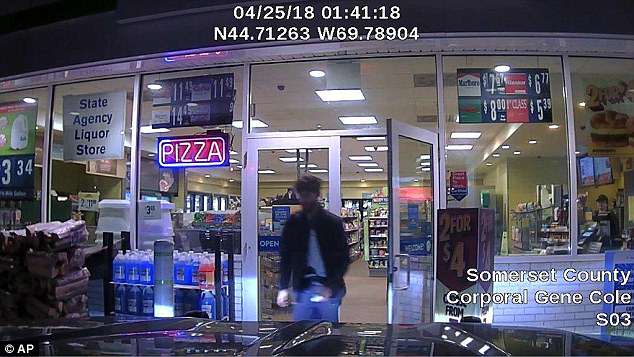 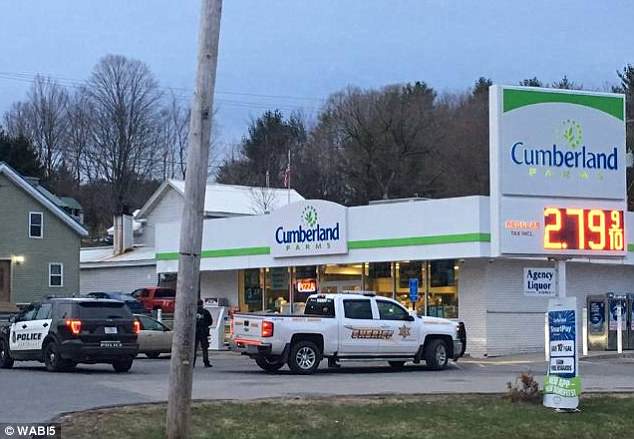 This is the Cumberland Farm’s store which Williams robbed after allegedly shooting the cop. It is pictured on Wednesday after he left 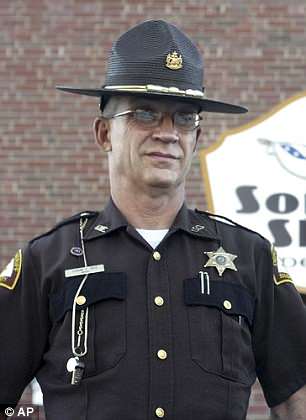 Corporal Cole had worked for the force for 13 years

Initially, it was reported that Cole was responding to a robbery at a Cumberland Farm ‘s store.

Somerset County Sheriff however believes Williams went to the store after shooting dead the officer then robbed it.

He then fled the scene in the cruiser. It was found abandoned at 5am.

Police are now hunting for the 29-year-old and their search has put the area somewhat on lockdown.

Corporal Cole is a father-of-one who has worked for the force for 13 years.

‘He was one of the finest deputies that you would want to meet,’ Somerset County Sheriff Dale Lancaster said.

Williams is described as 5-foot-6, 120 pounds with blue eyes and brown hair worn in a ponytail. 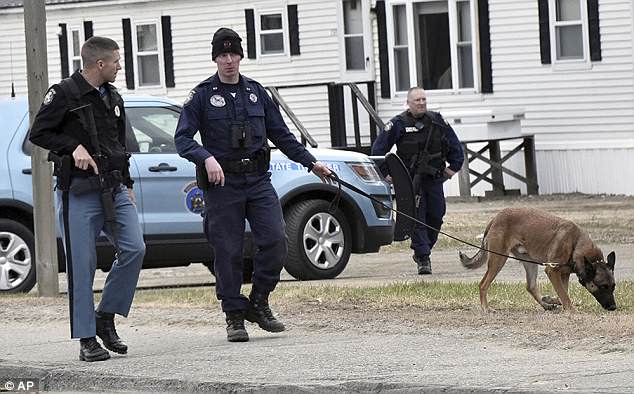 Police in Maine are still hunting the suspect. He abandoned the cruiser and it is not known how he is now getting around 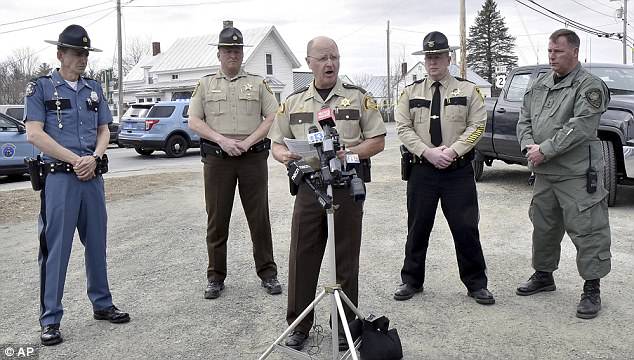