Massachusetts police have a new mystery to solve: Who wrote a 1944 love letter discovered within the walls of a house being remodeled?

The Greenfield Police Department took to Facebook on Saturday to ask for the public’s help in figuring out the backstory behind the handwritten letter.

In the post they exclaimed: ‘Here is a Holiday challenge!’ 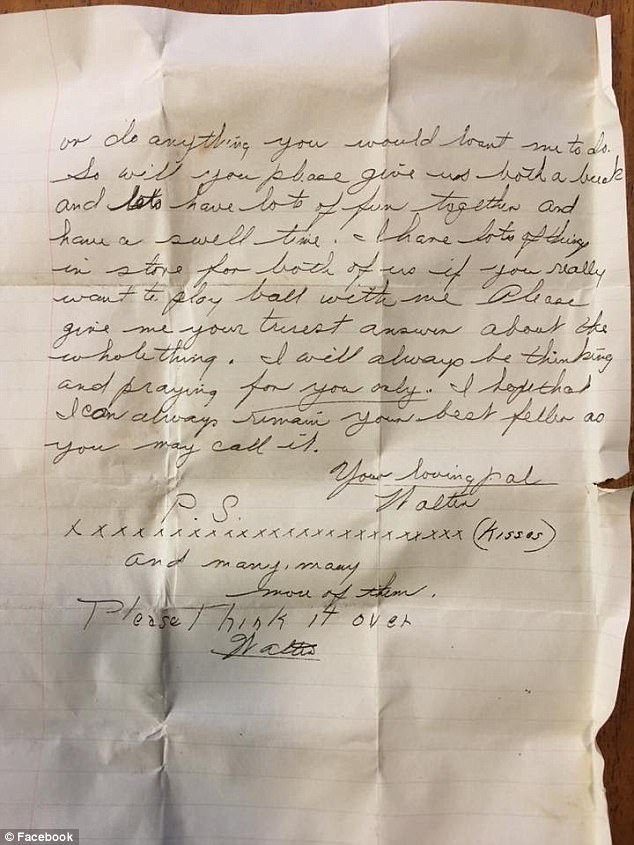 Give us a break, and lets have lots of fun together and have a swell time, your loving pal Walter

‘A friend of ours is doing a home remodel and found a love note in the walls!’ police said on their Facebook page Saturday.

According to police it was written on April 19, 1944 by ‘Walter’ for ‘Miss Betty Miller’ who lived on 366 Chapman St. in Greenfield.

‘We would love to be able to get this letter back to Betty or her family. Please let us know if you know how to find her,’ police noted.

Police say the letter is dated April 19, 1944, and was penned by a man who identified himself only as Walter. 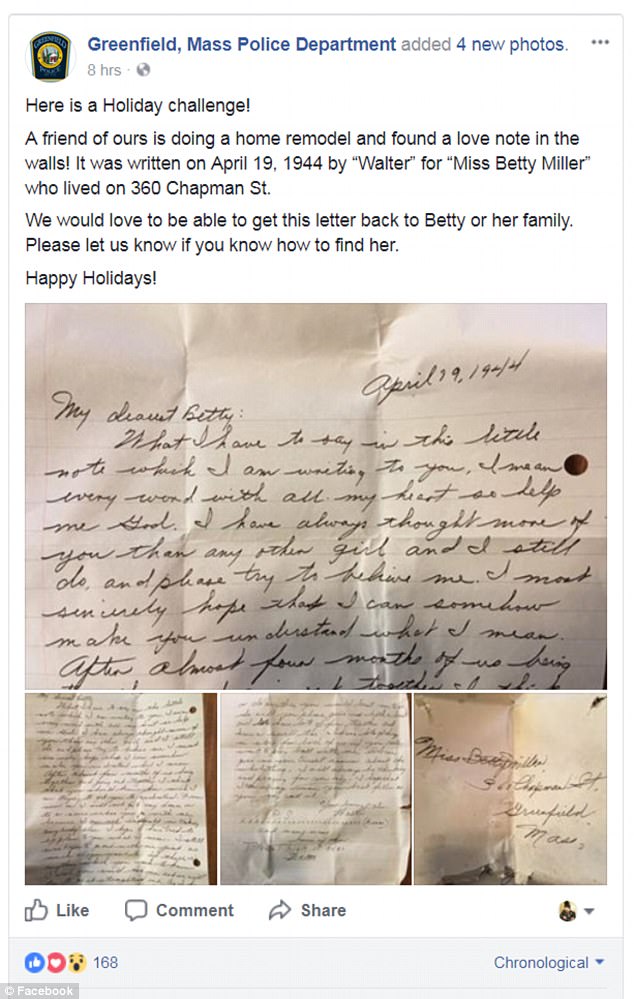 A special holiday request from the Greenfield Police Department: Help us find Betty Miller or her relatives

The letter was addressed to Miss Betty Miller, of Greenfield. In the letter, Walter makes no attempt to hide his affections. He writes: ‘I have always thought more of you than any other girl, and I still do.’

Walter also proclaims in the sweet missive that from now on (circa 1944) he will no longer go to any dances or movies without his dearest Betty.

Police say they only have one motive: reuniting the letter with Miller or her family.