A New Jersey man’s nine-year wedding anniversary was extra special after finding his wedding ring that had been missing for one year.

Mickey Walsh from Deptford, New Jersey lost his wedding band in the Jersey Shore waves while on vacation with his family last August in Ocean City.

This week, 11-year-old Daniel Barr, found the ring washed up on the beach between 7th and 8th Street.

With the help of his mom, Kristen Barr, the pair launched a search for the owner by way of Facebook.

Mickey Walsh is pictured with his wife. They just celebrated their nine-year wedding annviersary 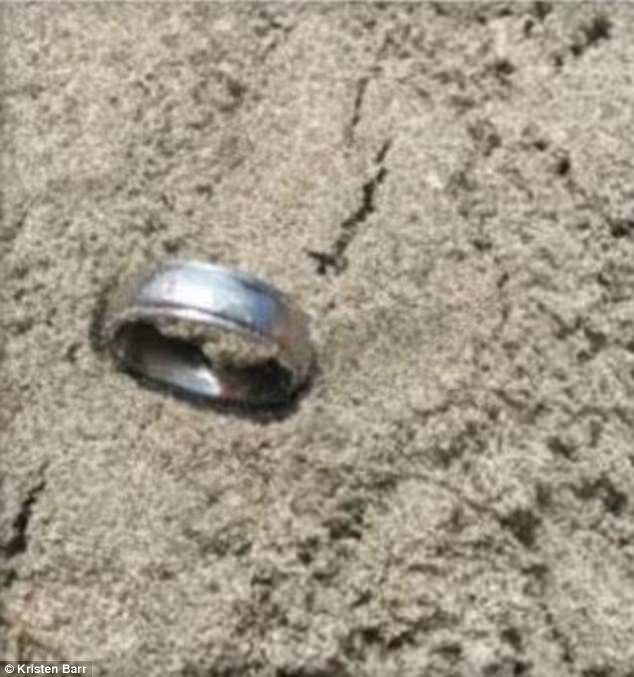 Mickey lost his wedding ring last summer while playing in the waves at the beach in Ocean City, New Jersey 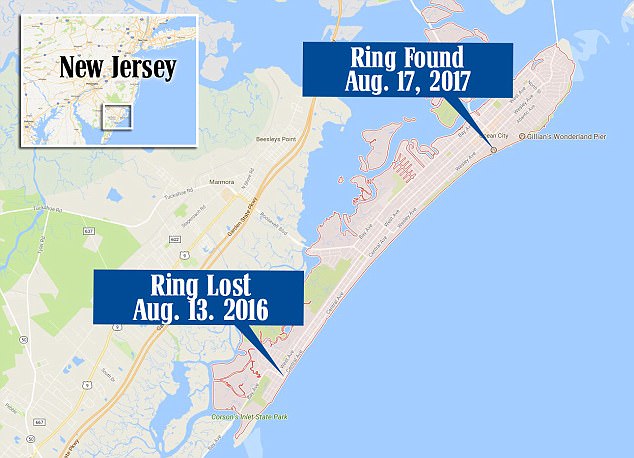 The ring was found by Daniel Barr, 11, 5.3miles from where Mickey lost it

The post read: ‘My son found this man’s wedding band today 8/17/17. Between 7th & 8th Street beach in OCNJ. No inscription inside or outside. Please help us find the owner. Every share helps. Thank you!’

The ring traveled 5.3miles north. Mickey noticed the ring missing from his finger while he was at the 55th Street beach.

The 11-year-old was so adamant on finding the ring wearer. His mom said: ‘He even walked up and down asking if anyone lost a ring’.

Mickey told CBS Philly that he was at work when his wife texted him saying, ‘Hey I think someone found your ring’.

Mickey didn’t think it was possible for the ring to be his. After losing it he said,’I pretty much thought it was a lost cause’.

Daniel’s mom took the ring to a jeweler to examine the size, material, and worth. Mickey said they gave her all the information they could remember about it. And sure enough, it was a match.

The Barrs and Walshes met Monday, the night before the couple’s nine-year anniversary, to exchange the ring for gratitude.

Of the Barr’s, Mickey said, ‘Right away, they just seemed like great people, willing to go through all that trouble.’

And Mickey has learned his lesson from losing his ring the first time. He said, ‘I always take it off when I go into the ocean’. 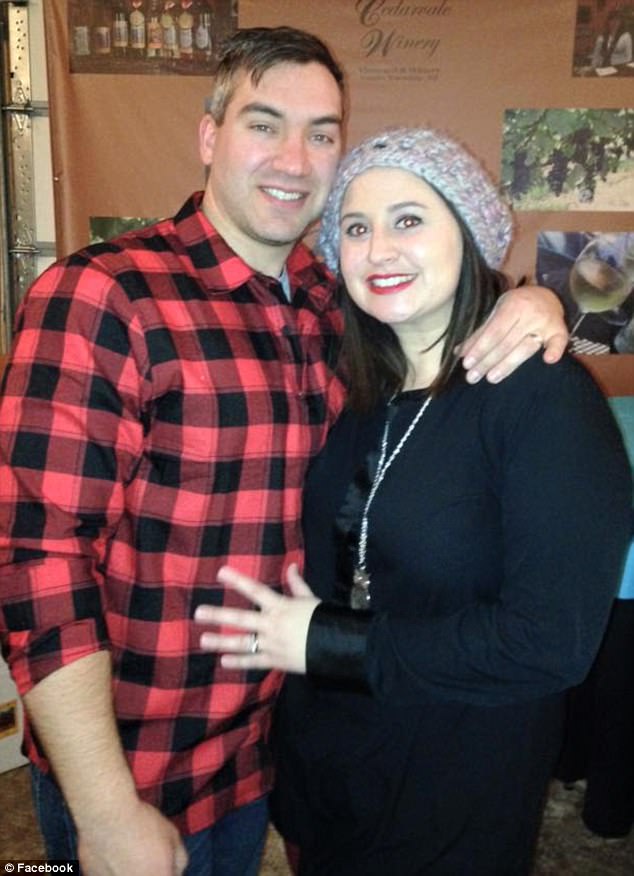