Manu Feildel says he cried when he wed Clarissa Weerasena

He married his long-time fiancée Clarissa Weerasena in a secret ceremony last Monday.

And now, My Kitchen Rules judge Manu Feildel has spilled all about his emotions on the couple’s big day.

Speaking to this week’s New Idea, the 44-year-old chef admitted he teared up at the nuptials.

‘I could not hold onto my feelings’: MKR judge Manu Feildel (left) admitted to New Idea on Monday he cried when he married fiancée Clarissa Weerasena (right) in a secret ceremony

‘Of course I cried but it was happiness, not nerves. I could not hold onto my feelings. I’m a big, soft bear!’ Manu told the magazine.

The wedding, which featured Manu’s 13-year-old son as a groomsman and the couple’s three-year-old daughter Charlee as a flower girl, was a long time coming for the bride and groom.

Manu and Clarissa had become engaged back in November 2013, but it took four years for the couple to tie the knot. 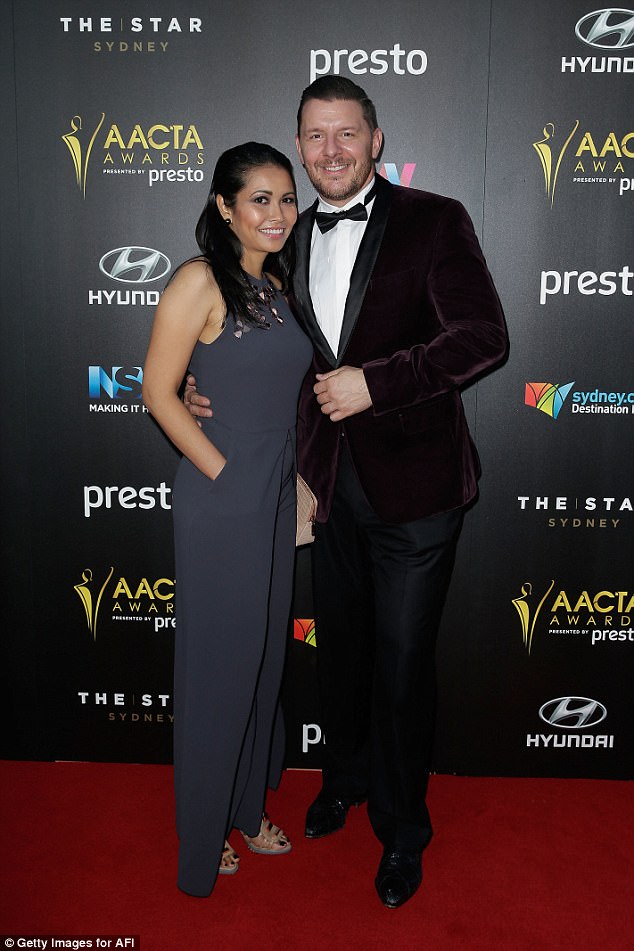 ‘I cried but it was happiness, not nerves’: Manu said he became emotional during the wedding 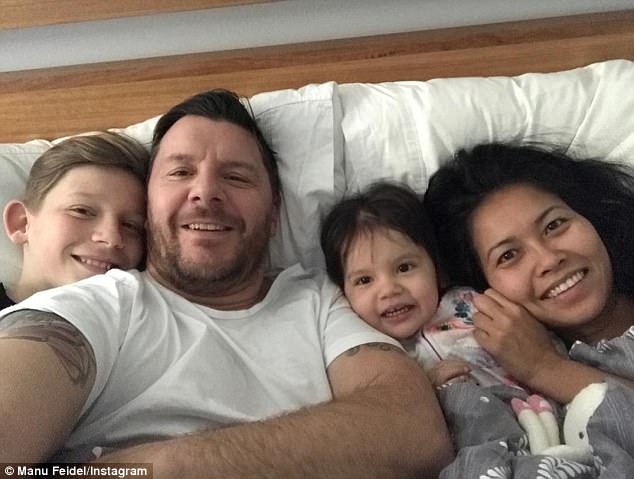 Family affair: The wedding featured Manu’s 13-year-old son as a groomsman and the couple’s three-year-old daughter Charlee as a flower girl

But Manu said the couple wasn’t worried about how long it took them to walk down the aisle.

‘It just happens when it happens, to be honest. There is a time for everything. Maybe we weren’t ready a year or two ago. We are now!’ he told the magazine.

And appearing on Sunrise on Monday, the celebrity chef continued: ‘Finally the ring is here. We are happy. We finally have time to do it. That has been the problem over the last four years – having the time to do it.’

Manu also told the show it was an intimate ceremony with the couple’s nearest and dearest.

‘There were 20 of us. It was a small party. Parents from both sides, brothers, sisters and best mates. That was it,’ he said. 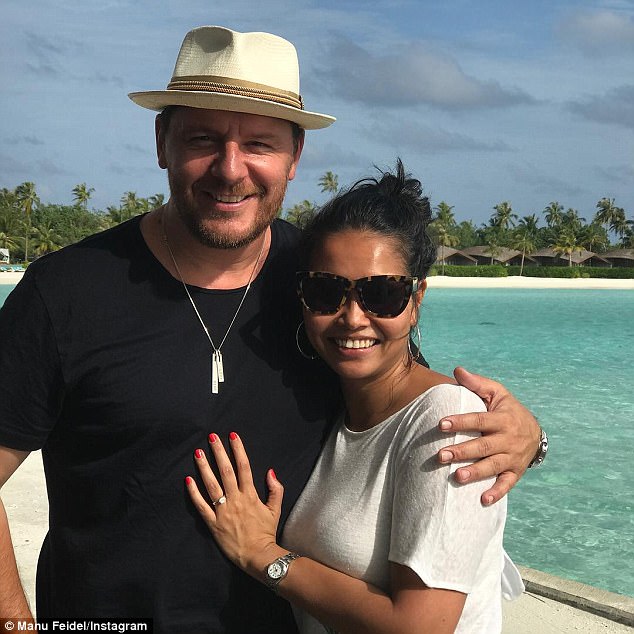 ‘There were 20 of us. It was a small party’: Speaking to Sunrise, the celebrity chef explained it was an intimate ceremony

Clarissa echoed the sentiment in the interview with New Idea, adding: ‘Life happens when you are making plans! We had other things to do. For us, we were already married in spirit and in mind. It was more about being together with family and friends and doing it so our parents were there to witness.’

Despite Woman’s Day reporting earlier in the week that the couple wed in Adelaide, Manu and Clarissa’s reportedly actually took place in the exclusive Elandra Resort in Far North Queensland.

Blushing bride Clarissa walked down the  aisle to John Legend’s All Of Me, while wearing a full-length gown by  Kyha from Melbourne’s One Day Bridal.

The nuptials’ colour scheme was green, and Clarissa carried a bouquet of white and green orchids, adding green tourmaline and diamond earrings to her ensemble. 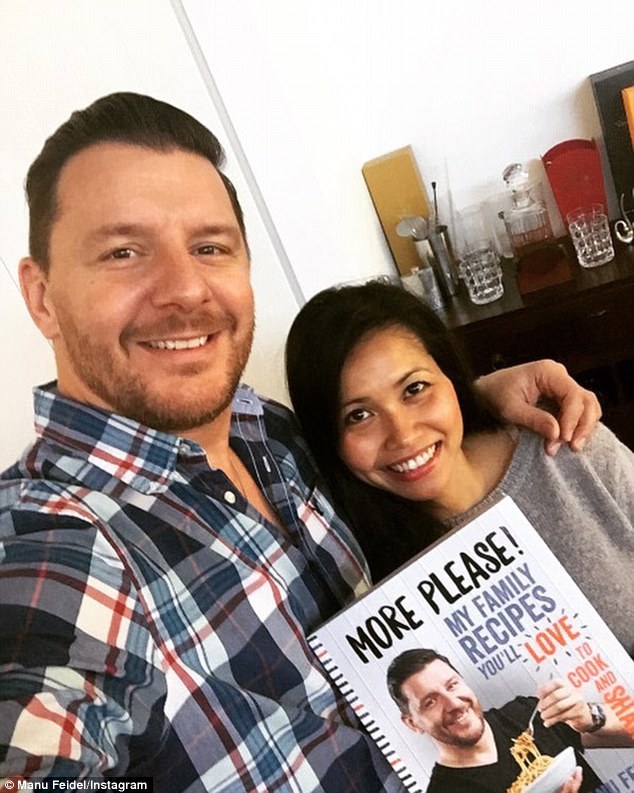 ‘Life happens when you are making plans!’ The couple had been engaged for four years