Is that you, Manu? French chef Fieldel shows off his incredible 12kg weight loss as he films My Kitchen Rules in Sydney with fellow judges Pete Evans and Colin Fassnidge

Manu Fieldel was spotted looking much slimmer than usual on the set of My Kitchen Rules in Sydney this week.

The celebrity chef, 45, showed off his impressive weight loss in a navy blue suit as he filmed scenes alongside fellow judges Pete Evans and Colin Fassnidge in Circular Quay.

Slim and trim! Manu Fieldel was spotted looking much slimmer than usual on the set of My Kitchen Rules in Sydney this week

In an interview with New Idea in July, the My Kitchen Rules star confessed he was ‘getting really overweight’ before changing his lifestyle habits.

Manu said he spoke to his wife of a year, Clarissa Weerasena, about his desire to slim down, before utilising a few months off from work at the beginning of the year to focus on his health.

He said he lost the weight by cutting sugar, alcohol and carbs from his diet, and hitting the gym five days a week. 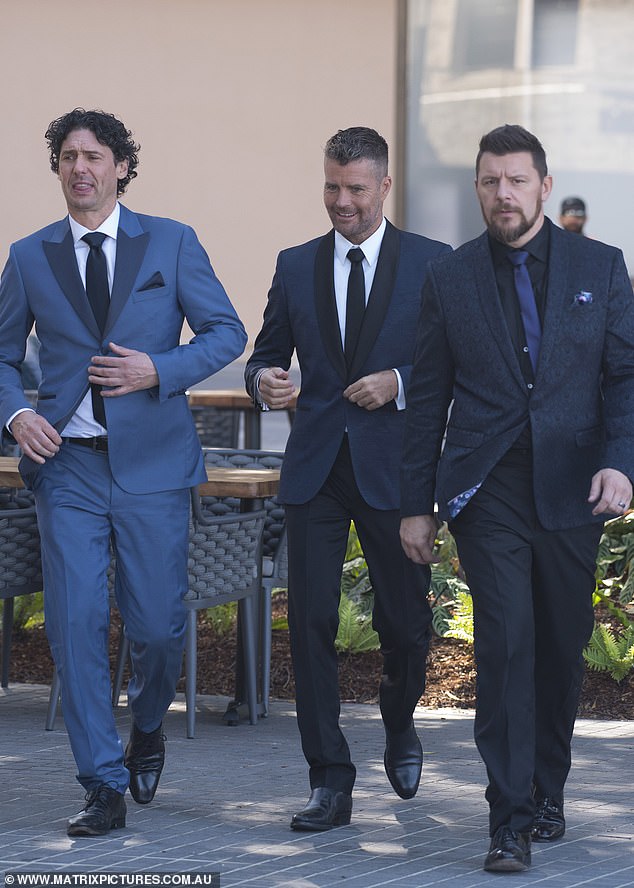 Impressive: The celebrity chef, 45, showed off his impressive weight loss in a navy blue suit as he filmed scenes alongside fellow judges Pete Evans (center) and Colin Fassnidge (left) in Circular Quay 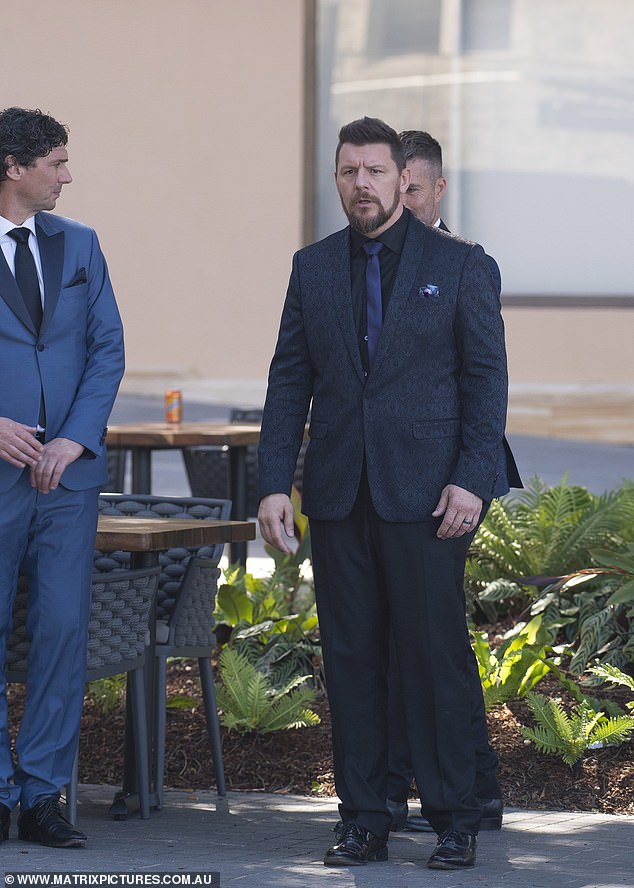 So suave! The 45-year-old’s stylish blue suit hung from his slender frame

‘I’m very proud I’ve finally got to where I wanted to go,’ he told New Idea.

‘After four months, I was 12 kilos down and I am still the same weight today, so I am really happy.’

According to TV Blackbox, MKR will undergo a major format change in 2020 in a bid to compete with Channel Nine’s rating juggernaut Married At First Sight.

The new-look show will involve past winners and ‘villains’ going head-to-head with a new batch of contenders in a ‘fans-versus-favourites’ style competition. 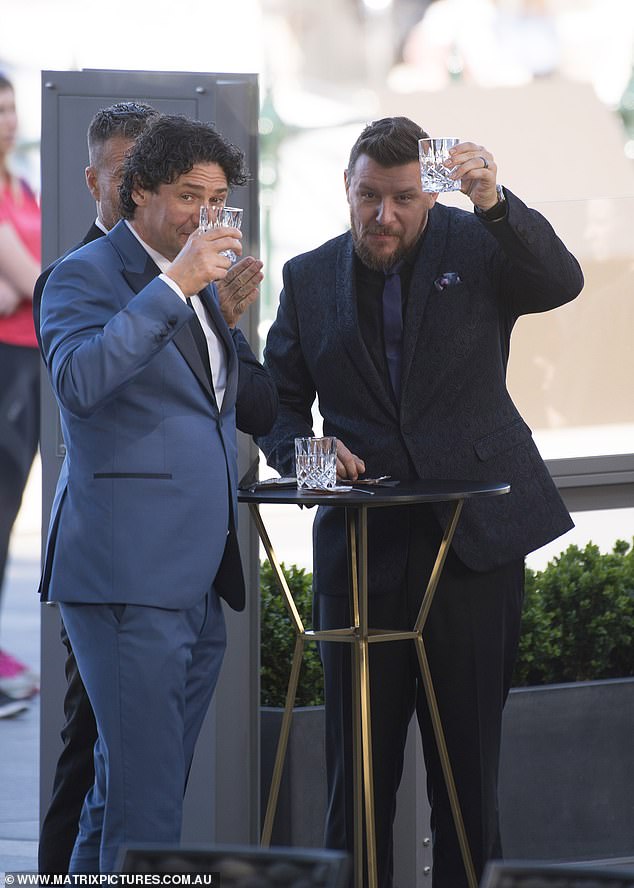 Cheers! Manu raised a glass of water in the air after cutting sugar and alcohol from his diet 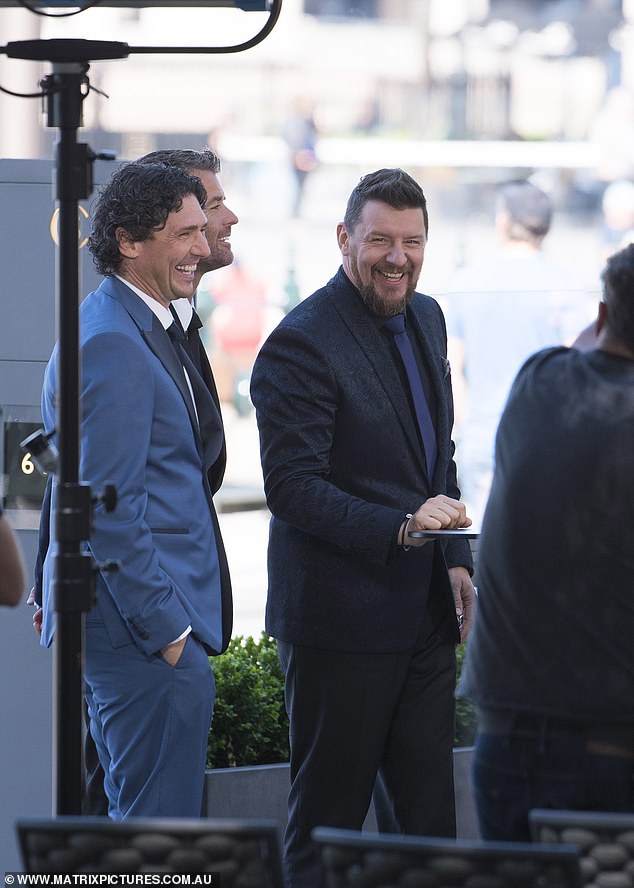 All smiles! The newly-slim chef couldn’t wipe the smile from his face

TV Blackbox editor Rob McKnight, who is a former Channel Nine executive, wrote: ‘In this series, it’s the contestants who will decide who goes into the sudden death cook-off, not the judges.’

MKR producers will also reportedly steer clear of the typically ‘over-produced’ storylines in favour of a more realistic feel.

Woman’s Day has previously made similar claims, with an insider telling the magazine in July that ‘desperate producers’ had begun recruiting some of the series’ past contestants for the upcoming season. 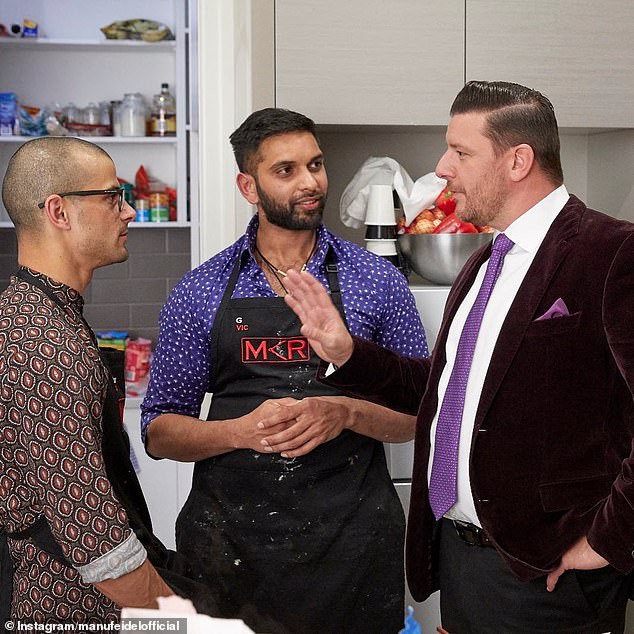 Flashback: Manu sported a much fuller figure on the set of My Kitchen Rules in previous seasons