Manuel Pellegrini brands La Liga as a ‘DISGRACE’ as it has ‘the most time-wasting, the most dives’

Manuel Pellegrini brands quality of La Liga as a ‘DISGRACE’ due to having ‘the most time-wasting, the most dives’ and the Real Betis manager claims it makes the Spanish top-flight the ‘slowest league in Europe’

Real Betis manager Manuel Pellegrini has branded LaLiga a ‘disgrace’ as it’s constant time-wasting and diving makes it ‘the slowest league in Europe’.

The former Manchester City and West Ham manager has endured a difficult start to the season with the Spanish club, drawing their first two matches of the season against Mallorca and Cadiz 1-1.

Betis played Friday night’s stalemate with Cadiz in front of 23,000 fans at their Benito Villamarin Stadium but Pellegrini claims the Spanish teams owe it to the fans to improve their ways as players are spending too much time on the floor. 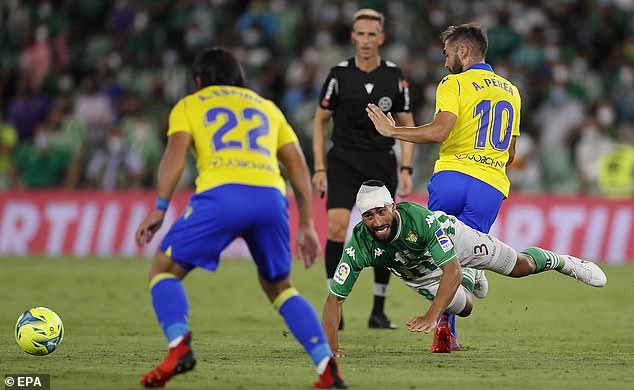 An angry Pellegrini told his post-match press conference: ‘We have to make an effort between referees, coaches and players so that La Liga is not this shame because in the referees’ meeting they told us that it is the slowest league in Europe.

‘People want to watch a show, and we’re not giving it to them. The most time-wasting, the most dives, it’s a disgrace.

‘There is a show that we have to take care of. People pay a ticket for something.’ 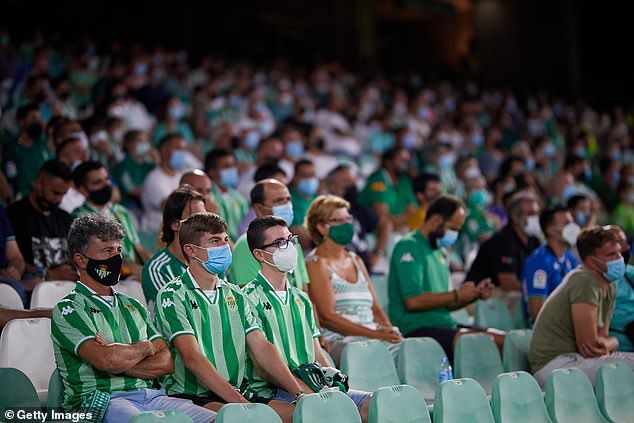 Betis’ draw with Cadiz saw the away side earn a penalty in the opening seven minutes when Anthony Lozano went to ground in the area as he tried to round R goalkeeper Rafa Silva.

Former City striker Alvaro Negredo, who Pellegrini worked with at the Etihad Stadium, scored from the spot after his initial penalty was saved by Silva but was asked to be retaken as the Betis shot stopper was too far off his line at the first attempt.

Juanmi equalised for Betis just over ten minutes later with a close-range header and while the home side knocked on the door for the rest of the day to try and complete the turnaround, Pellegrini was left frustrated again. 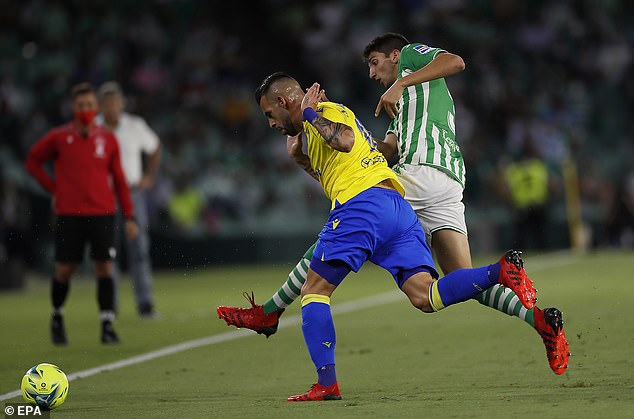 Things do not get any easier for Betis next weekend, as Pellegrini’s men take on Real Madrid at home on Saturday night looking to claim their first three points of the season.

The Chilean coach’s comments about LaLiga come just weeks after LaLiga lost its biggest star, Lionel Messi, as the Argentine was forced to leave Barcelona earlier this month due to the club’s financial problems.

The 34-year-old has since signed a two-year deal at French side Paris Saint-Germain on a £1million-a-week contract, but is yet to make his debut for the Ligue 1 giants so far.