Legal duty: Local authorities have to provide funerals in the last resort

Many councils are failing in their duty to provide funerals when families cannot afford to pay for them, an undercover probe by a charity has revealed.

This discovered some councils are wrongly turning people away or giving out duff information, while many either have no details about public health funerals on their websites or don’t provide contact details.

Local authorities have a legal duty to provide funerals in the last resort when families cannot be traced or are unable to fund them.

But a secret investigator posing as a bereaved nephew met with numerous obstacles and a ‘shocking’ lack of compassion by staff when contacting several dozen councils, according to the report by Quaker Social Action.

Industry data this year found the cost of a basic funeral is £4,184 on average and the price of budget cremation is £1,554, but even the cheapest option is beyond the means of some families, who end up in debt as the only way to pay the bill.

QSA runs a funeral costs helpline called Down to Earth for people in this position, and the Government provides help via funeral expenses payments – find out if you qualify for the latter here.

Meanwhile, the Financial Conduct Authority recently confirmed a move to clamp down on how funeral plans are sold to people looking to protect relatives against the expense in advance, following an outcry against rip-off providers led by This is Money’s sister publication Money Mail.

‘Most treated me in a cold dispassionate manner’: Undercover investigator reveals more about council probe and a bereaved relative recounts her real life experience of trying to arrange a public health funeral below

What did charity’s undercover probe find out?

QSA says that the circumstances where a council might need to carry out a funeral are when a deceased person has no traceable family or close friends, or no one is able to take financial responsibility, or no one is willing to due to estrangement.

Its investigation looked at 40 councils and found 65 per cent either didn’t have information online or had no contact details online for those needing to report a death requiring a public health funeral – ignoring two key recommendations in the Government’s good practice guidance.

More than half of the websites that did carry information were incorrect or misleading, usually falling down when it came to explaining councils’ legal duties, and a third misrepresented the circumstances under which you can access a public health funeral, according to the report.

What help is available if you are struggling to pay for a funeral?

People who qualify can claim the funeral expenses payment to help meet costs. Details of who can claim and the process are provided by the Government here.

Costs are split between ‘necessary’, which are uncapped, and ‘other’, capped at £1,000.

This system covers England and Wales, and there is information about Scotland’s payments here, and Northern Ireland’s here.

Meanwhile, local councils in England and Wales provide public health funerals under their statutory obligation to make arrangements for deceased people where no one can be traced, or is able or willing to undertake the task.

Scotland and Northern Ireland councils are covered by separate but similar legislation.

Two local authorities indicated that they could cremate someone against their wishes if there were insufficient funds or the cost was deemed unreasonable, which would break the relevant public health legislation from 1984.

Six authorities said that family and friends could attend a public health funeral, but one added that if there was a ‘refusal to pay’ it would be under ‘no obligation’ to inform them of the time and place.

The QSA investigator rang the 27 councils which failed to provide information or a contact number, and told them his uncle had died and the body had been collected, but a funeral hadn’t been arranged.

He stated that he received working tax credit, but had been told by the Department for Work and Pensions he was ineligible for a funeral expenses payment.

The investigator only managed to get through to the right council department in 15 cases. In four cases, he had to leave a message and was not called back, so was unable to confirm whether he had reached the right place.

In one conversation where he reached the correct department, he was told they could not take referrals from the public, only a coroner, hospital or social worker. And in another, a staff member said the council would not help if there was any next of kin, regardless of whether they could afford a funeral.

QSA says there is no provision in legislation for councils to impose either of these rules, adding: ‘Our research raises concerns that in some cases councils are abdicating their duty and that people who need help are falling through the cracks.’

The charity researched the 32 London boroughs plus a further eight councils selected for geographical spread, population size and deprivation.

It says it chose to review a small number of authorities because it has limited resources and could only provide a snapshot of councils’ provision of public health funerals. Within that exercise, it also wanted to look at and compare all of the London boroughs.

What do the Government and local authorities say?

‘Our heartfelt sympathies are with those who’ve lost a loved one,’ says a spokesperson for the Ministry of Housing, Communities and Local Government in response to the QSA report.

‘Councils have a duty to bury or cremate a person where there are no suitable alternative arrangements.

‘To support them Government has developed good practice guidance on how to deliver public health funerals safely while ensuring dignity for the deceased.’

The guidance is intended as a useful resource, and may help local authorities that have seen an increase in the need for public health funerals during the Covid-19 pandemic, the ministry adds.

A spokesperson for the Local Government Association, says: ‘Public health funerals are a last resort when family or friends cannot be identified to arrange a funeral, or no one is willing to do so.

‘When arranging these funerals, councils will seek to ensure the religious beliefs or wishes of the deceased are respected and they are provided with a dignified funeral.

‘All funerals have been affected by the Covid-19 pandemic and councils have been working hard to ensure that the safety and dignity of funeral services are maintained in these challenging circumstances.’

The LGA, the national membership body for local authorities, says it was consulted by the Government on the development of public health funeral guidance for England last year, and this has been in place since September.

‘I just couldn’t afford to take on the debt’: Samantha struggled to arrange funeral for estranged brother

Samantha was helped by Down to Earth to persuade a council that it had a statutory duty to provide a public health funeral for her brother Kevin, whom she hadn’t spoken to for 11 years and who had no other close relatives.

The charity says that after an exhaustive period of phone calls, legal guidance, and emotional support from her family, Samantha finally convinced the council to arrange a simple, non-attended funeral for Kevin more than three months after he died. 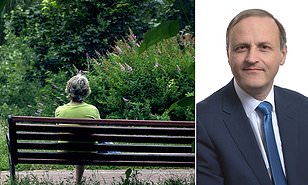 Samantha says: ‘I started looking into direct funerals but the prices were from about £1,500 to £2,500. I just couldn’t afford to take on the debt.

‘I’d fallen out with Kevin after he didn’t turn up to our Dad’s funeral – we’d barely been in touch since. It wasn’t just Kevin’s funeral costs. When I called to try and give up his flat, I was told I would need to pay for any repairs.

A Down to Earth staff member helped Samantha contact the council about a public health funeral for Kevin.

‘We were being passed from pillar to post. People kept giving me different numbers and I was going round in circles – I wanted to give up,’ says Samantha.

‘It was about doing right by my mum. If she was looking down I knew she would have been saying that I need to do something. At this point Kevin had been in the mortuary for four or five weeks. It was looking more and more disrespectful that he hadn’t had a funeral yet.’

After refusing twice, the council eventually agreed to give Kevin a public health funeral when Down to Earth quoted specific legislation from the Public Health (Control of Disease) Act 1984.

Samantha says: ‘They did ask if I wanted to attend and I said no as I didn’t want to cause more expense if there wasn’t enough in his estate. All I wanted was to lay Kevin to rest.

‘I scattered his ashes on my mum’s grave. When I can afford it I’ll put on a headstone so it does show that he was here. I don’t think you should have to argue for a public health funeral. It should be made more straightforward and quicker. Without Down to Earth I wouldn’t have known where to turn.’

Undercover probe: There was ‘a litany of inappropriate comments’, says investigator

A Down to Earth volunteer, posing as a bereaved nephew of limited means, rang 27 councils which did not have information about public health funerals online.

‘In many cases it proved difficult or even impossible to speak to the right department or person,’ he says.

‘Most council switchboard operators did not know which department dealt with public health funerals or funeral-related issues and seemingly did not have access to information to find out.

Down to Earth investigator

‘If I was transferred to a department (often adult social services), the majority of council employees I spoke to were not aware of their council’s policy and only a few offered to find out. Many seemed reluctant to help and simply directed me to the DWP to apply for the funeral expenses payment.

‘On numerous occasions, even after informing them I had been in touch with the DWP and I didn’t qualify, I was simply told to call them again.’

He goes on: ‘The most shocking aspect though was the lack of compassion shown by many council employees. Despite informing them of my recent loss and requesting help, most treated me in a cold, dispassionate manner, and in some cases I felt I was an inconvenience.

‘When I finally did get through to the right person I often felt as if I was being interrogated. I was pressured into divulging personal information (for example, addresses, financial information, work status, for both myself and the deceased) despite having made it clear that I was just making an enquiry and even, at times, after clarifying I was not comfortable giving out such details at this stage.

‘Several even became indignant and rude after my clarification and told me I might not receive any help at all unless I complied immediately.’

‘While some staff members were kind and offered condolences, there was also a litany of inappropriate comments.

‘One person told me that after the cremation “the remains are thrown in a peace garden” and another scoffed when I asked if it would be a burial or a cremation, indicating it was ridiculous even to suggest a burial.’

He concludes: ‘Overall, I was astonished by the lack of compassion, knowledge and the unwillingness to help. Many councils either stated that it wasn’t something they provided or that I didn’t qualify.

‘Of these, only five councils ventured to offer advice by specifying organisations I could contact for further help, beyond the DWP. The vast majority offered no additional help at all.’