Cheeky ‘new map of Australia’ separating Queensland, NSW and Victoria from the rest of the country and renaming them ‘Corona Island’ goes viral – leaving some Aussies furious

Coronavirus-hit Queensland, NSW and Victoria have all been brutally cut from a new map of Australia that has gone viral as the pandemic rages on.

The remaining states have been labelled Australia while the three rejects have been dubbed ‘Corona Island’ in the picture circulating on Facebook.

It mirrors a similar map that went viral earlier this month with Victoria removed from the natoin after Melbourne went into its second lockdown.

The modified map has been shared more than 1,000 times with some Australians admitting they would prefer the country to actually operate like the graphic as cases soar in the eastern states.

Queensland, NSW and Victoria have all been brutally cut from a new map of Australia that has gone viral on Facebook

‘Unless vaccine for COVID-19 is found, I’d rather it stays this way because we can’t afford to close our borders to the rest of the world forever,’ one commenter said.

Others found the map ‘hilarious’ but some weren’t so thrilled with being exiled from the rest of the country.

‘This is not funny at all my family have been in lockdown again for the last four weeks and it looks like it will go on for a lot longer. There are people in my work place dying with their family unable to have proper funerals and hundreds getting sick everyday because of a very small amount of people doing the wrong thing,’ one Victorian said.

The map’s popularity comes as NSW and Victoria saw an alarming jump in coronavirus cases.

Victoria suffered its worst day on record on Thursday, recording 723 and 13 deaths before suffering a further 627 cases and eight deaths on Friday.

Melbourne and the Mitchell Shire are currently in the midst of their second lockdown and masks will be mandatory across the entire state as of midnight on Saturday. 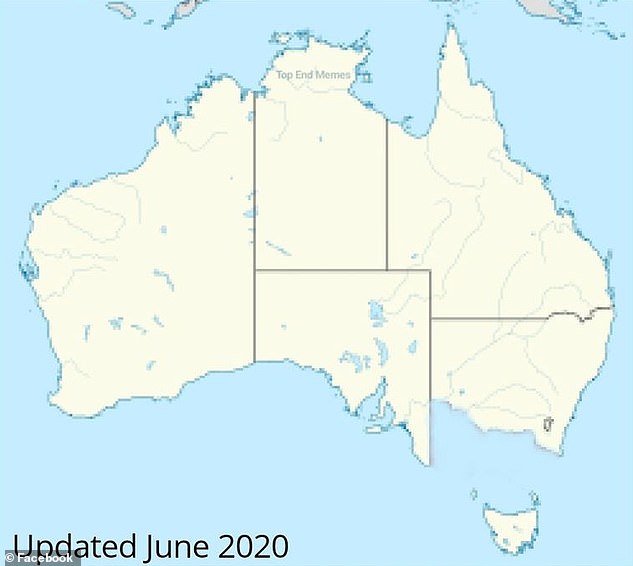 There are increasing fears of a second lockdown in NSW following a cluster of cases in Sydney.

NSW announced another 21 coronavirus cases on Friday, with just two being linked to travellers in hotel quarantine.

Of the 21 new cases, two have been linked to the funeral gatherings cluster in Bankstown area.

Three of the cases are associated with the Our Lady of Lebanon cluster at Harris Park and a further two with the Thai Rock restaurant at Wetherill Park. 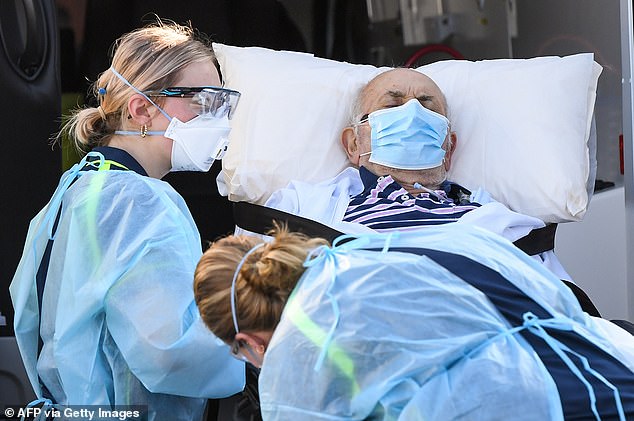 Six of the newly discovered cases are associated with The Apollo restaurant in Potts Point and two positive tests with the Mounties Club.

Queensland has also been exposed to the deadly virus after two women allegedly lied on their border declarations when they arrived in Brisbane from Melbourne via Sydney on July 21.

Days later they felt sick but allegedly carried on working, socialising and visiting restaurants and cocktail bars while waiting for their test results – which came back positive.

Diana Lasu, 21, and Olivia Winnie Muranga, 19, along with another unidentified 21-year-old woman, have been charged with one count each of providing false or misleading documents and fraud over their alleged lies to authorities when they arrived in Brisbane. 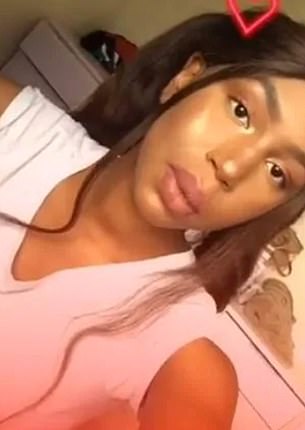 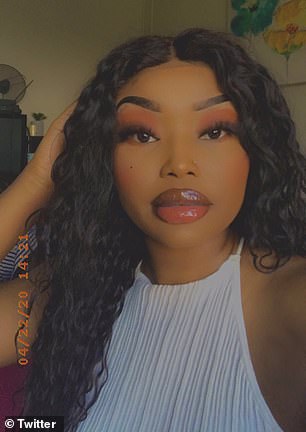 Olivia Winnie Muranga (left) and Diana Lasu, (right) both 19, arrived together in Brisbane from Melbourne via Sydney on July 21