‘We don’t want that to happen again’: Marc-Andre Ter Stegen warns Barcelona about complacency ahead of Manchester United showdown

Barcelona goalkeeper Marc-Andre Ter Stegen has warned the Spaniards to guard against another Champions League upset when they defend a ‘dangerous’ lead over Manchester United in the Nou Camp.

But the five-time European champions have not progressed beyond this stage since last lifting the trophy in 2015 and went out on away goals to Roma this time last year despite winning the first leg 4-1.

‘We don’t want that to happen again’ said Ter Stegen at Barcelona’s training ground on Monday.

‘We need to bear it in mind and look forward. It was hard of course but it’s another year on, we got over it.’

Barca have not lost at home in Europe for the last six years but are well aware that United fought back to stun Paris Saint-Germain in the last round after losing the first leg 2-0 in Manchester. 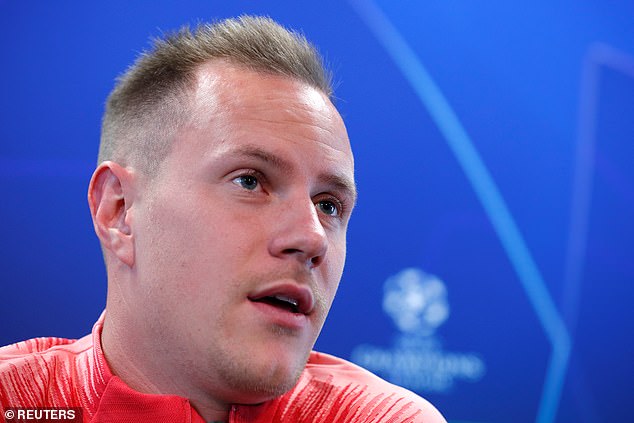 Ter Stegen said: ‘The result we got in Manchester is dangerous because it’s a small advantage’ 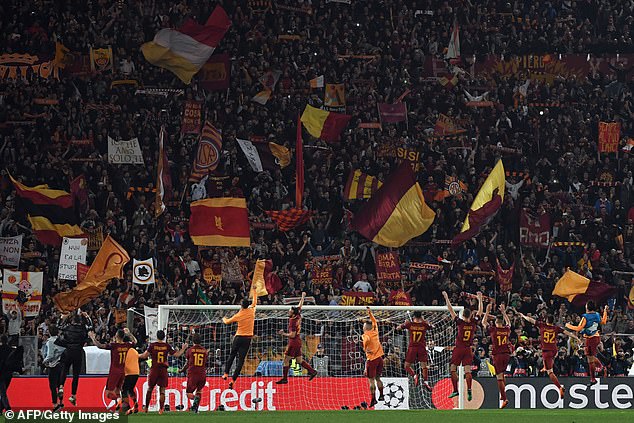 ‘The good thing is that we play differently to PSG but they are really dangerous,’ added Ter Stegen.

‘The result we got in Manchester is dangerous because it’s a very small advantage – it’s not enough to defend. We need to step forward and create risky situations. We have to keep the ball and create good chances and score.

‘United are very quick. You always have to have be alert. I think it’s key to win this very difficult game tomorrow. 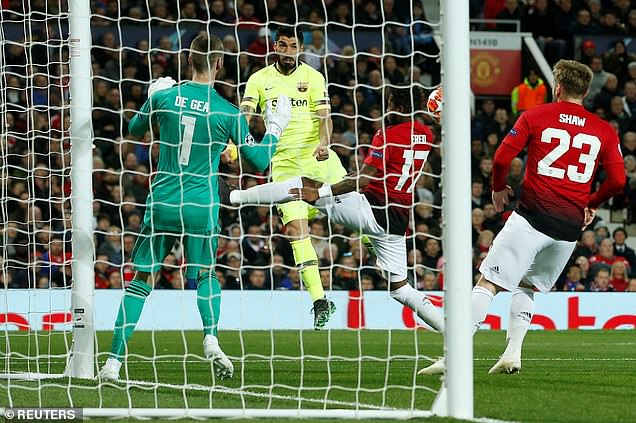 ‘They know how to play in a very calm way. They made things really hard for us. Tomorrow we want to go out and master the game, have the ball as much as possible.

‘We are facing this team who is eager and so are we. They have had some games away they won and of course the advantage is not so big for us.

‘We want to defend it and uphold it but we want to state our superiority and for that we need to play a good game.’ 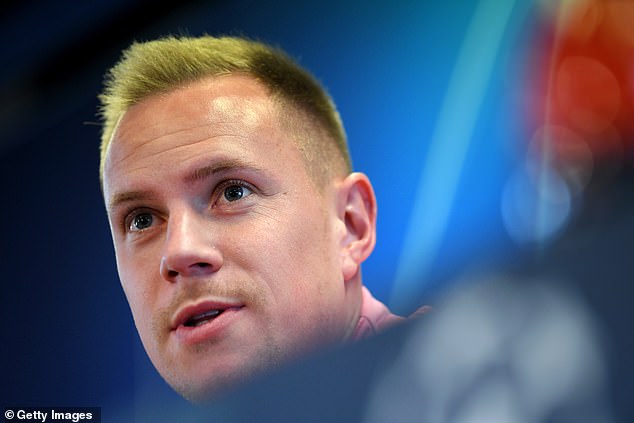