Marc Overmars, director of football at Ajax, has warned Barcelona that not even crazy money will entice Ajax to sell their trio of talented youngsters.

‘Clubs that are interested are free to come back next year. But we have now reached a point where we simply say that we are not selling these players,’ Overmars told De Telegraaf. 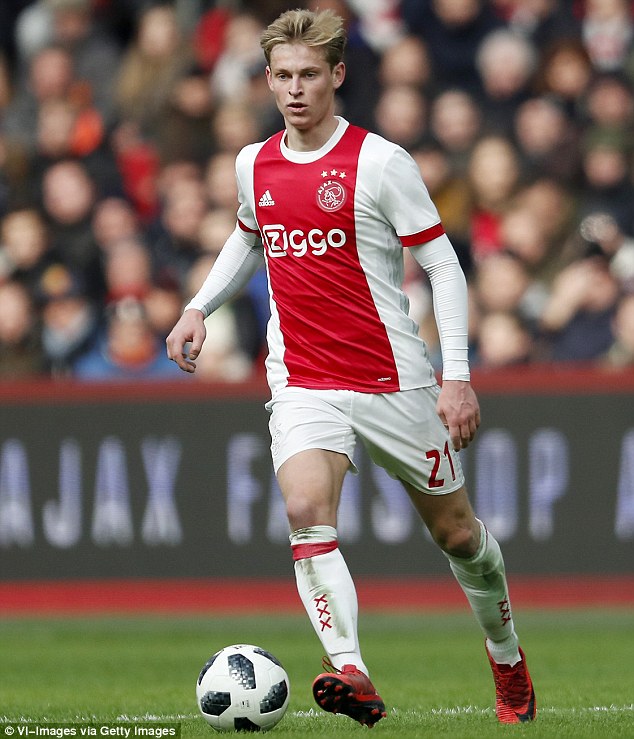 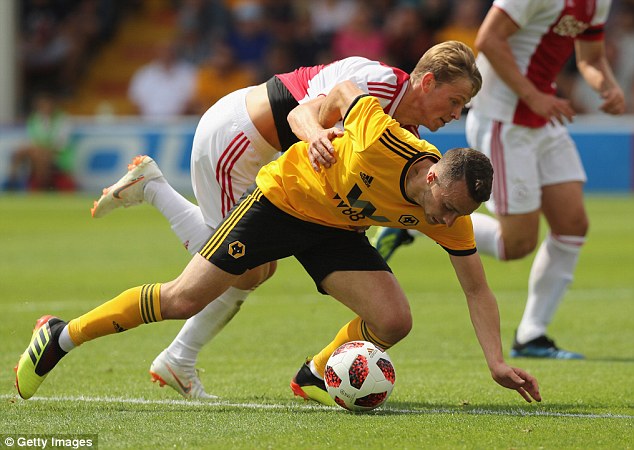 He added: ‘They are still only 19, 20 years old. Frenkie de Jong, Donny van de Beek and Matthijs de Ligt are not for sale as far as we are concerned, not even for an insane amount.

‘Of course, Davinson Sanchez’s move [to Tottenham] last year showed that it is not always easy to stand firm.

De Ligt, the youngest of the three, has spent 10 years at the Dutch club and made his debut for the senior side in September 2016 against Willem II. On that day he became the second youngest goalscorer in Eredivisie history when he scored from a corner after 25 minutes. 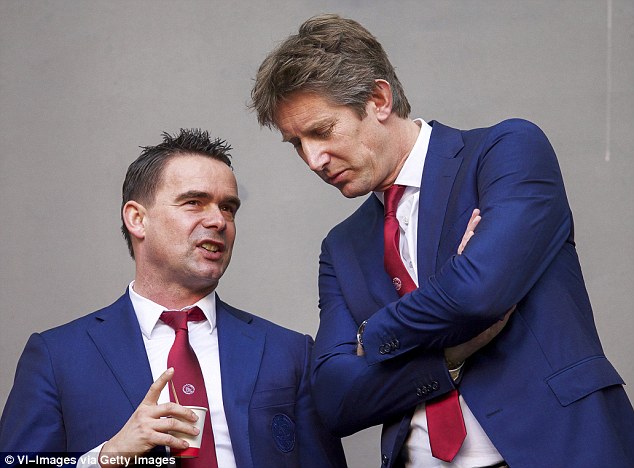 Barcelona will not be able to buy any of the trio, insists Ajax’s Marc Overmars (left)

Playing at centre-half, he has been a feature of Ajax’s defence for two seasons now, playing more than 50 Eredivisie games.

Barcelona have their target on his back as they consider a long-term replacement for Gerard Pique.

After entering the senior fold in the spring of 2015, De Jong has established himself as a focal point of the Ajax side and would have made more appearances last season had he not missed the final nine games through injury.

The versatile youngster can play as a midfielder, in a central or holding role, or as a centre back, and he split his time between them evenly last season as he contributed nine assists and a goal in 26 appearances in all competitions.

De Jong hasn’t made it a secret that he is a big fan of the city of Barcelona. He has holidayed there with De Ligt and Justin Kluivert.

The final young Dutchman on Barcelona’s radar, Van der Beek, has impressed with his play in the centre of Ajax’s midfield.

Van der Beek made his international debut for Holland against Romania in November 2017. He has since gone on to earn a further three caps for his country.