Marco Asensio is filmed greeting his grandmother after Ajax win

It turns out Real Madrid and Marco Asensio had a few extra fans inside the Johan Cruyff Arena when they beat Ajax last week.

Video footage released by the club revealed that the Spain midfielder, who has family in Holland, greeted his relations following the 2-1 victory, after they had travelled from around Holland to attend the game.

That included his grandmother, who Asensio embraced and shared a conversation with in, to many on Twitter’s surprise, Dutch. 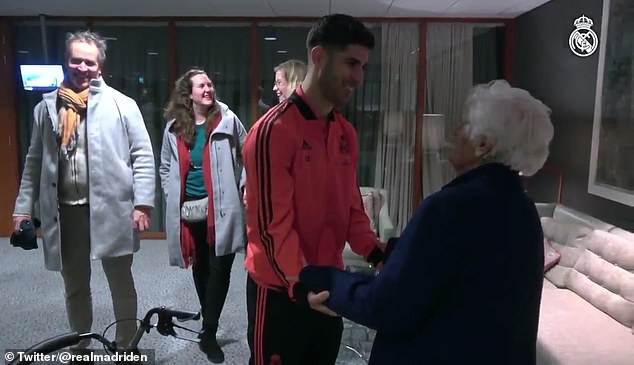 The 90-year-old was in high spirits after seeing her grandson score, and she proudly showed off a Real Madrid pin, gifted to her by the club.

There was one warning from her though, as Asensio went to leave, as she pleaded with him to come and visit Holland again soon.

‘You can’t wait so long to come back next time,’ she said, ‘because I won’t be alive anymore!’

Asensio dedicated his goal during the game to his family, a strike that sealed a 2-1 first-leg win for Santiago Solari’s side.

The second-leg takes place in Spain on March 5. 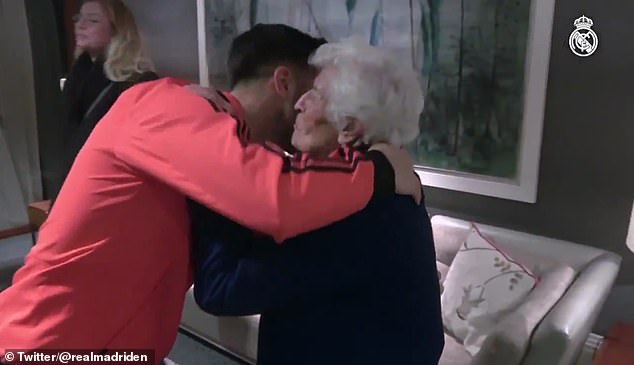 Asensio’s grandmother spoke to him in Dutch, with the 23-year-old able to hold conversation 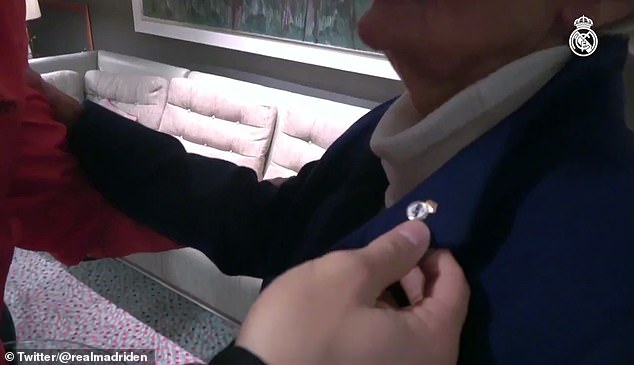 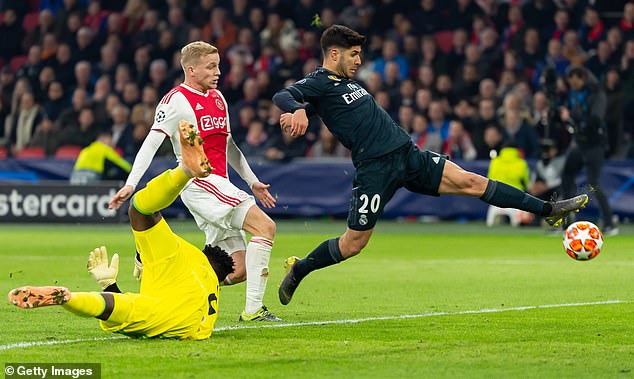