Marco Asensio has revealed he had a poster of his ‘idol’ Zinedine Zidane on his wall as a youngster.

The Real Madrid star has surged into the limelight under the watchful eye of Zidane since making his debut in 2016, and for Asensio, there is no one he would rather learn his trade under.

He explained to BeIn Sports how he has idolised his manager from a young age and has even remodelled his own game since playing under Zidane.

‘I had a poster of Zidane in my room, he was my idol when I was little,’ he said. ‘He had such elegance and a lot of talent and everything that I loved in footballers, he showed on the pitch.’

After a slow start to their season, which has consequently seen Real’s hopes of La Liga glory slip away rapidly, Zidane’s men are heading full-steam ahead as they push for a third-successive Champions League crown.

Real host Juventus in the second leg of their quarter-final tie on Wednesday night, with their place in the last four all but secured after hammering their opponents 3-0 in Turin last week.

‘We showed against PSG and Juventus, we showed that we are the same team as last season and we have returned to the level which helped us achieve our objectives then,’ Asensio said before explaining how his game has developed under Zidane. 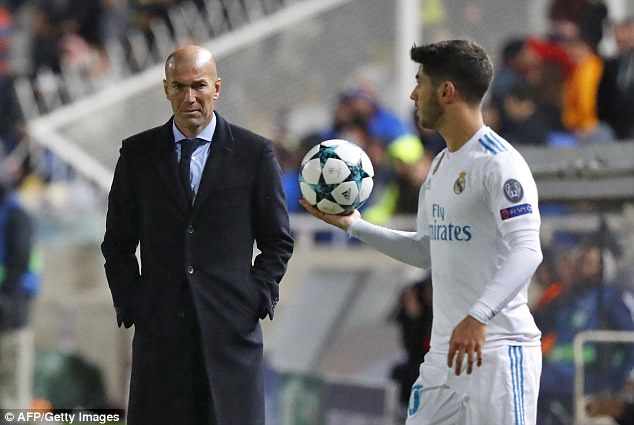 ‘I have changed my own way of playing, I have tried to develop and my game now is more natural, with more flow.’

Asensio has six goals in his 26 La Liga appearances and the former Espanyol star looks to be an exciting prospect for Real in the years to come.

As well as Real, though, Spain will also be looking to benefit from the attacking midfielder’s talents with his place in their squad for this summer’s World Cup likely to be secured already.

The 22-year-old has 10 caps for his country with his most recent coming in their 6-1 thrashing of Argentina last month, where he scored twice.

Spain certainly set down a marker when they stunned one of their fellow favourites for glory in Russia, but Asensio was reluctant to lay down any rash predictions.

He added: ‘The World Cup? Spain have many great players with a great Coach and hopefully we have a strong tournament in the World Cup.’ 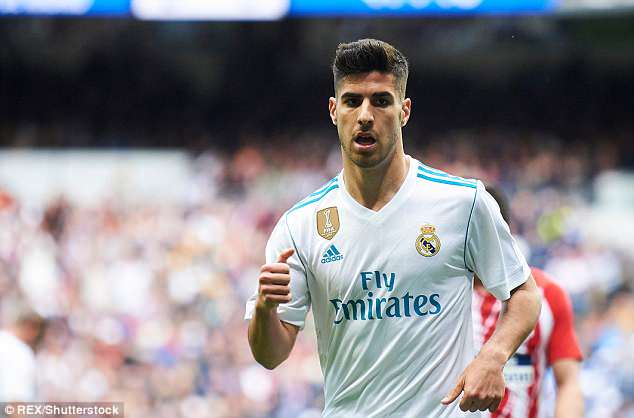