‘It absolutely stinks!’: Marco Reus turns on Borussia Dortmund’s defenders for ‘always making the same mistakes’ after defeat by Borussia Monchengladbach sees them drop out the Bundesliga top four

Marco Reus slammed Borussia Dortmund’s defenders for ‘always making the same mistakes’ after a 4-2 defeat by Borussia Monchengladbach saw his side drop out of the top four.

Dortmund came from 1-0 down to lead 2-1 thanks to an Erling Haaland brace but they were pegged back by their opponents, who ended their 11-game losing streak.

The result saw Monchengladbach replace Dortmund in the Champions League places and BVB are now ten points behind league leaders Bayern Munich, who have played a game less. 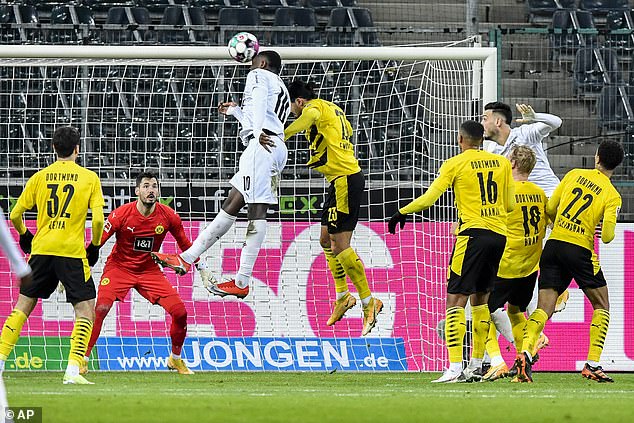 A frustrated Reus laid into his team’s defenders and admitted the club face a struggle if they don’t start performing better.

‘If we don’t turn things around, it will be difficult,’ Reus told ZDF after the game.

‘It’s always the same mistakes that we make. It absolutely stinks!’ 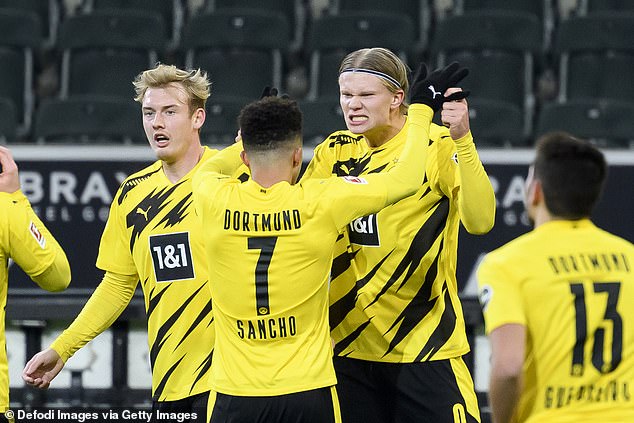 Interim boss Edin Terzic also outlined his anger at how easy his side had made things for their opponents after initially taking the lead.

‘The effort we had to put in to score a goal was significantly higher than it was for Gladbach,’ he told DAZN.

‘We’ve now conceded simple goals in the last three games. It’s a shame and bitterly disappointing when you play a good attacking game and then you can’t finish the job in defence.’ 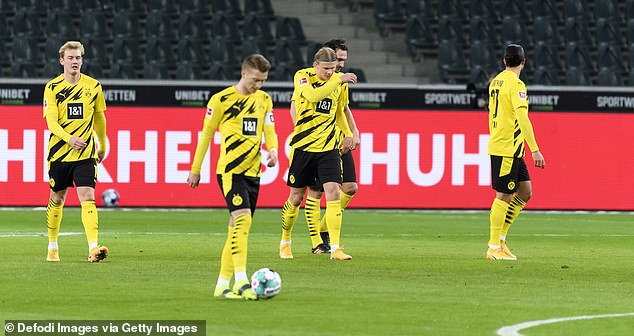 Dortmund started the year with back-to-back victories against Wolfsburg and RB Leipzig but have taken just one point from their last three fixtures.

However, second placed Leipzig are 12 goals better off having conceded 14 while Bayer Leverkusen have conceded 17 times.