By Kathryn Batte For The Mail On Sunday

Chalobah was initially shown a yellow card by referee Darren England after he had lunged into a studs up tackle on the Newcastle midfielder. But VAR official Mike Dean advised England to check the monitor and the official eventually decided to brandish a red card.

Newcastle took the lead three minutes after Chalobah was sent off before going on to win 4-1.

‘We had a game until the sixth or eighth minute after that it was a completely different game,’ Silva said.

‘It was a harsh tackle from Nathaniel in that moment. The referee was clear, for him [it was] a yellow card, he told me.

‘Of course after the decision from Mike Dean, it changed everything completely. So long time to take one decision like that and to advise the referee [to change his mind] for me is strange. 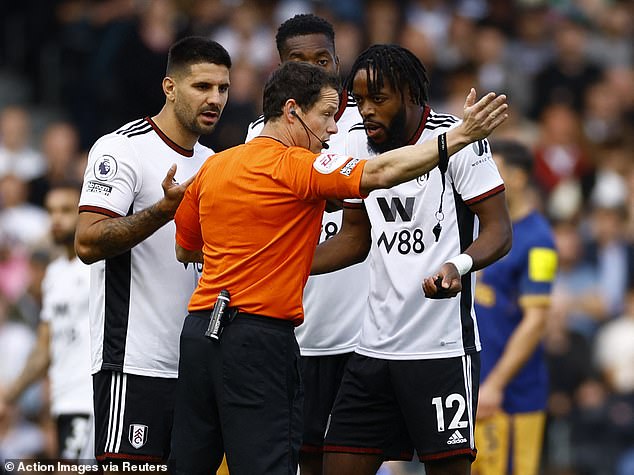 ‘Where is the consistency in these types of decisions? It makes things easier for Newcastle definitely, even so, I think our first half after the red card was not at the level it should be.

‘[We were] too sloppy, we knew that with 10 players they would push us back. It is normal, it is difficult to press really high in that type of moments. When we are playing in our own half we should be much more aggressive. It was a strange afternoon for all the situations, the red card, the decisions from Mike Dean as well that I know will not be the same in the future.

‘I can accept the red card if the next 10 weeks, 20 weeks, I would see the same and I’m sure that will not be the same, this is the situation. In five weeks we will be speaking together again and there will be four or five tackles the same that will not be a red card.’ 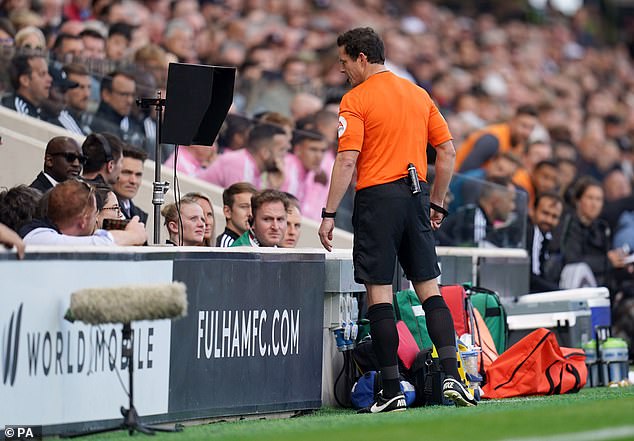