Marcos Rojo will return from injury in a reserve team friendly on Wednesday and could be back in action for Jose Mourinho’s side in the final Champions League group tie against CSKA Moscow next month.

Rojo has been sidelined since April when he ruptured the cruciate ligament in his left knee in the Europa League win over Anderlecht.

The Argentina defender is hoping to play 45 minutes for the reserves as he steps up his rehabilitation, and has set his sights on the CSKA game on December 5 for his first-team return. If all goes well, Rojo cold be available for the Manchester derby at Old Trafford five days later.

He said: ‘Tomorrow I am going to play a match with the reserves in a friendly match.

‘I feel good. Up until now I have not had any problems but training is not the same as a match so I will play 45 minutes tomorrow for the reserves.

‘In three weeks we have a Champions League game that and if all goes well tomorrow I could play in that.’ 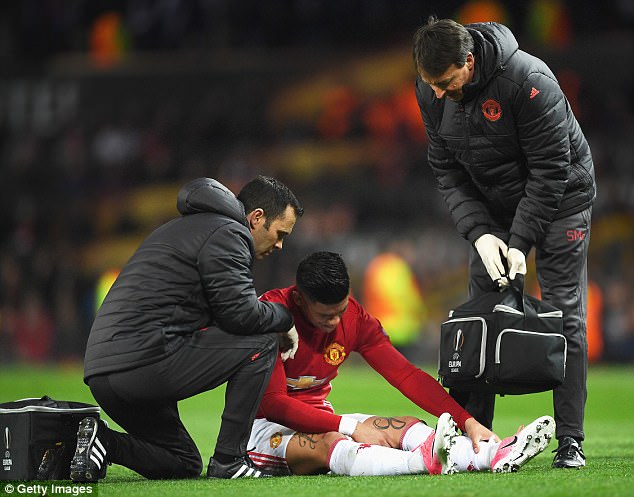 Looking further ahead, Rojo hopes to win a place in Argentina’s squad for the World Cup after Jorge Sampaoli’s side qualified for the finals in Russia against the odds.

He added: ‘have to win my place back in the team so that Sampaoli considers me for the World Cup.

‘I have been out a while but I am determined to get back into the national team. I want to show Sampaoli how good I am.’ 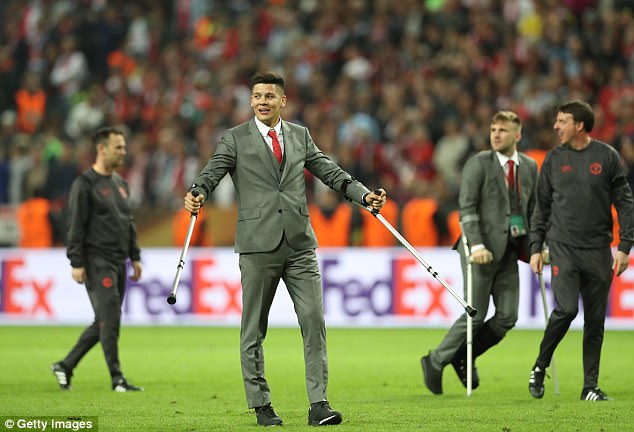