MARCUS: More illegal immigrants won’t save America – and when the Dream is gone, all is lost

Fresh off an election that proved a vast majority of Americans believe the country is veering dangerously off-track, Senate Majority Leader Chuck Schumer has an idea: Attract more illegal immigrants!

‘The only way we’re going to have a great future in America is if we welcome and embrace immigrants,’ Schumer announced on Wednesday in front of the US Capitol.

Sure, that’s fair enough. The United States is a nation built by immigrants, who can disagree with that?

But what came next raised some eyebrows, as Schumer called for legal amnesty for every single illegal immigrant living in American today.

‘Our ultimate goal,’ he said, ‘[is to] get a path to citizenship for all 11 million, or however many undocumented immigrants.’

A little much, no?

His justification for this dose of political extremism: American’s just aren’t having enough babies and we need the workers.

‘More than ever we’re short of workers, we don’t have a population that is reproducing on its own,’ he claimed in front of a nodding crowd of his supporters.

Depressed birth rates and depressed workers — if that’s not a sad commentary on the state of the country, and a grave threat, I’m not sure what is.

Sen. Chuck Schumer called for citizenship for those who came to America illegally at the Capitol on Wednesday, a policy that will obviously only encourage more illegal immigration, especially with a southern border that has become little more than a lawless turnstile 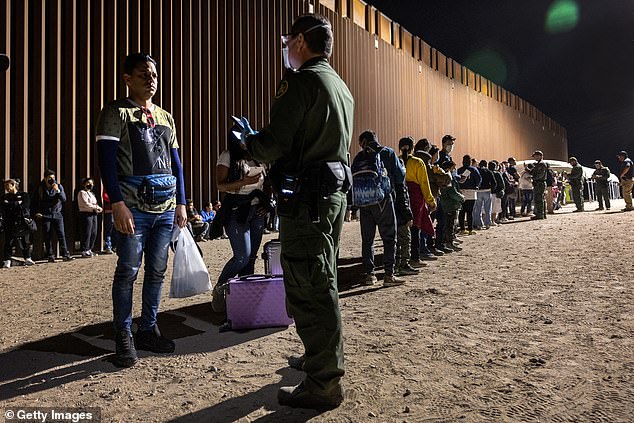 The Department of Homeland Security now expects 18,000 border crossers every single day. That is roughly the capacity of Madison Square Garden. Day in, day out

Maybe, Chuck, we should address that and not paper over the issue with illegal immigrants?

More on that later, but first, let’s clear up a couple things off the top.

The best and brightest, but also the neediest around the world, come to US to pursue the American Dream. Their passions and hard work fertilize the nation’s soil with new ideas and energy. They keep our nation at the forefront of innovation and imbue the country with vitality.

Of course, America should welcome immigrants with arms wide open. But that’s not what Schumer said.

He’s advocating for amnesty, he’s calling for citizenship for those who came to America illegally, a policy that will obviously only encourage more illegal immigration, especially with a southern border that has become little more than a lawless turnstile.

Add to that the recent elimination of Title 42, the Trump-era rule that permitted Customs and Border Protection to turn away migrants at the border because of concerns over the spread of COVID.

The Department of Homeland Security now expects 18,000 border crossers every single day. That is roughly the capacity of Madison Square Garden. Day in, day out.

Just as staggering: In 2022, the number of illegal immigrant apprehensions on the southern border topped 2.76 million, breaking the previous annual record by more than 1 million.

And Schumer thinks now is the time to give every illegal immigrant in America a free pass?

Those old enough to remember will recall that ‘amnesty’ has been tried before.

In the 1980s, former President Ronald Reagan granted amnesty to 3 million illegal immigrants with the promise that tougher border security and screening would follow. Somehow, the second part of the plan never came to fruition. 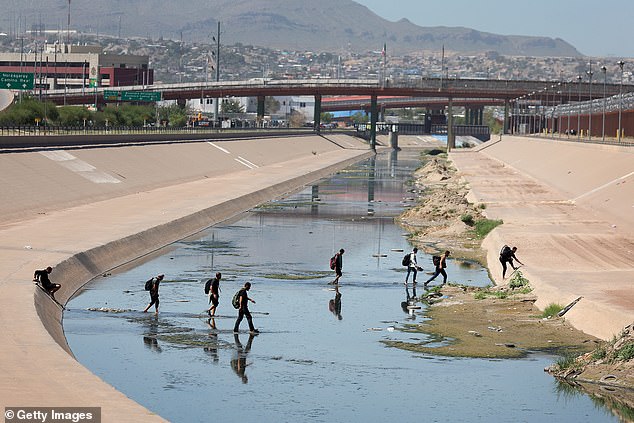 The DREAMers are one thing — they were brought to this country as children, they had no choice in the matter — but all 11 million illegal immigrants? We can’t compare adults knowingly breaking our nation’s laws to enter it with helpless children

Supporters of amnesty say it brings migrants out of the shadows, but how naive can they be?

Granting citizenship to illegals will be an enormous magnet to attract more and more into those newly vacated dark corners, including gang members and drug dealers.

Schumer also said something else that must be addressed: He lumped together DREAMers with the millions of adults living in America without proper documentation.

The DREAMers are one thing — they were brought to this country as children, they had no choice in the matter — but all 11 million illegal immigrants? We can’t compare adults knowingly breaking our nation’s laws to enter it with helpless children.

And perhaps most cynically of all, if Schumer was really concerned about America’s birth rates and its people (native-born and immigrant alike), he would be focused on restoring the American Dream, not granting amnesty.

The Labor Force Participation rate, the percentage of working-age people who are employed or actively looking for work, has been declining for decades. Then it plummeted during the pandemic.

The rate hasn’t recovered to pre-pandemic levels and it’s sitting at a nearly five-decade low.

And yes, US birth rates have been declining for decades. Shouldn’t we figure out why and address that, Chuck? Instead, he’s for importing cheap labor from around the world.

According to recent polling, more than half of American adults without children say they never want children. 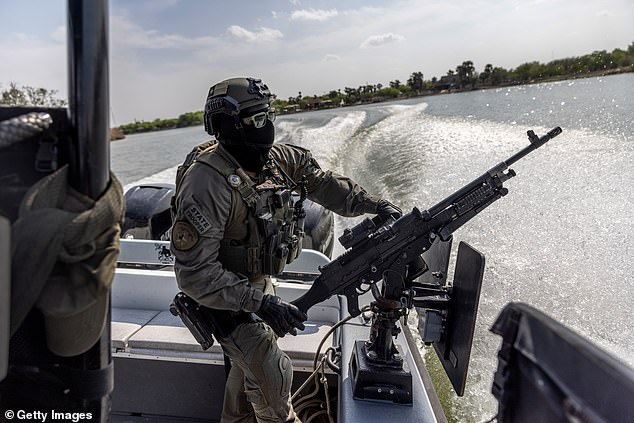 In 2022, the number of illegal immigrant apprehensions on the southern border topped 2.76 million, breaking the previous annual record by more than 1 million

There are myriad reasons but some 33% indicated that housing prices influenced their decision. Twenty-eight percent, of undoubtably irrational people, say climate change convinced them not to have kids.

And, of course, inflation is at near record levels. A recent Bank of America survey found nearly three in four American workers said the cost of living is outpacing their salary and wages. Meanwhile, the Federal Reserve Bank of New York says credit card debt has increased 15 percent this past year, the biggest jump in 20 years.

About a third of the childless also pointed to the political situation in the United States, citing safety concerns.

The current dearth of vibrancy in America is not caused by the lack of immigration, but by the lack of affordable homes, the rise of credit card debt and stagnant and declining real wages because of inflation.

There are the crazy fears of climate change, the teaching that America is inherently racist and evil, and finally, the loss of belief in the importance of the nuclear family.

Schumer and Pelosi have no answers to these problems. Instead, they want to plug the holes in our sinking economic ship with low-wage foreign workers as the American Dream becomes increasingly remote for all Americans.

America will always be a land of immigrants, but we have to remember why that is.

It is precisely because of the freedom and economic independence that is our nation’s promise. That very promise is undermined by a humanitarian crisis on our border, a panoply of poor policies and politicians who don’t care.

The bottom line: If the American Dream dies, then so does the desire of immigrants to come to America.

Schumer doesn’t offer a solution. In fact, he’s running us off this cliff even faster.