‘It hurts every day to see where we are now’: Marcus Rashford determined to drag Manchester United back to the top as he targets Champions League glory after signing new contract

Marcus Rashford admitted Manchester United’s current plight ‘hurts every day’ as he vowed to help restore the club’s former glory after agreeing a new four-year deal with the option of an extra year.

The 21-year-old enjoyed his best Premier League scoring campaign last season with 10 goals and, after a disappointing sixth-place league finish, wants to see his side return to the Champions League.

He told The Times: ‘It is a huge sense of pride and a huge feeling for me to sign the contract.

‘Me being a fan changes the emotional side of it. Say we lose a game, it affects me more than it should because I’m a fan.

‘It hurts every day to see where we are now, [compared] to where we’ve been in the past. I use that pain as motivation. It makes me more determined to put the club back where they belong.

‘There’s nothing I want more than to see the club winning the Premier League again, winning the Champions League again. Everybody here deserves much, much more than what we’re giving them right now, not only the fans, the club itself. They don’t deserve to be where they are now.

‘As players, we’re the ones who have the opportunity to try and forget about the past five, six years and put the club back on track.’ 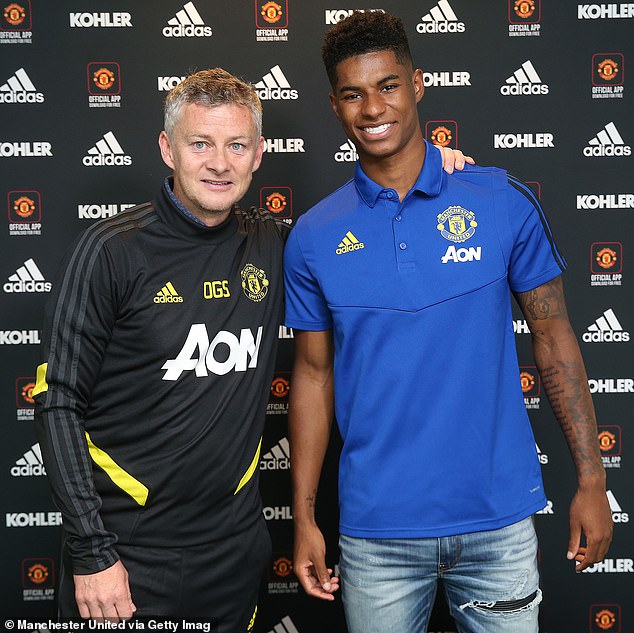 Since scoring a brace on his first-team debut against Midtjylland in February 2016, Rashford has made 170 appearances for the Old Trafford side and found the net 45 times.

At just 21 he has already played under three managers, but insisted that current boss Ole Gunnar Solskjaer was capable of delivering success.

He identified the former United striker’s high-level playing career as key to his positive impact around the club.

Rashford said: ‘He just gets it. He understands. He’s been a player here. He knows how we may feel in certain moments because he’s been there himself.

‘The fact that he understands us way more than a normal manager is why he’s fitted in straight away.’ 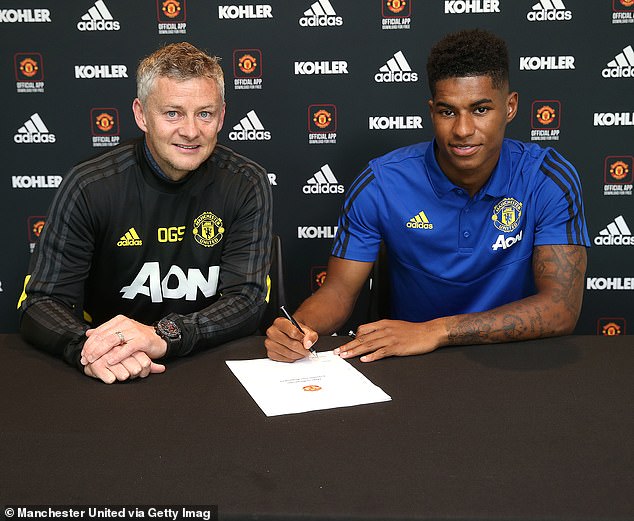 Despite a poor campaign last time out and increasing competition in the league, Rashford urged patience in correcting the club’s course, admitting success would take several years to return.

‘That’s what drives me every day. If I didn’t believe it, I wouldn’t be waking up every morning and giving 100 per cent to try and put the club back where they belong. I believe in the players, the staff and the manager.

‘The players have the faith in the manager now. If we’re going to do it, now’s the time. We’re looking forward to the new season. One season is not going to change it. It can take two or three seasons but I feel we’re ready to take the first step, and really start showing people that we are Manchester United.’