‘Margaret Thatcher is my role model’

Alice Weidel, a leader of Germany’s far-right Alternative for Germany (AfD) party, said the late British Prime Minister Margaret Thatcher is her political role model, saying Thatcher got Britain back on its feet when it was facing economic ruin.

Weidel said her party, which stormed into parliament for the first time after capturing nearly 13 percent of the vote, aimed to be ready to join a coalition government by 2021.

That could be a long shot since all mainstream parties have rejected working with the AfD. 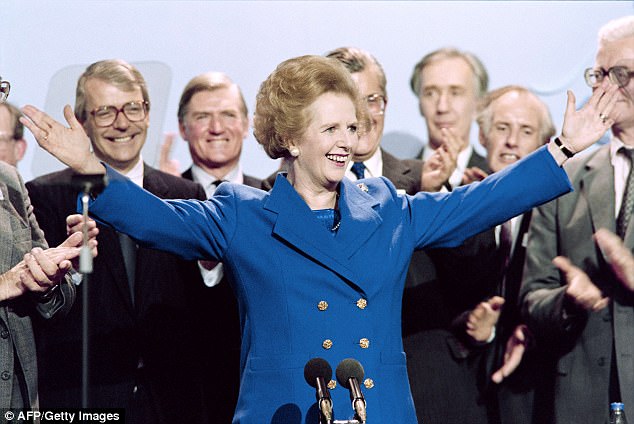 Weidel said the party was content serving in opposition now, but its long-term goal was to shape policy, and Thatcher’s experience in Britain was a helpful guide.

‘Margaret Thatcher is my political role model,’ Weidel told told the German newspaper Bild am Sonntag newspaper, lauding the former UK leader’s willingness to swim against the current when necessary.

‘Thatcher took over Great Britain when the country was economically in the dumps and built it up again.’

Weidel, a lesbian, said her partner and two adopted sons would move to Berlin from Switzerland when the partner’s current film project was completed.

She said only 18 per cent of the AfD’s voters were women which was ‘way too few’ and the party needed to attract more women voters.

She said she favoured free child care and kindergartens because that would help families. 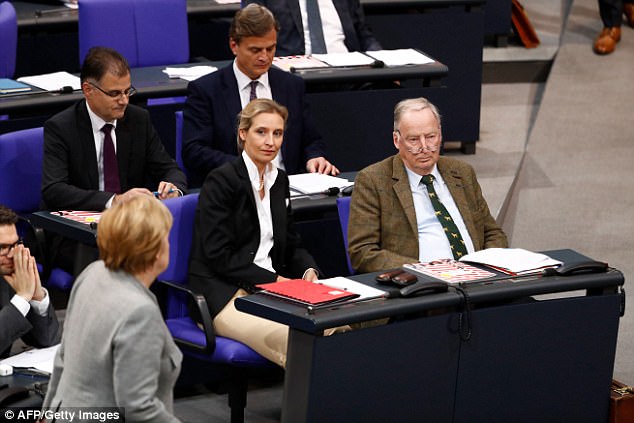 Weidel, a lesbian, said her partner and two adopted sons would move to Berlin from Switzerland when the partner’s current film project was completed

Weidel also urged former AfD leader Frauke Petry to give up her seat in parliament after quitting the party the day after the election and vowing to sit as an independent.

‘I don’t have any animosity,’ Weidel said. ‘I think it’s a shame that she left the AfD. I consider it the wrong decision.’

Petry this month kicked off a new ‘Blue Party’, promising a ‘reasonable conservative’ agenda and berating AfD leaders for holding views too far outside the mainstream.

It has six caucuses, up from four in the previous parliament. It includes 92 lawmakers from Alternative for Germany, or AfD, the first party to the right of Merkel’s conservatives to enter parliament in 60 years.

AfD won 12.6 percent of the vote last month after a campaign that centered on loud criticism of Merkel and her 2015 decision to allow large numbers of migrants into Germany. It also harnessed wider voter discontent with established politicians.

‘The old parliament, in which you were able to sort out everything among yourselves and push away competition … has been voted out,’ AfD chief whip Bernd Baumann told lawmakers. ‘The people have decided and now a new era is beginning.’