Barry Stevens, 74, from Shrewsbury, Shropshire, was given the task of guarding the Iron Lady for 20 years

A former detective has told of his work protecting Margaret Thatcher from assassination attempts and egg attacks in his work that echoes the plot of a hit BBC drama.

Barry Stevens, 74, from Shrewsbury, Shropshire, was given the task of guarding the Iron Lady for 20 years, and was by her side throughout her time as Prime Minister from 1979 until 1990.

His life’s work bears striking similarity to the BBC political thriller Bodyguard, which stars Keeley Hawes, telling the story of a protection officer for the Home Secretary.

The grandfather of two told how she was never bothered about the amount of hostility against her throughout her time in Parliament.

And he saw her make grown men cry, was ‘handbagged’ twice – and decided to wear a raincoat to protect himself against the number of egg attacks.

He also told how he is still ‘tainted by guilt’ that he was not there on the night the IRA bombed Brighton’s Grand Hotel in 1984.

The BBC One drama, which drew seven million viewers to its first episode, stars Ms Hawes at politician Julia Montague and David Budd as her guard, played by Game of Thrones’ Richard Madden.

The Afghanistan war veteran has to defend her no matter what – despite him being ton between his true beliefs and her decision to back military intervention in the Middle East. 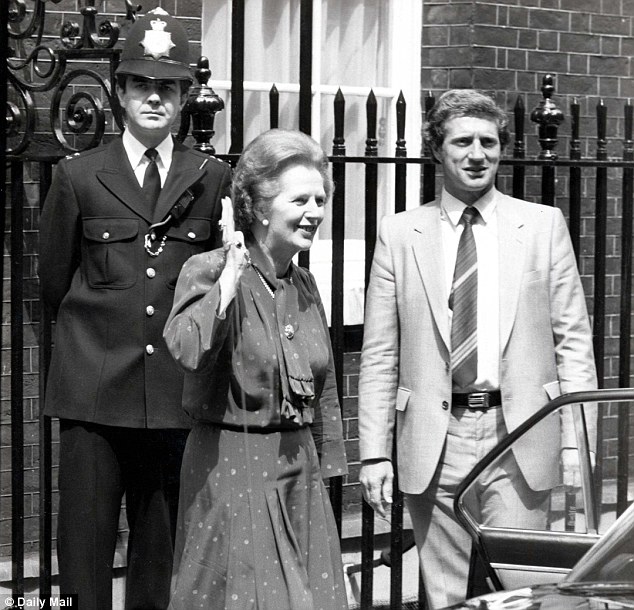 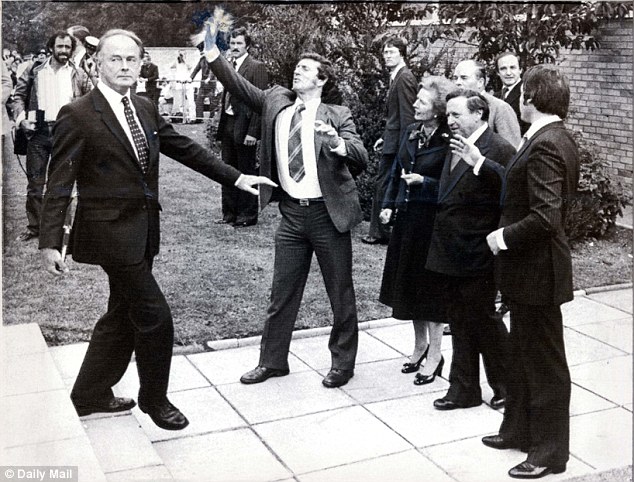 Mr Stevens deflecting an egg meant for Thatcher as she was pelted by missiles during a visit to Cumnock, East Ayrshire

And this is something former Special Branch detective Mr Stevens wrestled with when he was alongside Thatcher from 1978 until he retired in 1998.

The former teacher, who said he was always left wing, told The Daily Mirror: ‘When I was first told about the posting, I thought: ‘Crikey, I’m not sure I am going to last long with her.

‘From what I had read about her, I wasn’t sure I was going to make the grade, and she wouldn’t want me. But actually I grew to like her.’

He also told how he had been ‘handbagged twice’ after telling her something about her son Mark that she didn’t like.

He also told he was recovering from an emergency appendectomy at the time of the IRA bombing on the Grand Hotel in Brighton in 1984. 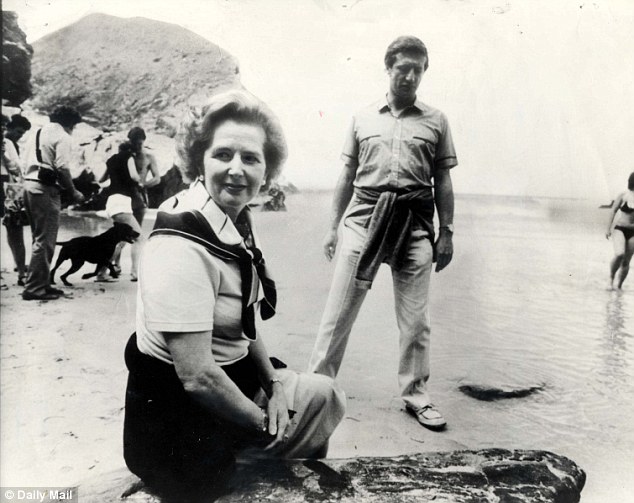 Thatcher with Mr Stevens during a trip to Bedruthan, Cornwall 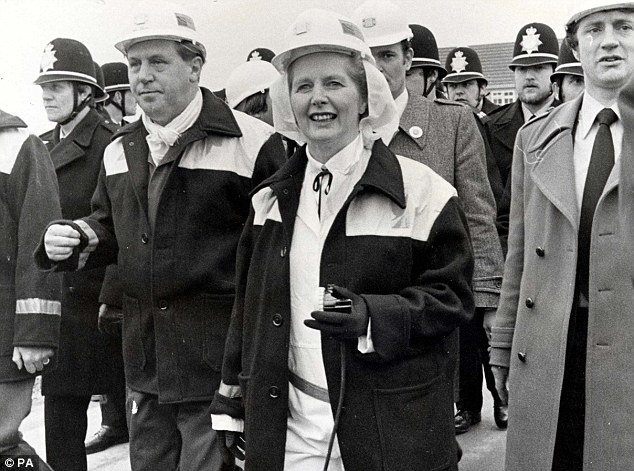 In a photograph taken in 1980 Thatcher is seen alongside Mr Stevens, right, during a visit to the Whiston Collirey

‘I wasn’t there when she was in the greatest danger of her life,’ he said.

And she once caught one of the guards eyeing up her legs. ‘I think she was quite chuffed actually.’

He said he also irritated her in the early days. He told the publication: ‘They don’t want someone around them all the time and when they’re on holiday – they’re not used to it.

‘But politicians are grateful because they know you put your life on their line for them. 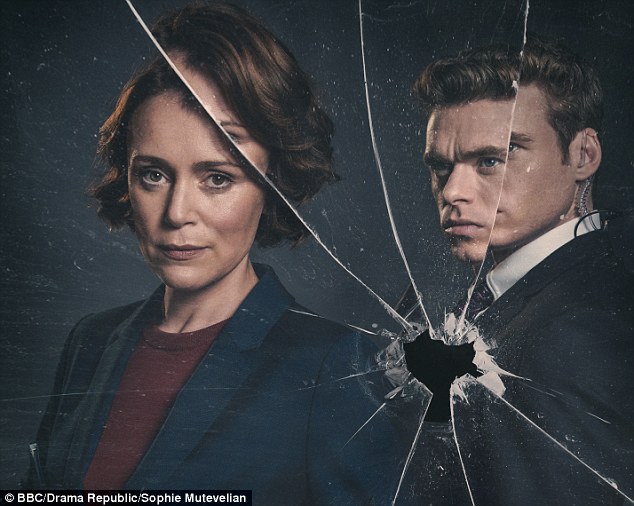 Bodyguard follows former solider David Budd, played by Richard Madden, as he works for the Home Secretary, Julia Montague, played by Keeley Hawes. Pictured: A promotional picture for the series

‘They try to make life easy for you if they can and you want to make their life as easy as possible. And there is a respect that grows.’

The Bodyguard drew nearly 7million viewers on its first night – with many quick to point out the number of women in key roles.

The debut episode of the Keeley Hawes drama on Sunday attracted an audience of 6.8million, compared with 4.7million who watched the return of Poldark in June.

And the decision to cast women as high-profile characters won praise from viewers. The programme was applauded for the ‘bold change’ and the ‘exposure of women in traditional male roles’.

Gina McKee portrays the head of the Metropolitan Police’s Counter Terrorism Command and Pippa Haywood is the chief superintendent who is the boss of the titular bodyguard.

Other actresses take traditionally male roles such as police firearms officers, a bomb disposal agent and even a train guard.

One viewer wrote on social media: ‘I admire the BBC for the blatant exposure of women in traditional male roles during Bodyguard intro.

‘Yes it looks and feels weird, but it’s a bold change of direction which I hope they maintain. Each time they do, the women will seem a little less ridiculous to people.’