She portrays the controversial story of Tonya Harding whose narrative touches on domestic and emotional abuse as well as blackmail.

But Margot Robbie finally addressed the controversy surrounding her movie Peter Rabbit when she hit the red carpet with her co-star Elizabeth Debicki, in Sydney.

In intimate discussion with The Daily Telegraph, the 27-year-old actress admitted she initially thought the response to the film was a joke.

Moving on: Margot Robbie finally addressed the controversy surrounding her movie Peter Rabbit when she hit the red carpet with her co-star Elizabeth Debicki, in Sydney

In February, producers apologised after parents were fuming about the inclusion of a scene where Mr McGregor suffers from an allergic reaction to blackberries.

The vegetable patch owner has to use an EpiPen to bring down the swelling as a result of the rabbits pelting the fruit at him.

Margot lamented to the publication: ‘Of all the movies where you think there would be an issue.’ 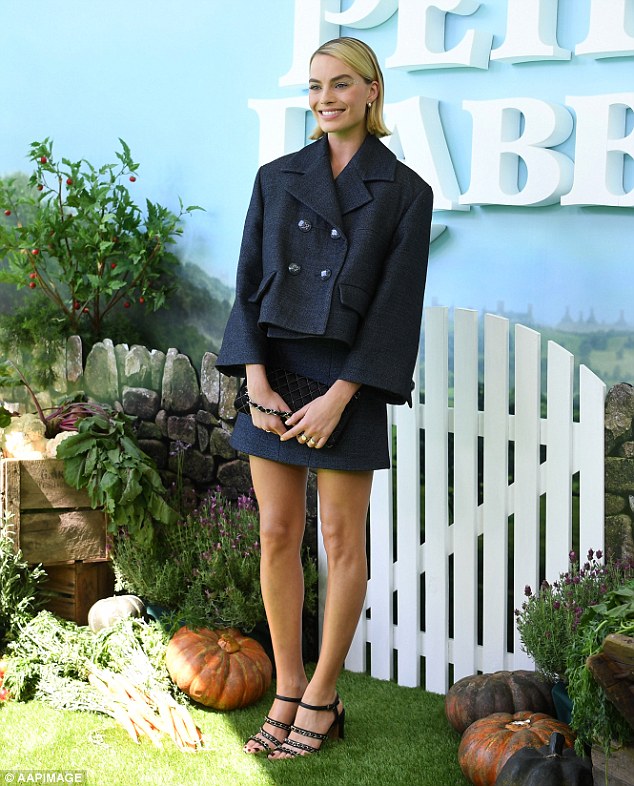 Elizabeth further divulged there was ‘no ill intention’ and the film meant no harm in the joke of it all.

She added: ‘I feel like the film really says to kids, which is such an important message now more than ever, about if we are compassionate and accept people’s differences the world is so much better.’

Peter Rabbit tells the story of the mischievous Peter who goes exploring in Mr McGregor’s vegetable garden despite his mother’s warnings. 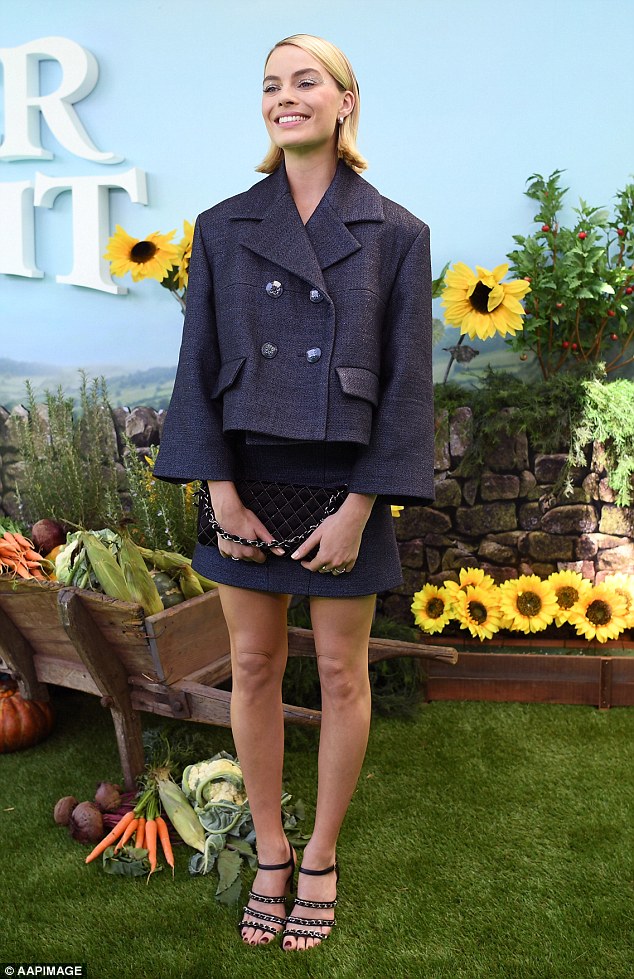 Comedian James Corden is a great fit for the cheeky creature, while Margot takes on the role of his well behaved sister Flopsy and Elizabeth Debicki as Mopsy.

She is one of the actresses of the moment after scooping an Oscar nomination for her moving portrayal of controversial ice skater Tonya Harding in I, Tonya.

Margot secured her footing on the acting ladder when she got her first role in Neighbours from 2008 to 2011. 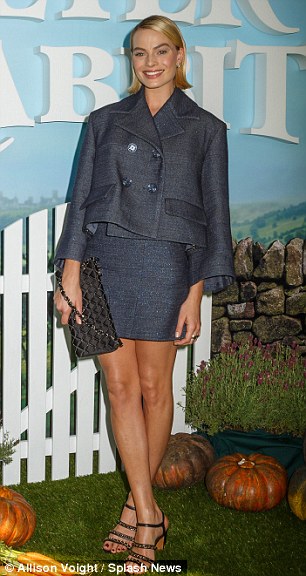 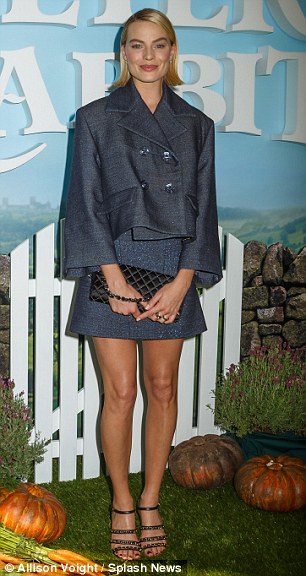 Not jetlag here! Margot appeared in high spirits as she posed for photos on the media wall

The soap star became known as the schoolgirl Donna Freedman at the tender age of 17 after moving to Melbourne from the Gold Coast.

Although she secured a supporting role in About Time in 2013, it wasn’t until later that year Margot got her breakthrough part in the Wolf of Wall Street.

After starring alongside Leonardo DiCaprio in the film, she went onto secure leading roles in Focus, The Legend of Tarzan as well as Suicide Squad. 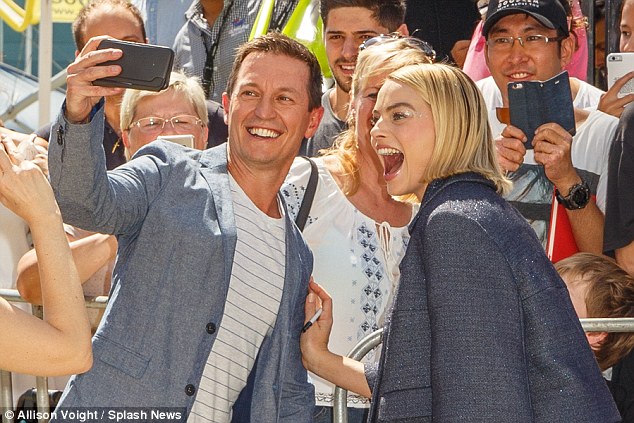 All smiles: An excited Margot snapped a selfie with Rove McManus