A woman whose Rhodesian ridgeback mauled a toy poodle hired a pet medium to help fight a dangerous dog ruling, claiming the dog ‘apologised to its victim’.

Jay-Jay, who weighs a whopping 59kg, put his jaws around Fudge, who weighs just 2kg, and ripped a hole in the little dog’s neck.

His owner, Ms Do is now fighting a ruling that would see Jay-Jay having to wear a muzzle outside and stay in an enclosure.

She even hired a medium, Amanda De Warren, which told a tribunal Jay-Jay had been ‘provoked’ by Fudge and his family – and had ‘told her he was sorry’.

The two neighbours had a long history of conflict and Ms Stevens was forced to fork out $9,600 for Fudge’s medical bills following the attack.

‘Jay-Jay had told me that he was aware of who this dog was and it had been a real troublemaker,’ she said in Queensland Civil and Administrative Tribunal.

‘Jay–Jay asked me to apologise to his mum (Maria) for putting her through this situation. He knows his mum loves him very much and does not want to cause his mum anymore problems.’

Ms Stevens had been walking Fudge past Ms Do’s home before Jay-Jay launched into the ferocious attack.

Ms Do’s husband was eventually able to pull the ridgeback off from Fudge after he shook the small dog around in his mouth.

‘I was screaming. I was in shock,’ Ms Stevens told The Sunday Mail about the attack. 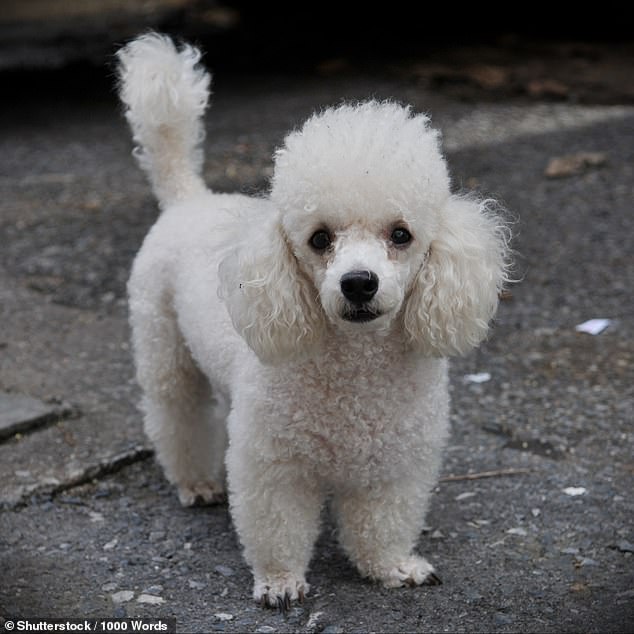 Jay-Jay attacked Fudge the toy poodle who weighs just 2kg, ripping a hole into his neck (stock image of a similar dog)

‘When the dog came back a second time, it was worse.’

Ms Do said there had been neighbourly disputes for quite some time leading up to the dog attack.

She said Fudge was constantly barking and had seen him defecate in her front yard, claiming the owner did not pick it up.

In another instance, Ms Do said she saw one of Ms Stevens’ son stick his middle finger up to her house after her dogs started barking.

Ms Do, who owns four dogs including Jay-Jay, also said Fudge was never walked on a leash.

The tribunal heard from another neighbour who said Jay-Jay had acted aggressively towards her and her dog Pearl. 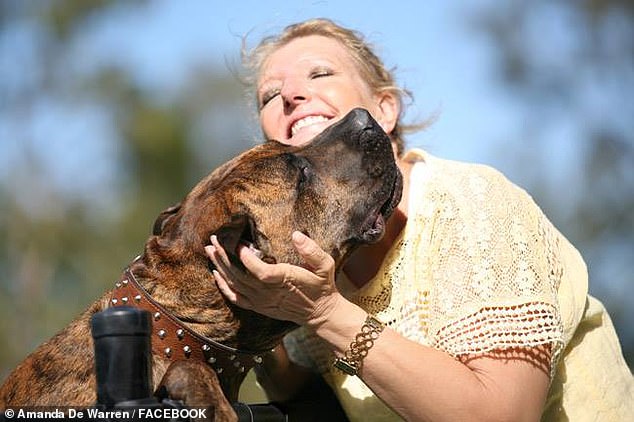 ‘At the time of the incident I was very concerned for myself, and my dog Pearl’s safety. Ms Do’s dog wasn’t coming over to say hello. It was coming quickly at us, trying to get to us and barking aggressively,’ the neighbour told the tribunal.

‘Ms Do was trying to control her dog, but it was too strong for her and pulled her over onto her stomach. The dog continued to come in a direction dragging Ms Do on her stomach.

‘I also believe that Ms Do is trying to do the right thing, but this dog seems to me to be increasingly getting agitated and it is much too strong for her. All that it takes is for the lead to break and someone would get hurt.’

Ms Do is appealing the ruling and has asked for a stay on the dangerous dog declaration.