Maria Sharapova’s fall from grace: Drug ban, injuries and now world No 147… the Russian arrives in Australia relying on the charity of a wildcard five years after her last Grand Slam final appearance

Amid the dramatic recent history that Serena Williams and Maria Sharapova have at the Australian Open, it is easy to overlook a fifth anniversary taking place this month.

It was January 2015 when the two of them played one of the best high-profile matches of the last decade, a final brimming with quality and emotion that saw the American fight off Sharapova’s second-set comeback to win 6-3, 7-6.

Afterwards it even brought a rare moment of heartfelt praise from Williams for her old foe: ‘Maria played a wonderful match, she really pushed me,’ she said.

Apart from anything, subsequent events mean it is likely that evening will be recorded as the last Grand Slam final of Sharapova’s career. To say that much has happened in their two lives since does not start to tell of their divergence.

Five years on Sharapova, the champion in 2008, arrives in Melbourne ranked 147 and relying on the charity of a wildcard, while Williams chases Margaret Court’s tally of 24 Grand Slam singles titles.

Williams and Sharapova were to meet again 12 months later after their classic final, in the last eight of 2016, and the match itself proved a far less memorable affair, the former winning easily.

Infinitely more significant was the doping test the loser took afterwards that was to have such a profound effect on her life.

It showed up the presence of the then recently banned meldonium, a drug with wide-ranging benefits that the World Anti-Doping Agency had worked out was being used by a range of athletes to enhance performance. 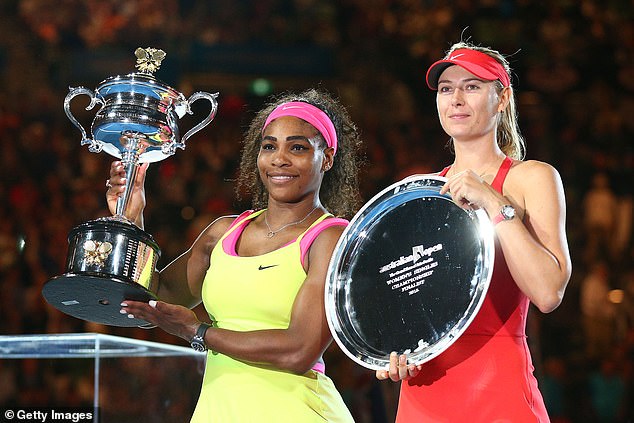 Sharapova pleaded ignorance and ended up being banned until late April 2017.

After an initially promising start to her return, she could hardly have envisaged she would be where she is now.

Turning 33 in April she is refusing to give up.

Earlier this week Sharapova lost in the first round of the Brisbane International to world No 53 Jennifer Brady.

It tells you something that the main headlines derived from the encounter was Sharapova voicing the view that the women’s event there had been relegated to ‘second-hand’ status compared with the concurrent group stages of the new men’s ATP Cup competition.

While there is undoubtedly a combination of reasons behind her fall, there is ample evidence that in the post- meldonium phase of her career the Russian has simply not been the same player.

Two particular factors have been in play. One is that she has experienced the return of historic shoulder problems, which have had an effect on her serve. Another is that the evolution of the women’s game means her flat-hitting power that was once exceptional is being matched by more players. 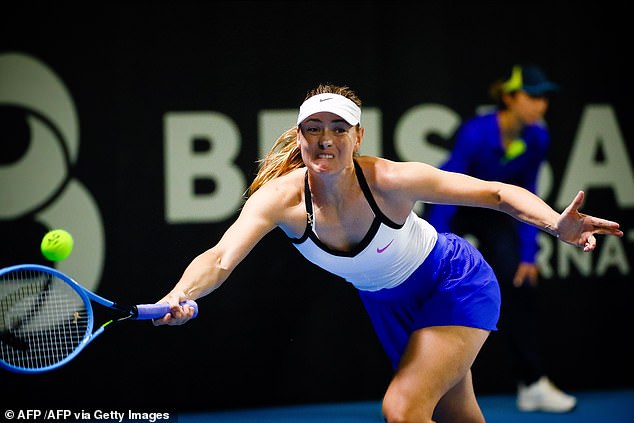 Off the court things have gone rather better for the Russian, who has been in a long-term relationship with her Old Etonian English boyfriend Alexander Gilkes.

Although they have considerably diminished, her once spectacular endorsement earnings have far from disappeared. According to Forbes, she was seventh-highest earner in women’s tennis in 2019, with commercial income supplementing her relatively meagre prize money.

Given the sums it is easy to see why she is reluctant to become an ex-player. But it is on court that she yearns to prove herself once again, although as a wildcard she will be at the mercy of the draw being made on Thursday.

l US OPEN champion Bianca Andreescu will miss the Australian Open as she recovers from a troublesome knee problem.

The Canadian world No 6, who suffered the injury at the WTA Finals in Shenzhen, said: ‘The Australian Open is unfortunately too soon in my rehab process.’

Also missing from the first Grand Slam of the year due to knee injuries will be leading men’s players Juan Martin del Potro, of Argentina, and France’s Richard Gasquet.