Mariah Carey has discussed how growing up mixed race ‘wasn’t easy’ in a new interview.

The singer, 50, reflected on struggling with her identity from ‘the age of three or four’ and admitted she’s gone down a ‘very interesting road’ by being ‘ambiguous looking’ in the music industry.

Speaking to iconic DJ Trevor Nelson on his BBC Radio 2 show Rhythm Nation, the powerhouse also explained why she decided to release her memoir The Meaning of Mariah Carey, which was three years in the making.

‘It’s never been easy for me’: Mariah Carey has discussed how growing up mixed race in a new interview

The songstress, who is the daughter of an Irish woman and black man, recalled the moment she ‘realised I’m not like everybody else’.

Mariah stated: ‘Me, a teenage girl, when I got signed and very much, ”Look, I’m appreciative of all the focus and the this and the that that I received as an artist”, but let’s face it, it’s never been easy for me.

‘This journey, this whole struggle with my identity started when I was like three or four years old and that’s when I first started to recognise, ”Oh, I’m not like everybody else.”’

The media personality also touched on the industry’s expectations of her when she dropped her first album back in 1990. 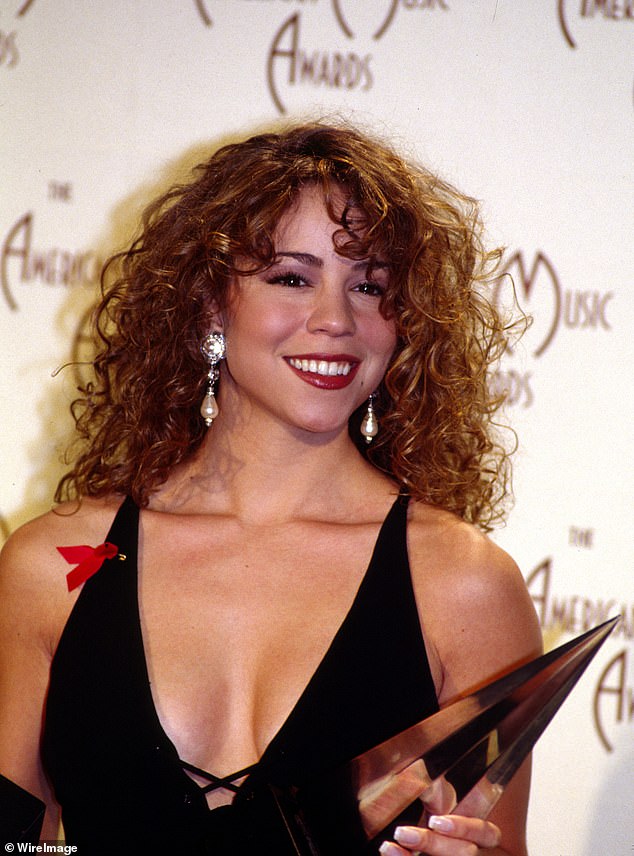 ‘It was a very interesting road’: The singer, 50, reflected on struggling with her identity from ‘the age of three or four’ (pictured in 1993) 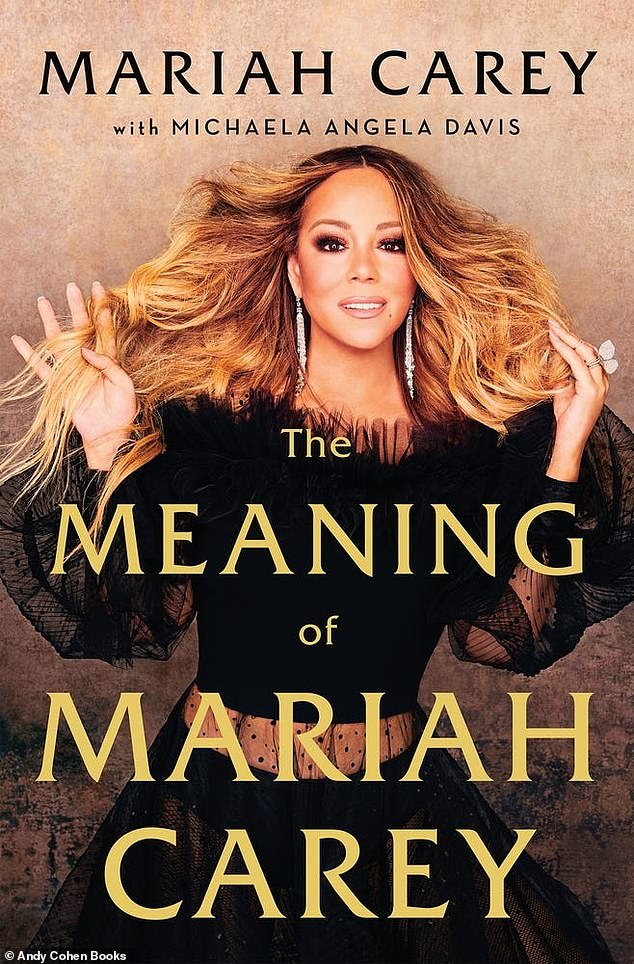 ‘When else when else could it have been?’ The powerhouse also explained why she decided to release her memoir The Meaning of Mariah Carey, which was three years in the making

She shared: ‘I don’t necessarily have a specific quote ‘tribe’ to back me up during situations because, you know, I was never enough of one thing or another for most people.

‘Specifically when I released my first album, I’m like, ”Well what did they expect me to do,” like unless I had a sticker that said ‘I’m black’ on my forehead on the album cover people did not know how to perceive.’

The award-winning artist drew parallels between how she feels she’s been perceived in the public to the one-drop rule – a social/legal policy that was used in the South of the US to classify people as black, no matter what percentage of their ancestry was of the classification.

Mariah added: ‘But it’s interesting, I was talking to Oprah the other day and she was like, ”A lot of people didn’t even know you were black,” and I’m like, ”How many times can I say it, how many times could I discuss it?” like particularly in America. 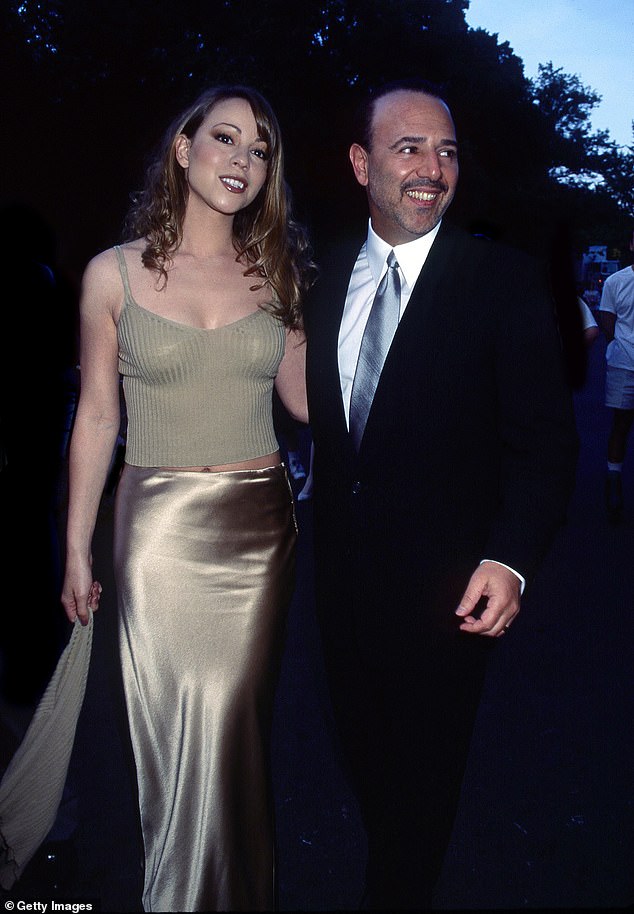 Candid: The Honey hitmaker’s tell-all book sees her talk about her strained relationship with some of her family members and her rocky marriage to Tommy Mottola (pictured in 1995) 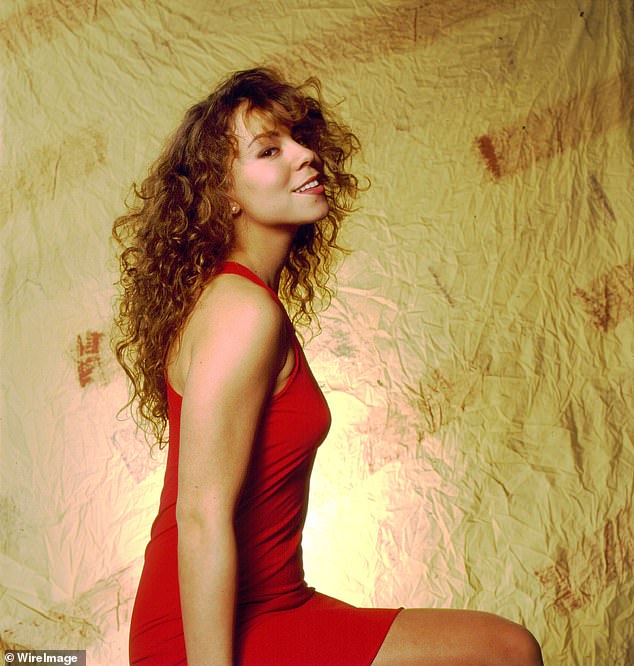 Challenges: The songstress, who is the daughter of an Irish woman and black man, recalled the moment she ‘realised I’m not like everybody else’ (pictured in 1992)

‘And we’d got into this as well, the one drop rule is a real thing that happened with slavery and from the time of slavery.

‘That was the way that people were kept, black people were kept captive by having this rule of if you even have one drop of black blood, and this is a very American thing, then you are considered black, so when me saying my father’s black, my mother’s Irish, to me that’s just explaining because they are confused by the ambiguity of how I look and have always looked.

‘So to me that was already saying I’m black because I said my father’s black, that makes you black, but to be black and mixed and ambiguous looking is a very interesting road, particularly when you’re in the industry.’

The Honey hitmaker went on to reveal why she chose to release her tell-all book last month, which sees the musician talk about how her sister drugged her and tried to sell her to a pimp, her strained relationship with some of her family members and her tumultuous marriage to Tommy Mottola.

Admitting she’s wanted to take on this project for a decade, Mariah told Trevor: ‘You know it’s so interesting people asking that question, why now? I mean, when else could it have been? It’s appropriate for it to be now actually.

‘I’ve been working on this for three years and I’ve been wanting to do it for, like, ten years. I wanted to do this when I was pregnant and the twins are now nine. I thought, ”OK. I’m pregnant. I’m on bed rest,” because it was a very difficult pregnancy so this would be a perfect time.

‘But it ended up being now and it’s been locked for months. So it’s just ironic the way the world has changed since I started writing the book and, again, it’s been three years in the making so it just feels very timely.’

The Glitter actress, who shares twins Monroe and Moroccan, nine, with ex-husband Nick Cannon, added how her children have been going through similar experiences about their identities. 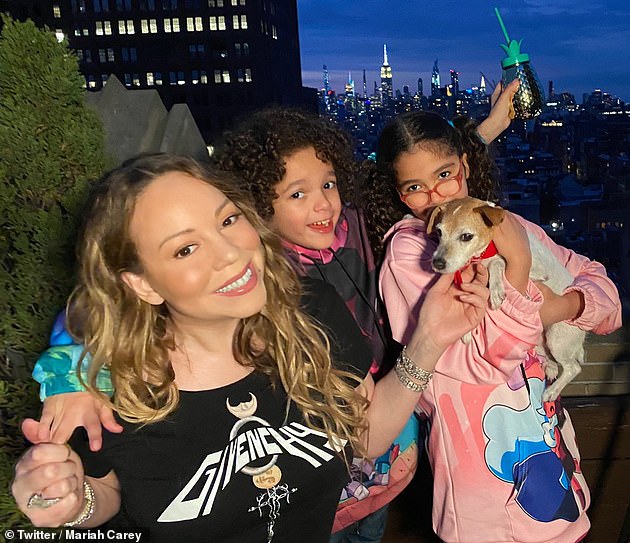 ‘It’s almost worse now with social media’: The Glitter actress added how her twins Monroe and Moroccan, nine, have been going through similar experiences about their identities

She said: ‘Even with things I am going through with my own kids like even today, stuff happening just in terms of them understanding their identity. Some of the same issues that I deal with in the book.

‘And you think, ”Oh well, it’s now a different time and these type of things aren’t going to happen”, but it’s not true. It’s almost worse because with social media they could think somebody’s their friend and really, they could come at them and attack them.

‘There are certain chapters in the book, there’s one called Colouring Outside the Lines, I may have talked to you about that experience where I was growing up and used a brown crayon for my dad and a peach crayon for my mum and the teachers and the whole class was laughing like I had used a green crayon and you know different moments.’

On how she attempts to help her children overcome their worries and uses her words of encouragement to ’emancipate’ her young self, Mariah added: ‘There’s a chapter called A Girl’s Best Friend that I shared with my daughter because I wanted her to know this happened to me and if something like this happens to you, you will have the tools that I didn’t have because my parents didn’t have the language for it.

‘They didn’t understand how to really dive into those issues. So I’ve been able, really the main reason for this book is to emancipate my little girl’s self that was, never, didn’t feel seen, didn’t feel heard, felt totally different, felt like an outsider.

‘I then spent years in this industry having to constantly define myself, which I could never do because how can you do that – encapsulate an entire life, especially when you’re dealing and you grew up in a place of trauma.

‘You know it’s really hard to get into the stories. There’s no way, we don’t have the time to talk about one hundredth of what it was and that’s why I had to write a whole book.’ 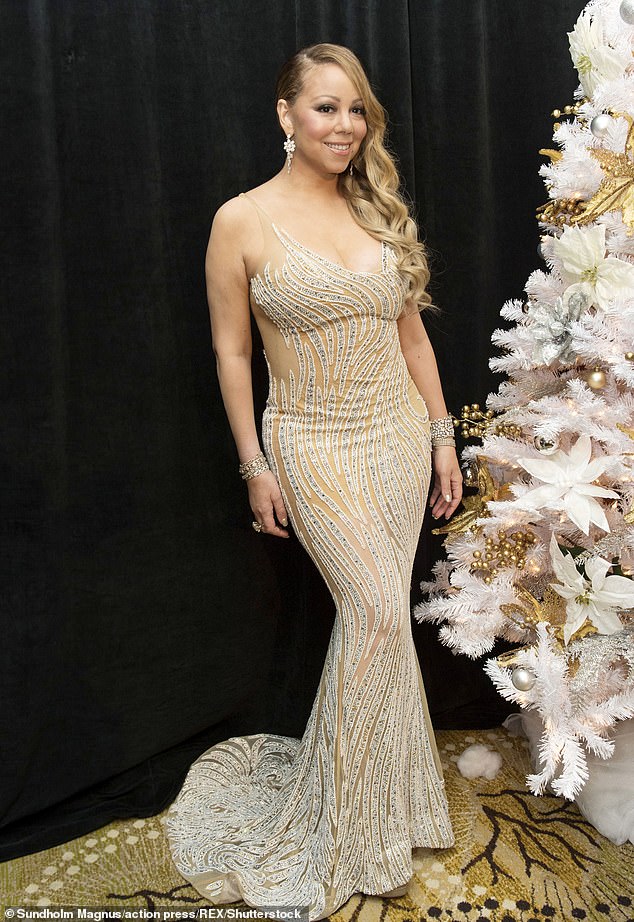 ‘I then spent years in this industry having to constantly define myself’: The blonde said one of the reasons she wrote the book was to ’emancipate’ her young self