It should have been the happiest day of their lives, but Joshua and Marie Neowhouse’s wedding ended with police turning up, an embarrassing court case – and now the groom in jail.

The young couple, from Wallacia in Sydney’s west, tied the knot at home in front of just five close relatives on September 25, because the state was still in Covid lockdown.

But just before 9pm, the intimate wedding celebration turned ugly when police said they were called to an argument between the newlyweds after the groom expressed his desire to have sex with a guest, Penrith Local Court documents reveal.

Police arrived at the house to find a shirtless Mr Neowhouse on the front lawn with his fists clenched, screaming and calling them ‘f**king dogs’.

The officers had responded to a ‘heated verbal argument’ which erupted when the groom allegedly made a sexual comment about a guest, upsetting his new wife.

But Mrs Neowhouse – who spent her wedding night alone while her husband was in a police cell – told Daily Mail Australia it was all a complete misunderstanding.

‘I don’t know where any of that came from – it’s so far-fetched and it’s not correct,’ the mother-of-one said. 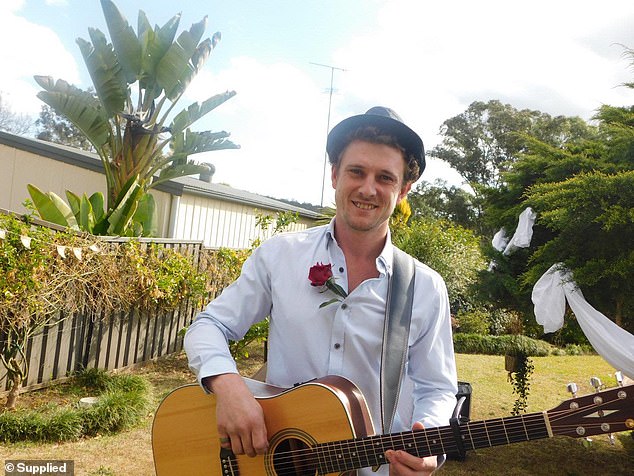 ‘We only had my mum, dad and daughter, and his mum and sister, the celebrant, and make-up artist – who’s also my good friend – that’s it.’

Mrs Neowhouse said their families had been celebrating with drinks and loud music on the night of the nuptials, but the atmosphere was ‘pretty quiet’ by the time cops arrived.

Police claim Neowhouse was standing in the hall with his fists clenched when they arrived, but his wife said he was actually in the shower at the time and had no idea officers were at the door.

‘Police asked me to go and get him, so I went to the bathroom and they followed me in uninvited and pulled him out of the shower,’ she said.

‘Josh didn’t know the police had been called, and he was naked and they were in plain clothes and he said : “Who the f**k are you?”.’ 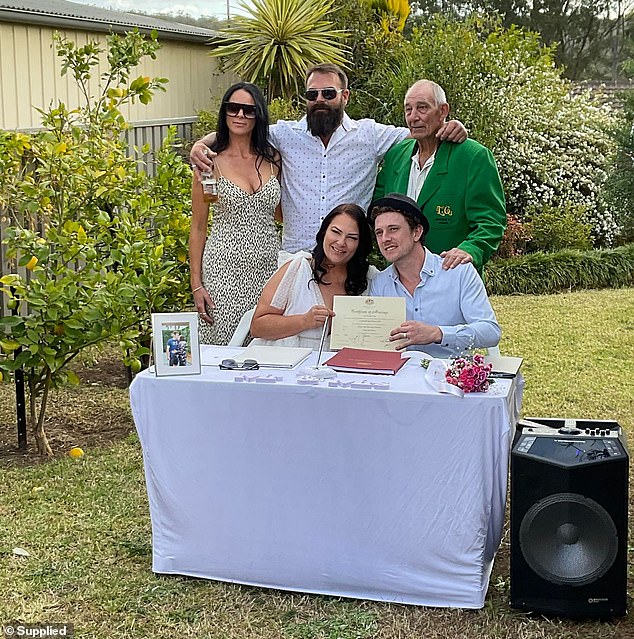 Mr and Mrs Neowhouse (pictured with family). Mrs Neowhouse said her family is distraught by the reports following her husband’s custodial sentence 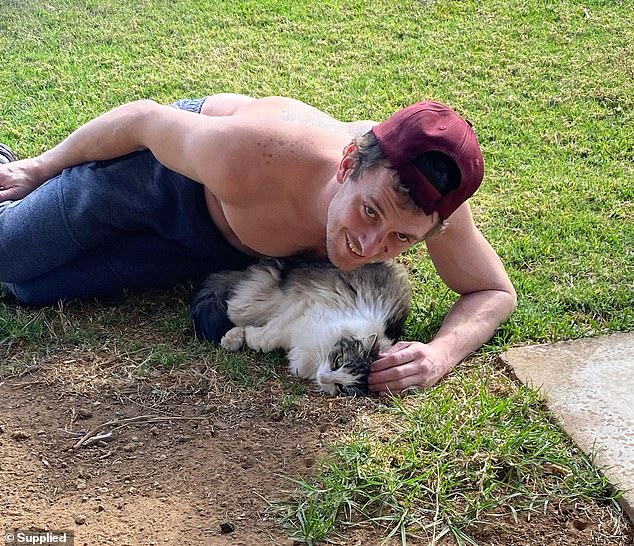 Marie, who works as a cleaner, said her new husband resisted arrest and pushed an officer ‘which he shouldn’t have done’.

‘Yes he did push a cop but, not knowing who they were, I understand why he was confused.’

Mrs Neowhouse said police grabbed the construction worker, pushed him to the floor and blasted him in the face with pepper.

Mr Neowhouse was thrown in the back of a police van and charged with assaulting an officer and resisting or hindering police.

An emotional Mrs Neowhouse broke down when explaining she only saw the court documents with the ‘false claim about his sexual advances with a wedding guest’ on the day of her husband’s court case, and she told his lawyer the details were wrong. 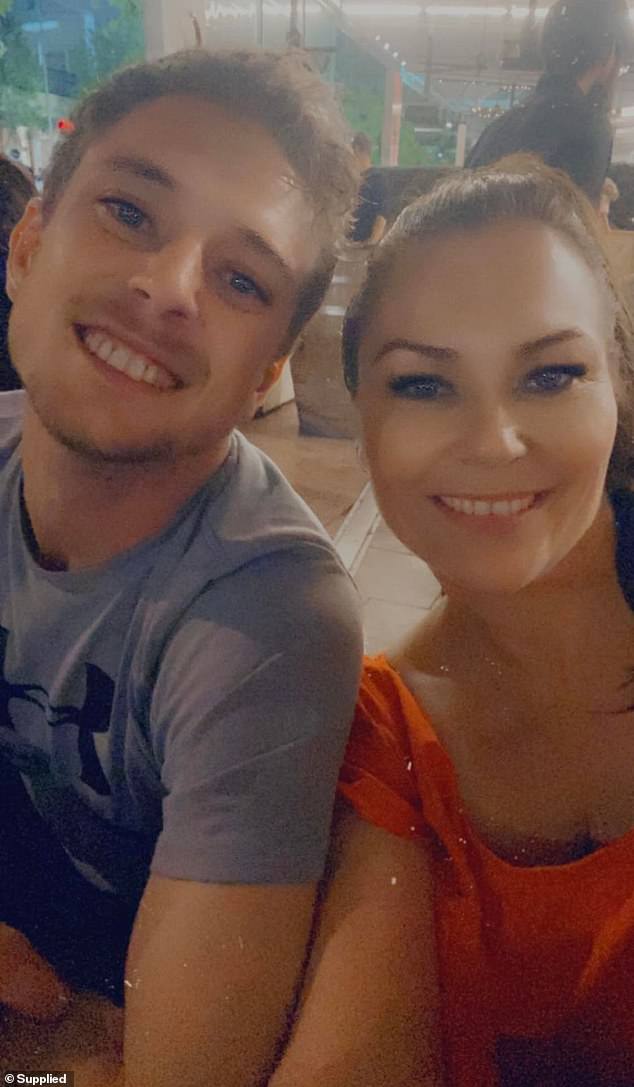 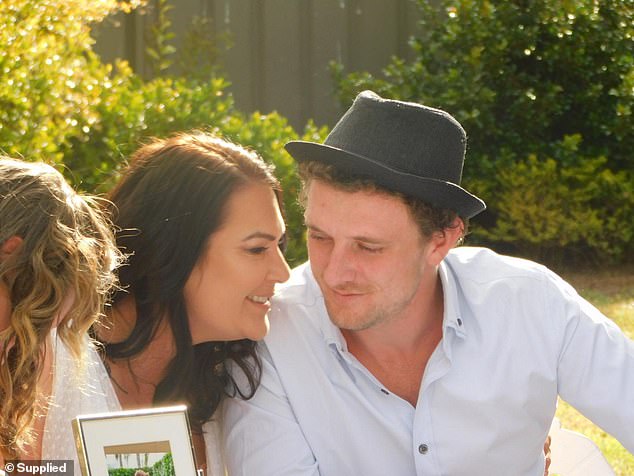 ‘I was really upset by what was on there because it looked like our marriage wasn’t legit, and that Josh had no respect,’ she said.

Daily Mail Australia contacted NSW Police about Mrs Neowhouse’s claims, but a spokesman said the details could be obtained in the court documents.

Mrs Neowhouse was upset when Magistrate Mijovich noted he had previously completed alcohol and drug programs, but still chose to drink heavily at his wedding.

‘Police are just doing their job and they have to put up with this rubbish,’ Mr Mijovich said, according to the Daily Telegraph.

‘I’m told there are mental health issues but I have no material before me to support that.’

Mr Neowhouse’s lawyer said his client deserved another chance before being jailed.

‘There were matters in 2020 for domestic violence and larceny and a high range drink driving,’ Mr Mijovich said. 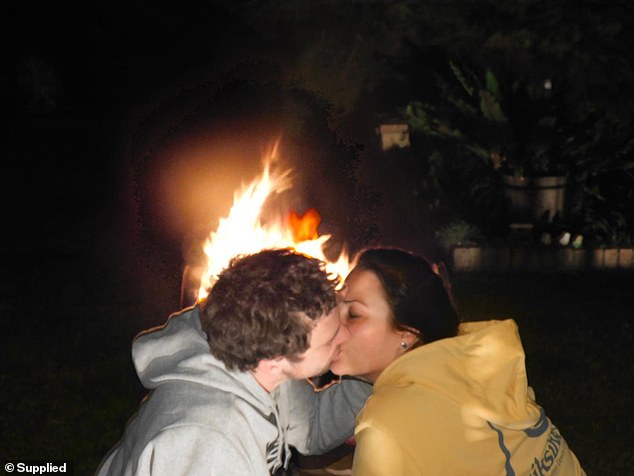 ‘This is coming from someone who said he’s done drug and alcohol courses.’

Mrs Neowhouse acknowledged her husband has been before the courts in the past, but said he was trying to turn his life around.

‘I’m shocked that this is what people will think about our wedding now,’ she said.

‘During the ceremony, Josh wrote me a song that he played on his guitar and I walked down to him to him playing it for me. He also wrote a poem and read it out to me.

‘This is very upsetting for me and my family.’

Mrs Neowhouse supported her husband in court this week when he was sentenced to four months in jail.

‘I’m gonna miss Christmas again,’ he said after he was sentenced.

His request to give his wife a hug before going into custody was denied.

Instead, he yelled ‘I love you’ as he was escorted through the dock.