Marijuana farmer crushed to death by bulldozer he was hiding under

A man from Pennsylvania who was growing marijuana on land owned by the state was crushed by a bulldozer that police were using to look for him.

Gregory A. Longenecker died in a gruesome manner after he was crushed by the treads of the machine as it moved over a field.

Unbeknownst to state police, the 51-year-old man had crawled underneath the bulldozer as he attempted to hide from cops who had spotted his car parked in the middle of the field.

Gregory A. Longenecker, 51, was flattened by the bulldozer as he tried to hide from police 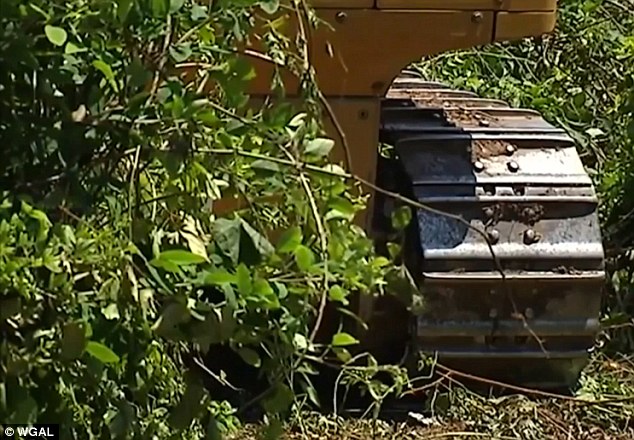 At one point, the machine briefly came to a halt but then started up once again slowly driving the bulldozer in a 45-degree angle and, in doing so, crushing and killing Longenecker.

District Attorney John Adams announced that the state police search was ‘reasonable and conducted in a safe manner,’ and determined that Longenecker’s death was an accident according to WGAL.

Adams said that police had no idea that Longenecker had crawled under the bulldozer as they searched for him in a field.

‘It is unfortunate that a life was lost and our condolences go out to the Longenecker family,’ Adams said. ‘However, I support the actions of the Pennsylvania State Police.’ 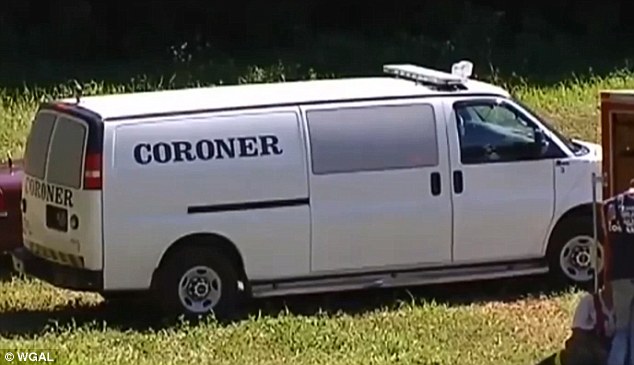 The coroner said Longenecker was under the influence of methadone, amphetamine and cannabinoid at the time of his death which would have ‘impaired his judgement, perception and coordination.’ 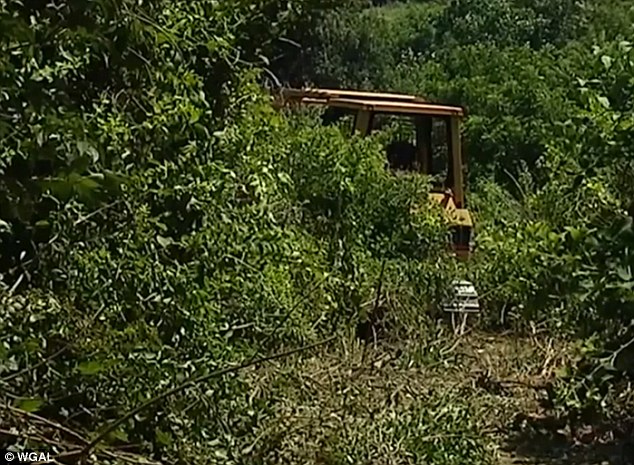 Longenecker and another man, David B. Light, 54, of Sinking Spring were allegedly tending to around 10 marijuana plants hidden in the field when a when a state Game Commission employee on a bulldozer spotted their parked car at about 10am on July 9.

The sight immediately drew suspicion because the car was parked on the field, which is normally only used by Game Commission farmers and their tractors.

An employee from the Game Commission called Bernville police who saw the two men come out of thick underbrush.

Light was caught as he tried to run away, but Longnecker darted back into the field and went into the underbrush.

State police then used a helicopter to search for Longenecker and even used a speaker urging him to surrender. 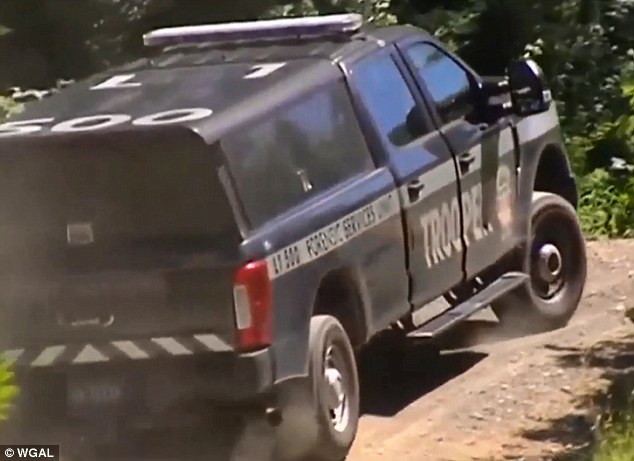 Longenecker had ten marijuana plants that he had been growing illegally

Although officers spotted him briefly, they quickly lost track of him because the brush was too thick to walk through.

A Game Commission employee and a state trooper decided to use a bulldozer in order to get through the thick underbrush, guided by the helicopter from above in a ‘slow methodical indirect path towards the suspect,’ Adams said. 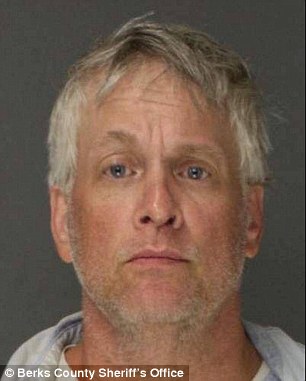 Another man, David B. Light, 54, of Sinking Spring was caught after he tried to run away for allegedly tending to around 10 marijuana plants

It was only after the bulldozer stopped and then moved forward 10 feet in a 45-degree angle and stopped that the trooper and Game Commission employee found Longenecker dead under the rear of the machine.

The police have come in for criticism in the way they went about the search with many saying they went over-the-top in their response by calling in a helicopter and using a bulldozer over 10 marijuana plants.

An autopsy performed by forensic pathologist Neil Hoffman found that Longenecker placed himself in between the treads of the bulldozer and then became caught under the treads as the bulldozer made a turn toward the left.

Longenecker was under the influence of methadone, amphetamine and cannabinoid at the time of his death which would have ‘impaired his judgement, perception and coordination.’