An American father who just welcomed his second baby girl isn’t smoking a cigar to celebrate — but he is smoking something, wink wink.

On Monday, Fred Lee from Baltimore, Maryland tweeted that his brother announced the birth of daughter number two, almost 16 months after daughter number one came into the world.

And the happy parents were a bit, well, blunt in terms of picking a theme for naming their offspring: The first is called SaTiva, while the second is Indica.

Con-ganja-lations! A proud uncle shared in 2018 that his first niece was born — and his brother named her SaTiva

Weeding out traditional names! This week, he said he had a second baby niece named Indica 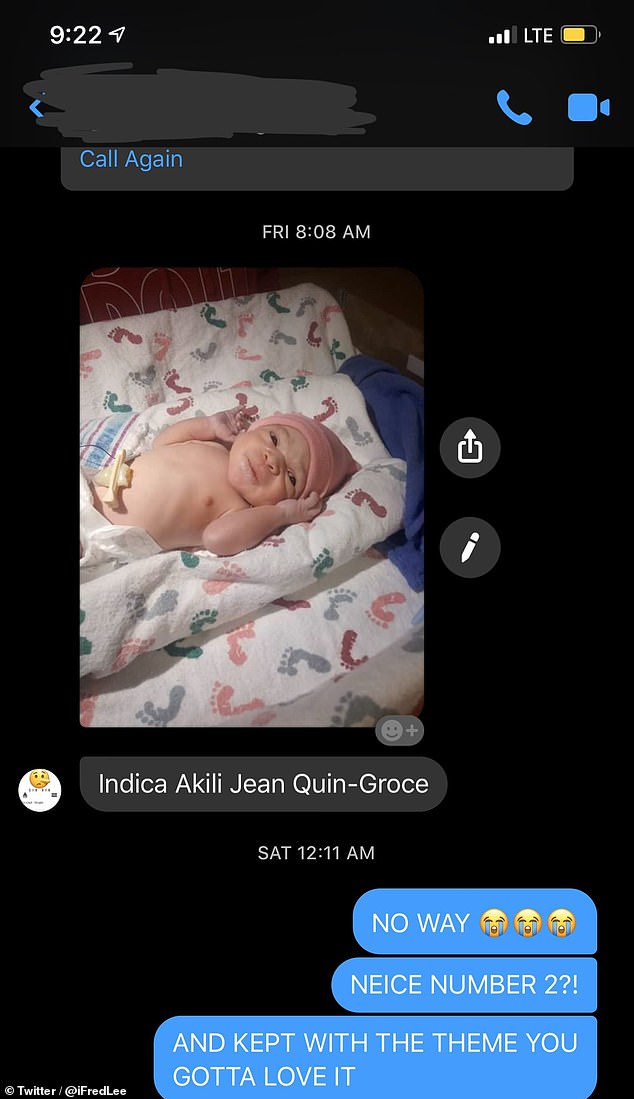 Smokin’ hot names! The girls’ parents named them after two species of the cannabis plant

The girls’ mother may have had a bun in the oven when she was expecting these two, but its seems that it’s mom and dad who were baked.

Sativa and Indica are two species of the cannabis plant, and the couple paid homage to their appreciation of marijuana in naming their children.

The proud uncle shared the first unique name back in October 2018, posting several cute pictures and writing: ‘My first neice is named SaTiva… I just….’

On Monday, he followed up with the Indica’s birth announcement.

‘UPDATE: My brother is excited to announce the birth of his 2nd daughter! ….and before you ask, yes, her name is exactly what you think it is,’ he said. 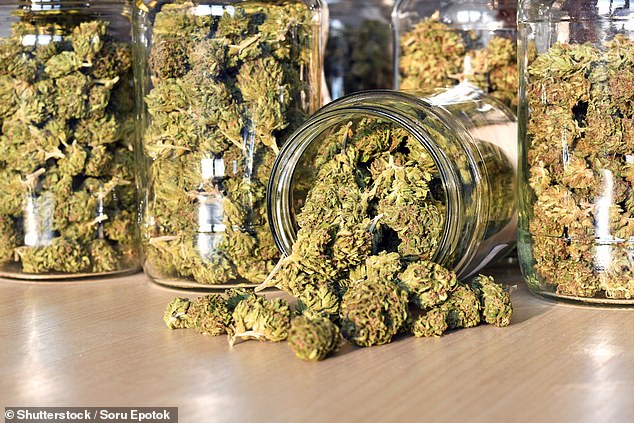 Nature enthusiasts: The parents are clearly fans of smoking weed and paid homage to the plant (stock image) 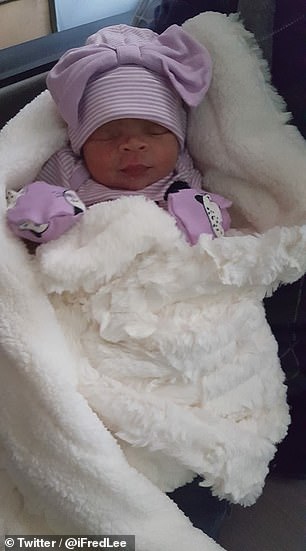 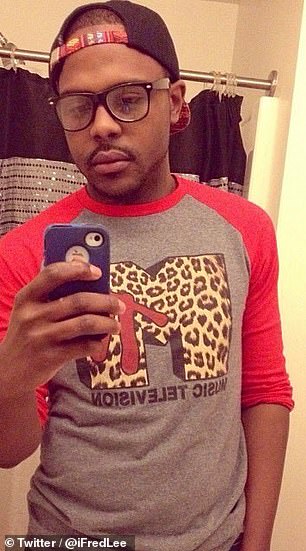 TH-see how proud he is! The girls’ uncle, Fred Lee from Baltimore, Maryland, shared the news on Twitter 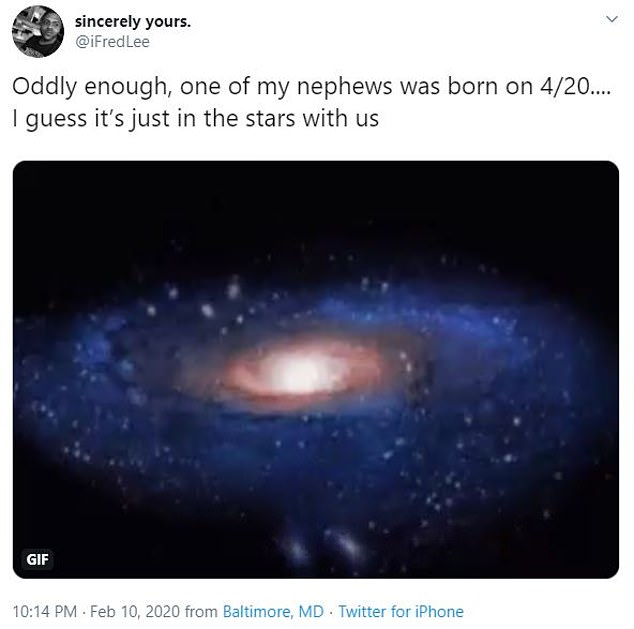 Budding human: Fred also revealed he has a nephew — presumably born to different parents — born on the stoner holiday April 20 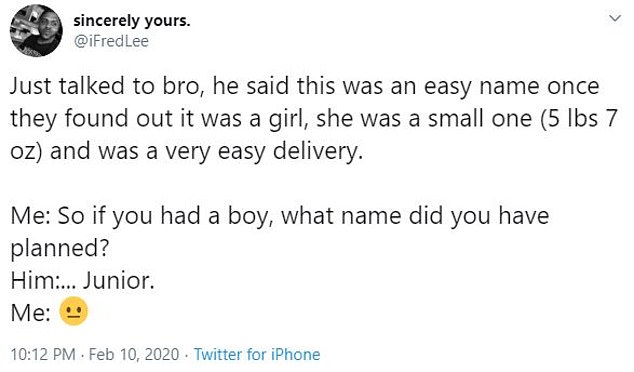 Away from the theme: The uncle said that if his brother has a boy, he plans to name it Junior

He included a screenshot of their text exchange, in which the full name can be read: Indica Akili Kean Quin-Groce.

‘Oddly enough, one of my nephews was born on 4/20…. I guess it’s just in the stars with us,’ the uncle added, though it isn’t clear if the child born on the widely-recognized stoner day was born to the same parents as Sativa and Indica.

Fred also said that his brother admitted that if he has a boy, they’ll name him Junior. 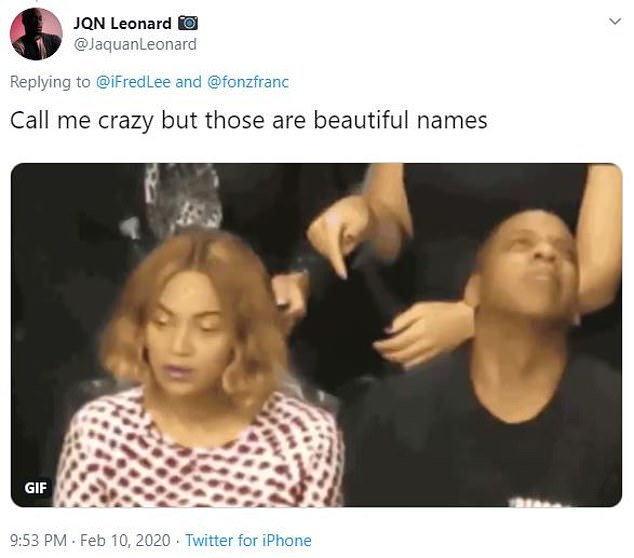 High praise: Twitter commenters thought the names were funny and had some other ideas for future kids, suggesting ‘Hybrid,’ ‘Kush,’ ‘Code Red,’ and ‘Baja Blast’

Several said they liked the names, regardless of context — but others worried about the girls’ future.

‘Not as bad as my cousin naming one of his girls MaryJane. They said the wanted pay tribute to bob Marley. I said to name her Marley then,’ wrote one

‘This is cute but kids are cruel,’ said another.

Fred responded, writing: ‘I Can’t wait to see how this is going to play out when they get older… Of course their safety is my top priority, no one is going to f*** with them, but I want to see how they can blossom with these … “blossoming” names.’