Marilyn Manson, 48, said the album he released after the Columbine massacre bombed because people thought the shooters were fans

Marilyn Manson blames the 1999 Columbine massacre for tanking his album sales and career in the early 2000s.

At the time, many believed the shooters Dylan Klebold and Eric Harris wore Manson t-shirts during the killings and that they were overall inspired by the Lord of Darkness.

These reports were not true, but more people started protesting Manson’s shows because they held him partially responsible for the deaths of 15 high schoolers.

Manson, 48, spoke to The Guardian about the shooting while promoting his new album Heaven Upside Down: ‘Give them the money and let them make their own choice: guns or records. If [the Columbine killers] had just bought my records, they would be better off.

‘Certain people blame me for the shootings at schools – I think my numbers are low, and hopefully they go up on this record.’ 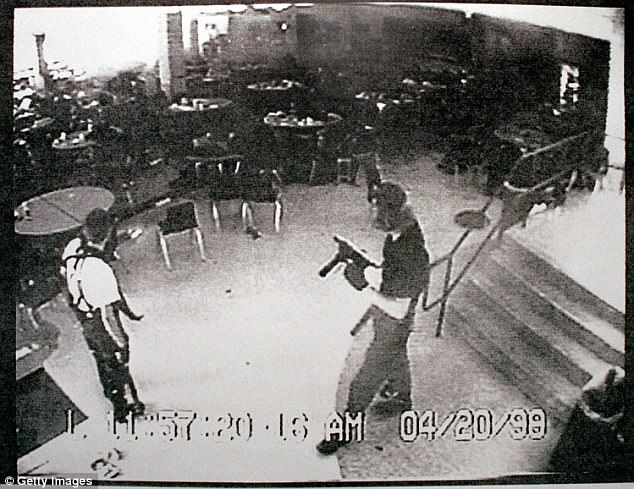 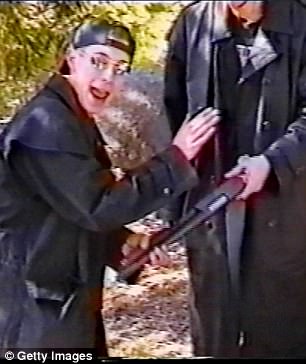 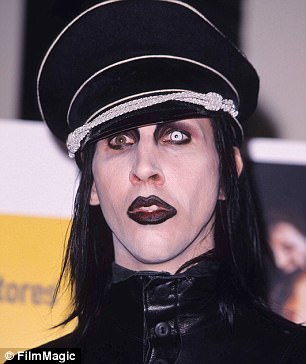 Dylan Klebold and Eric Harris wore all black during the shootings but were not wearing Manson t-shirts. The goth rock star said they would have been better off buying his albums

He then said: ‘Honestly, the Columbine era destroyed my entire career at the time.’

Manson said he received hundreds of death threats when he went to play a show in Colorado. He noted his career has since recovered and he is selling out arenas.

As it turned out, Klebold and Harris were not fans of Manson, but simply wore all black like the performer.

However, before the mass shooting Manson’s shows were picketed by conservatives. This was not surprise considering the heavy satanic imagery and Manson’s open use of narcotics.

His fourth studio album ‘Holy Wood (In the Shadow of the Valley of Death)’ tanked, according to Manson. Though it received positive reviews, it only peaked at 13 on the Billboard 200.

In 1999, Manson addressed Columbine in Rolling Stone, saying: ‘When it comes down to who’s to blame for the high school murders in Littleton, Colorado, throw a rock and you’ll hit someone who’s guilty.’

‘We’re the people who sit back and tolerate children owning guns, and we’re the ones who tune in and watch the up-to-the-minute details of what they do with them’.