Trailing by a set and a break at Wimbledon last summer, Cilic called for the trainer and openly wept as the pain and frustration of blisters that prevented him giving his best swept over him.

Six months on and Cilic is preparing to face Federer again in the Australian Open final as he bids to add a second grand slam trophy to the US Open title he won so brilliantly in 2014. 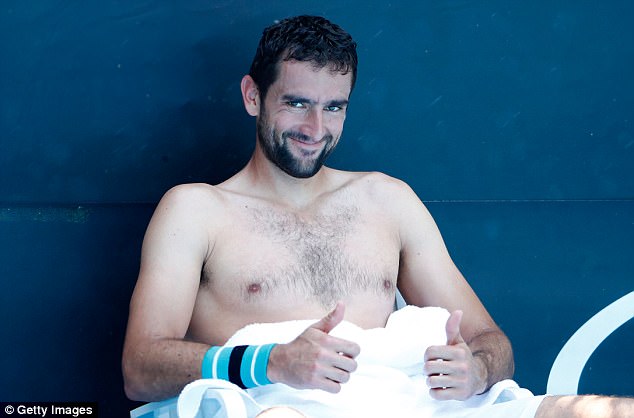 He said: ‘In one way, I had to experience one amazing experience in a final and one not so amazing. So I had both emotionally, great and not great. I think it’s going to help me to stay focused on what I have to do.

‘It’s big motivation for me to play that final and obviously to win, and I’m feeling really good with my game, and so hopefully I can have a great match and also great energy on the court.

‘I’m feeling really, really good physically, even though I had a few matches that went more than three hours. I think I played a great tournament so far with my level of tennis.’

Cilic’s US Open win was the great anomaly is this era of the ‘big four’. The Croatian produced one of the more impressive grand slam performances of recent years to beat Federer in straight sets in the semi-finals before staging a repeat against Kei Nishikori in the final. 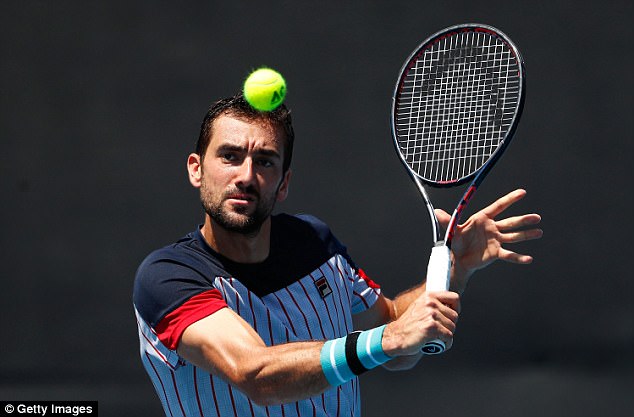 It was the only one of nine previous meetings that Cilic won but the matches have often been close, including their last clash at the ATP Finals in November.

Cilic, who will rise to No 3 in the rankings on Monday, certainly goes into the final in a good place and believes he is a better player than the one who lifted the trophy in New York three-and-a-half years ago.

‘I think overall consistently I’m playing better,’ he said. ‘I think I am performing better when you look at match after match. I think in the US Open that was just amazing tennis that I played. But it was more difficult for me to keep it for a long period of time.’

For all his confidence, there is no escaping the magnitude of the task ahead of him. Since winning his 18th grand slam title here so unexpectedly and brilliant 12 months ago, Federer has only lost only five matches.

He added an eighth Wimbledon crown last summer and is now through to a record seventh Australian Open final having not dropped a set all fortnight. 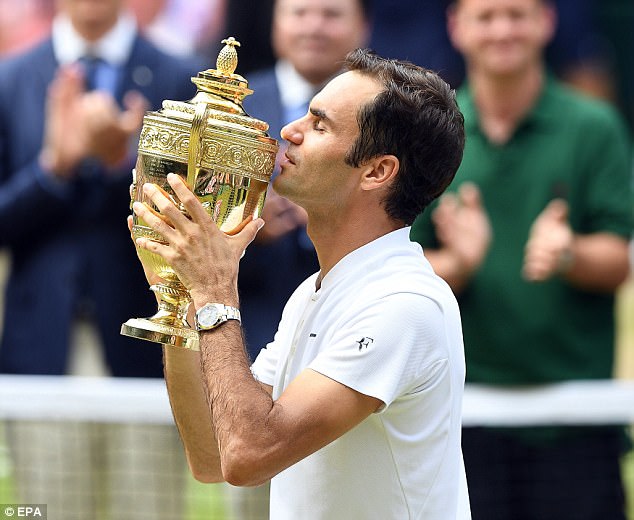 So what would grand slam title number 20 mean? ‘Twenty times special? I don’t know what to tell you. It would be amazing. I can’t believe how fast the week has turned out to be.

‘I’m just pleased that my game has been good from the very beginning of the tournament so far. I’ve won all my matches without dropping a set. Clearly I was a bit lucky against (Tomas) Berdych in that first set. But things must be all right if I’m at this stage not having dropped a set.’

Federer goes into the match as a heavy favourite but he is wary of Cilic, who has a big game and moves remarkably well for a man of 6ft 6in.

‘I definitely think him winning the US Open, like Stan (Wawrinka) winning here a few years ago, it gave them great belief they can do it,’ said Federer. ‘If the big moments come about, that they can attain this level.

‘I like his attitude. Sometimes you see other players you feel like they’re happy to have made the quarters. I think he strives for more.’