Marine-turned-terrorist, 26, gets 15 years in prison for Christmas day terror plot

A former marine accused of plotting a Christmas Day terror attack on Pier 39 in San Francisco has been sentenced to 15 years in prison.

Everitt Aaron Jameson, 26, was sentenced as a part of a plea deal in federal court on Monday.

He pleaded guilty to attempting to aid a terrorist organization, his defense attorney Charles Lee said to the SFGate.com.

Jameson, a father to two young children, was discharged from the Marines after he suffered an allergic reaction to a bee sting and for failing to disclose that he had a history of asthma in 2009. 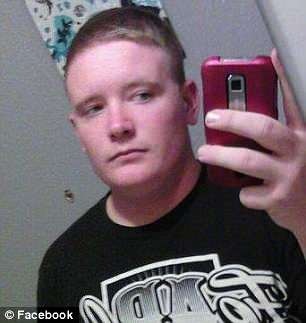 Everitt Aaron Jameson, 26, was sentenced to 15 years behind bars Monday as a part of a plea deal after he was accused of plotting a Christmas Day terror attack on Pier 39 in San Francisco

It was soon after that his lawyer Lee says ‘his personal life began to spiral out of control’.

He converted to Islam and began to post radical messages online. He also got into an incident with his wife where she attacked him with a knife and she was arrested. Jameson also eventually lost custody of his children.

Being isolated from the Marines and his family led him towards plotting the terror attack.

Alarm was raised when he began to post suspicious things on Facebook and liked and loved pro-Islamic and pro-terrorism posts on September 19, 2017.

Undercover agents then began to contact him and one even met with him to talk about plans for a potential attack. During an in person meeting with an undercover FBI agent Jameson suggested an attack at Pier 39.

‘Jameson specifically named Pier 39 in San Francisco as a target location because he had been there before and knew that it was a heavily crowded area and that according to Jameson, no reconnaissance or site survey would be necessary,’ affidavit documents stated. 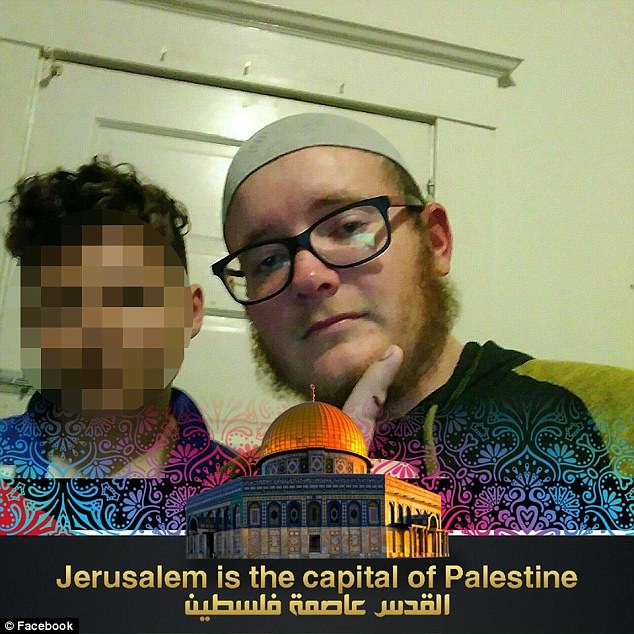 Jameson was discharged from the Marines in 2009. Soon afterwards he converted to Islam and later he lost custody of his two young children, setting him on a dark path towards plotting the attack 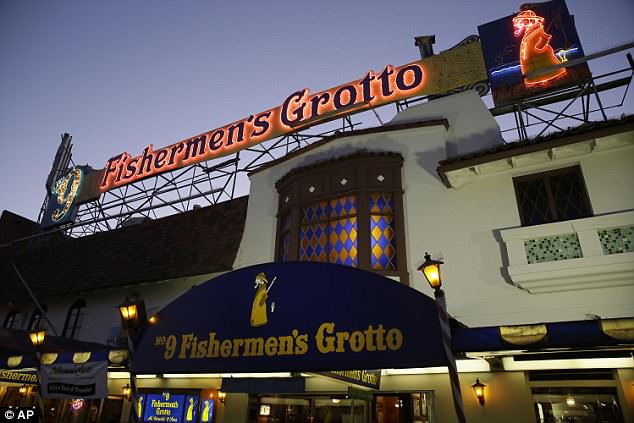 He is accused of planning the attack for Christmas Day at Pier 39 in San Francisco which is a popular tourist destination, a restaurant on the pier pictured above 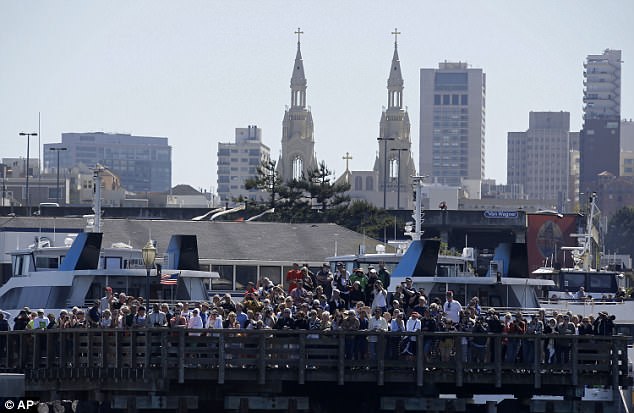 Despite planning the attack he told an undercover FBI agent he couldn’t go through with it. He was arrested after the FBI raided his home in December 2017

Jameson, a tow truck driver from Modesto, California, was arrested in December 2017 after the FBI raided his home and found a handwritten letter confessing to committing acts against non-Muslims. A second envelope held his ‘last will and testament’.

They also found two rifles, a pistol, ammunition and fireworks but his lawyer said they were legally purchased and registered to his stepfather.

The arms were also locked in a cabinet that was inaccessible to Jameson.

‘It’s understandable, at the time, that he was very distraught and emotional and very susceptible to certain suggestions. He’s in a different place now that there’s some distance from those events,’ Lee said.

In talks with an undercover FBI agent two days prior to his arrest he said he could no longer go through with the terror plot saying, ‘I also don’t think I can do this after all. I’ve reconsidered.’

When the undercover agent said ‘We can only do Allah’s will’ he reportedly responded saying: ‘Inshallah (God willing) one day I can. But I can’t.’

‘At the end of the day, he told the undercover (informant) that he thought it over and he couldn’t go through with it. But at the same time, Mr. Jameson is taking accountability for what he did agree to at one point,’ Lee said.

If he had gone to trial, he would have served 40 years in prison.

‘He’s at peace with his decision at this point. He hopes to get out and spend time with his family. What’s driving him right now is his thoughts of his family,’ he added on Jameson’s prison sentence.