Mario Kart comes to Google Maps to help you navigate

March 10, 2018 was Mario Day, and to mark the occasion, Google collaborated with Nintendo and got the iconic moustache’d plumber to pop up on Google Maps in his Go-Kart and accompany people on their daily commutes.

However, this won’t be a permanent feature on Google Maps – Mario will only stick around until Sunday, March 18.

‘To celebrate our favorite mustachioed plumber-turned-racer on his special day—MAR10 Day—we’ve collaborated with the team at Nintendo to let Mario accompany you on all of your driving adventures on Google Maps this week,’ Google wrote on its blog.

Here’s all you need to know about Super Mario on Google Maps and how you can get it.

How to get Mario on Google Maps

First, you must make sure your Google Maps app is up-to-date. The Mario feature will only work on Android and Apple phones.

Once the app is updated, open it up and type in and select the destination you want to go to. Then, press the blue ‘Directions’ button at the bottom left of the screen.

This should open up the different means of transportation. Unfortunately for keen walkers, cyclists and public transport users, the Mario feature only works when using the Car navigation route.

Once you’ve selected driving mode, a question mark box should appear to the right of the ‘Start’ button. 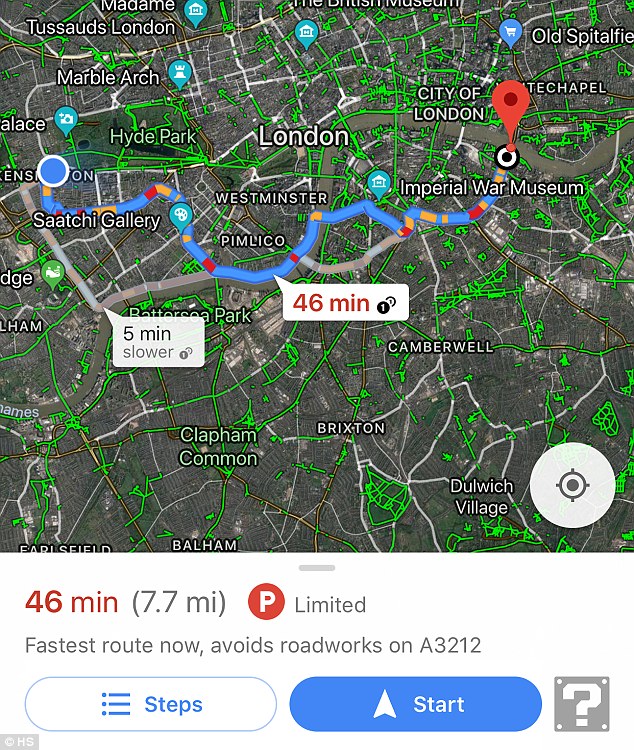 Unfortunately for cyclists and walkers, the Mario feature only works using the Car method

Clicking the question mark will bring up an image of Mario in his Go-Kart, offering you the option of ‘navigating your world as Mario to celebrate Mario Day’.

‘He’ll be a constant companion wherever you’re driving this week—to work, to school, or the spaghetti house.’ 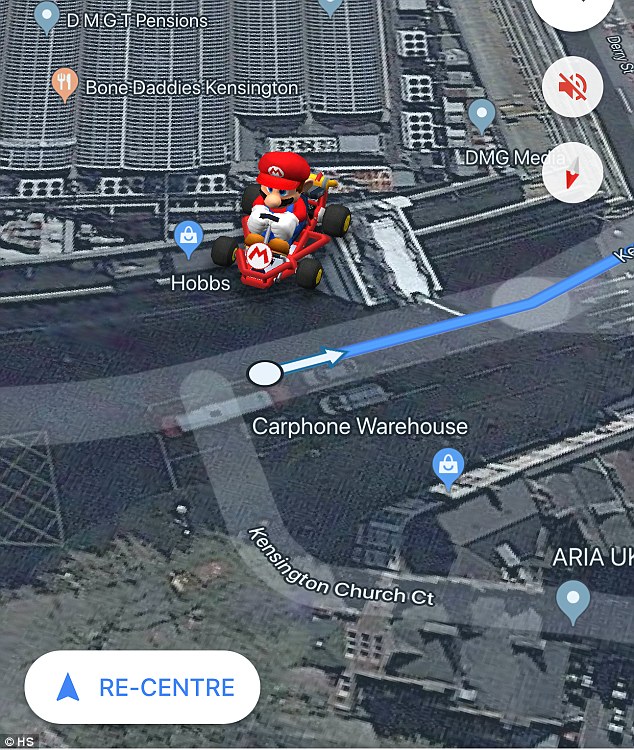 The collaboration between Google and Nintendo celebrates Mario Day, which is on March 10

What is Mario Day?

Mario Day is a day that came about when someone noticed that Mario’s name looks a lot like Mar 10 – March 10, according to Days of the Year.

The best way to celebrate it is to play your favourite Mario games.