MARK ALMOND: Ayatollahs are hell-bent on a confrontation with the West

MARK ALMOND: Ayatollahs who executed British-Iranian citizen Alireza Akbar are hell-bent on a confrontation with the West

By Mark Almond Foreign Policy Analyst For The Mail On Sunday

Iran’s leaders have been hanging dissidents since the start of the year, as they battle to quell the wave of street protests against the country’s repressive system. But yesterday’s execution of the joint British-Iranian citizen Alireza Akbari is a brutal step beyond. And it raises the spectre of an international crisis pitting the Islamic republic’s hardliners against the West.

Britain has been targeted as a threat by the Ayatollahs’ regime ever since the 1979 Islamic Revolution. We are the ‘Little Satan’ in their demonology. America is the ‘Great Satan’, said to be co-ordinating diabolic plots against Iran with its London allies.

Paranoid they might well be, but such fantasies can have catastrophic consequences.

Iranian-British dual citizen Nazanin Zaghari-Ratcliffe spent more than five years in jail as a result of the flimsy claim that any Iranian who shows dissent from the regime is a Western spy.

After 40 years, and in the face of mass urban protests, the plausibility of those accusations is waning. But far from backing off, the Ayatollahs are doubling down. Iran has developed a growing range of sophisticated weapons, such as ballistic missiles, to the alarm of its neighbours. The fear is that Tehran’s renewed enrichment of uranium means it could soon have both a nuclear warhead and a delivery system capable of hitting its enemies in Israel – and reach deep into Western Europe.

Sadly, it is possible that Britain’s decision to bring sanctions against the regime’s Revolutionary Guards for backing terrorist groups across the Middle East could have triggered the hanging of Akbari.

Tehran had accused him of being the key informant for Israeli agents alleged to have assassinated a nuclear scientist in Iran.

More damning, it was claimed he had helped Donald Trump target and kill the Revolutionary Guards’ commander Qasem Soleimani, a military hero, in Baghdad three years ago.

It is hardly creditable that Akbari, who left Iran’s government 15 years ago, could have had access to hour-by-hour information on the whereabouts of these people.

Blaming the failures of their security services on a scapegoat such as Akbari won’t wash in the outside world. But what it is doing is stoking international tension. Cynically, the Ayatollahs need a foreign crisis to distract from their failure to stifle the populist protest movement, which was sparked by the death in police custody of a young woman, Mahsa Amini, who had not worn her headscarf ‘properly’.

Britain’s attempt to use quiet diplomacy to save Akbari failed, but Tehran probably saw such an approach as a sign of weakness. 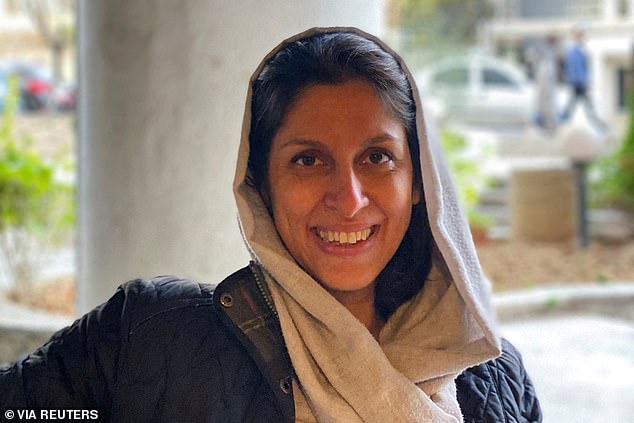 This episode recalls Saddam Hussein’s execution of Observer journalist Farzad Bazoft as a ‘spy’ in 1990 in order to try to show that a Middle Eastern leader could defy a former imperial master.

That brutality in Iraq began the downward slide to the first Gulf War later that year.

Today, Iran’s rulers seem to think that extending their brutality by executing someone with a British passport will rally their people around them. But with the possibility that the regime might be nearing its death throes, this is a very dangerous moment, because Tehran could still wreak havoc.

Its decision to supply Russia with kamikaze drones to attack Ukraine shows that Iran has the weapons to target the West’s energy allies across the Persian Gulf.

Iran’s desperate hardliners see a crisis with the West as the best hope of finding themselves a lifeline. Their support of Russia suggests this could be part of a chain reaction of East-West conflicts that Moscow has deliberately created.

Most chillingly, I fear there is more to come.

Mark Almond is director of the Crisis Research Institute, Oxford.