On the footy field AFL great Mark ‘Bomber’ Thompson was one of the toughest to  ever pull on the red and black jumper.

To those lucky enough to have watched him in his prime at the Bombers during the 80s and 90s, he appeared bulletproof.

This week a broken Thompson fronted a Melbourne court and told the world he had been using ice. 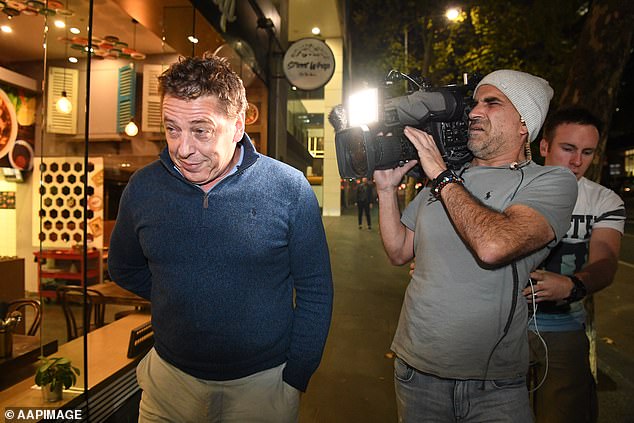 Thompson (left) is seen exiting the Melbourne Magistrates’ Court in Melbourne last year. He did the walk of shame followed by a roving media pack who chased him down the street

The 55-year-old is accused of much worse.

Police allege ‘Bomber’ is not only a user of methylamphetamine, he deals it. These are allegations he will contest at trial.

In his home state of Victoria, ice is a scourge responsible for the destruction of not only the lives of individuals, but families and whole communities.

Country Victoria is ravaged by the evil drug, which is also swamping cities across Australia.

Thompson has admitted in court that he used ice during the latter half of 2017, and said he was tempted to try LSD but ‘didn’t have the guts’.

‘Ice, that’s it really,’ he said when asked about his drug use.

Thompson said it had become a habit.

‘I was smoking too much,’ he said. ‘It was a difficult time. I left the industry where I worked in a bad way.’

Thompson linked his struggles to Essendon’s supplements scandal, which rocked the club and league in 2012.

The story goes he would get around everywhere in bare feet as a kid and thus was called ‘Bomba’ after the kid in the Tarzan films.

The media would later dub him ‘Bomber’.

Thompson coached Geelong to two premierships between 2000 and 2010 before moving to his beloved Bombers as an assistant coach in November 2010.

Experts thought he should have been head coach, but golden boy James Hird took on what would become a poison chalice.

Thompson would four years later serve one year in the top job when Hird was suspended over the doping scandal.

Thompson called it quits at the end of that season. 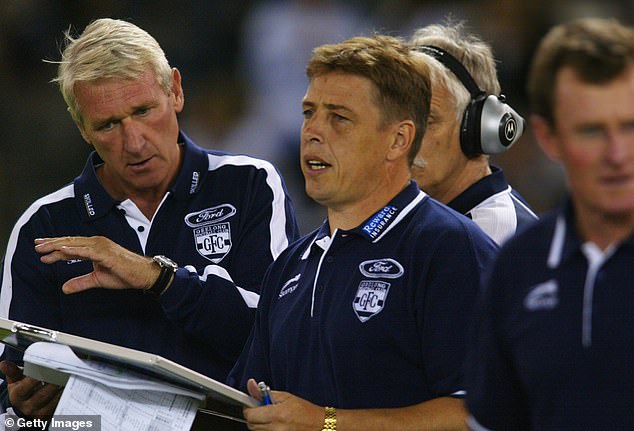 Mark Thompson during the AFL Wizard Cup Semi Finals match between the Geelong Cats and the Collingwood Magpies in 2003. 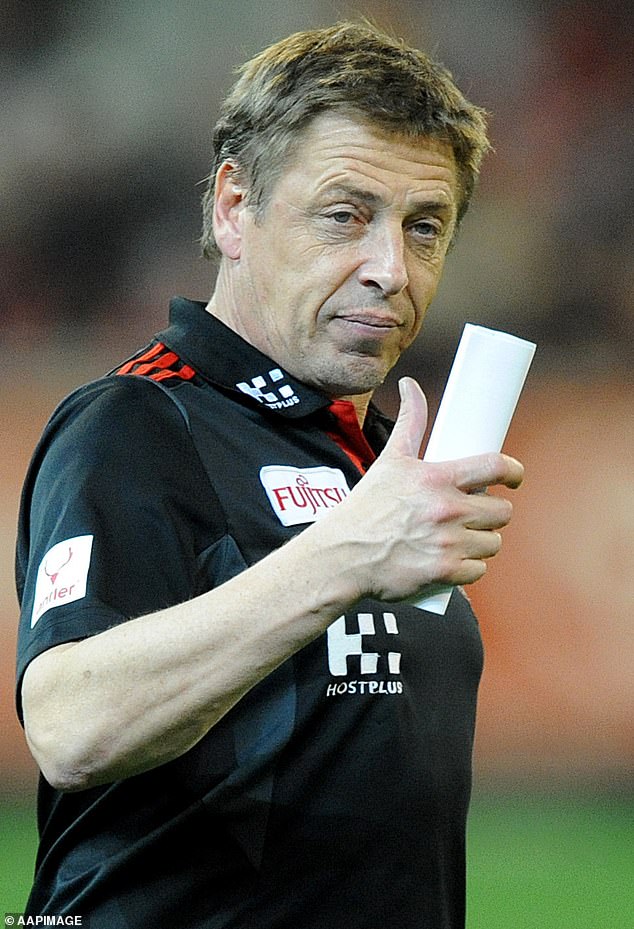 Mark Thompson would move back to his beloved Bombers as an assistant coach, but got caught up in the doping scandal which tore apart the club and allegedly turned him onto the dreaded drug ice

He would later say the drug scandal that consumed the club had a devastating toll on himself.

But things would become much worse.

On May 2 last year, he was charged with seven counts of drug trafficking and possession and released on a $20,000 bail surety.

Bomber had become the scandal again.

‘Everything I believed in … was just in ruins,’ Thompson said of the scandal in which 34 players were found guilty of taking banned performance-enhancing drugs.

‘I just couldn’t believe we could do that to a group of young men. I think about it every day… I’m still not over it.’

He said he first got into ice when bikie drug seller Thomas Windsor knocked on his door in 2017 and offered him the drug.

‘I’d left all my friends and my social life, so I was happy to open the door and talk to someone,’ he said.

Thompson said the man, who was at first ‘charming’, pressured him to to let him move in to his home – and he struggled to get him to leave.

‘I knew he shouldn’t be there, but he broke me down,’ Thompson said.

‘He is a lot tougher than me. I didn’t know how to get rid of him’. 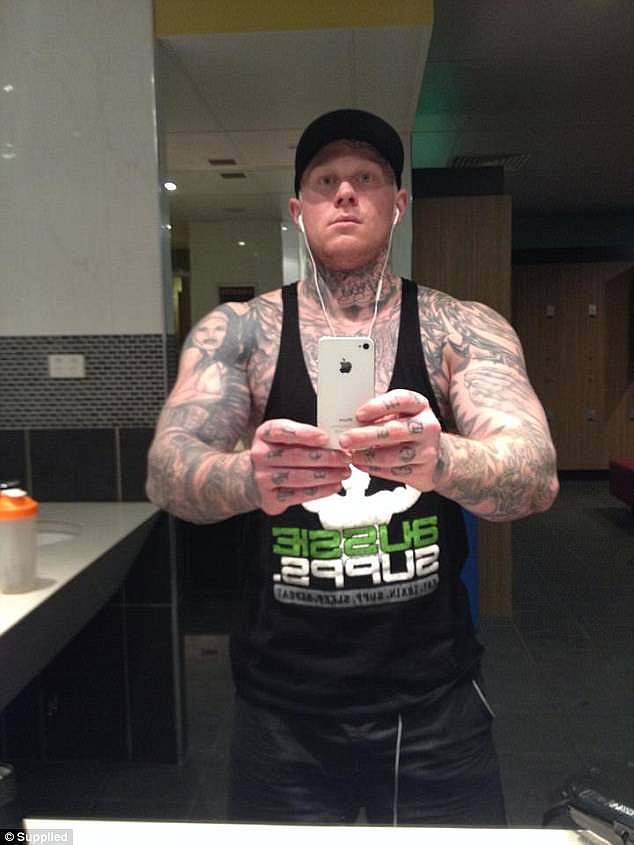 Police allege a lock box containing MDMA, ice, Xanax and an LSD tablet were found at Thompson’s home in January last year, along with equipment including scales.

He admitted owning the scales and using them to make sure he got the quantity of drugs he had paid for.

‘What you paid for is what you got.’

‘I can’t believe I’m saying this.’

While Bomber had claimed he only started to take drugs in 2017, some say he has been using illicit drugs since he was still coaching at Geelong.

Daily Mail Australia revealed this week Thompson may have been using cocaine as far back as 2009 when he coached Geelong to a premiership win over St Kilda. 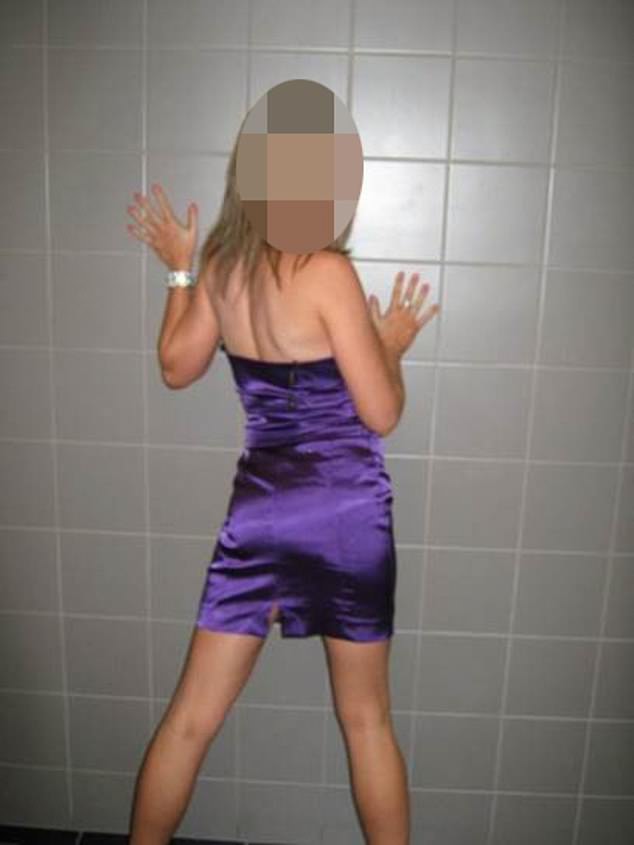 In messages sent by a woman who Thompson had a brief relationship with in August 2009, the disgraced former coach is referred to as going on ‘skiing trips’ – a coded reference for cocaine use.

His marriage to his first wife had broken down, he was stressed over a property deal, and his old club Essendon had been knocking on his door.

Bomber’s troubled life has been no secret among closed quarters and practically an open secret in the country town of Geelong.

Geelong’s former president Frank Costa admitted this week he had noticed Thompson’s life began to unravel towards the end of his Cats coaching tenure in 2009.

‘I saw it (erratic behaviour) towards the finish at Geelong, in 2010, and more since,’ Costa told afl.com.au.

‘I think that’s happened because his mind has been badly scrambled. I think those three things that I mentioned that happened to him in 2010 were too much for him.’

Many have suspected the club suffered from a drug culture under Thompson’s leadership, which had ramifications for years to come.

Dank was linked to Geelong.

Geelong admitted to sourcing a legal substance from a company connected to Dank to inject into injured players during the 2009 season – the year the club won the second premiership of its dynasty under Thompson.

Justin Murphy might best be known as a Blue, but there was a time he wore the blue and white stripes.

He played 18 games for the Cats in 2001 under Thompson and kicked nine goals.

In 2017 he was sentenced to six months in jail for a series of ‘evil’ attacks on his ex-girlfriend, including burning her with a blow torch.

Murphy pleaded guilty to 28 charges in what the magistrate described at the time as a ‘campaign of terror’ against his former partner Jill Scott.

The former great had attacked Ms Scott with a blow torch causing her to lose her middle finger as a result of the burns.

The court heard Murphy had struggled with addictions to the drug ice and GHB after retiring from his football career.

His disgrace came about seven years after midfielder Mathew Stokes found himself in hot water.

Drugs were to blame again.

Stokes pleaded guilty in 2010 to possessing cocaine and was placed on a 12-month good behaviour bond, without conviction, and ordered to pay $3000 to the court fund.

Stokes, who also played under Thompson, was subsequently punished by the club and suspended for months.

He had originally faced a trafficking charge, which would have seen him banned for life if convicted. 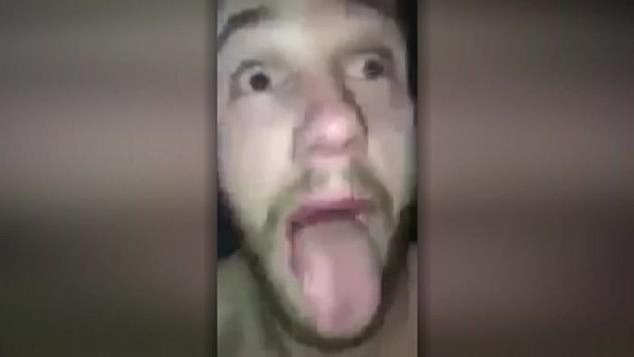 Shane Mumford in a video which showed him snorting a white powder. Mumford had joined the Cats in 2007 as a rookie, when Mark Thompson was coach

Last year a video of a seemingly wired Shane Mumford snorting a white powder was splashed across newspapers around the country.

The 32-year old veteran had joined the Cats in 2007 as a rookie and went onto play 21 senior games there before moving to Sydney in 2009.

All up, Mumford played 172 games for Geelong, Sydney and the Greater Western Sydney Giants, where Mumford still plays.