MARK CLATTENBURG: Danny Rose’s arm was outside his body and he made himself bigger

MARK CLATTENBURG: Danny Rose’s arm was outside his body and he made himself bigger… It was always going to be a penalty once it was referred

In keeping with UEFA instruction, referee Bjorn Kuipers was right to award Manchester City a penalty when Danny Rose handled as he slid to block Raheem Sterling’s shot.

Rose’s arm was outside his body and that, say UEFA, means the Spurs defender is making himself bigger. UEFA issued this instruction after similar incidents in the Champions League earlier in the season.

It was always going to be a penalty once it was referred to VAR and Rose knew it, you could tell by the way his body slumped. 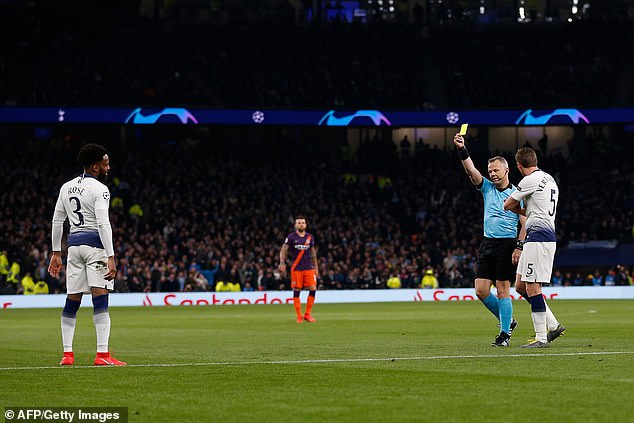 What I found interesting was that no City player appealed for the penalty and both sides seemed surprised when the game was stopped for the VAR check.

This is because Premier League teams would not expect this sort of handball to be given as a penalty.

It was good that Kuipers took a look for himself, though. The PGMOL want referees in England to rely on the advice of the video referee, whereas UEFA instruct them to make their own decision. 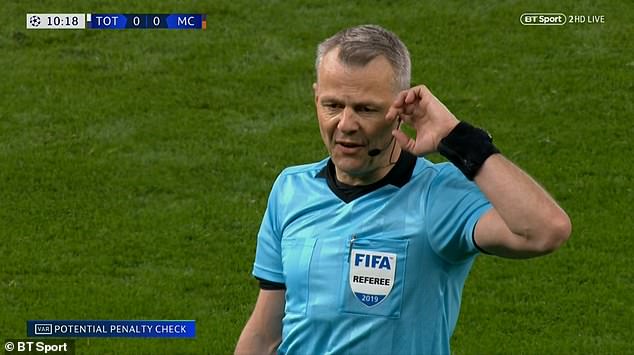 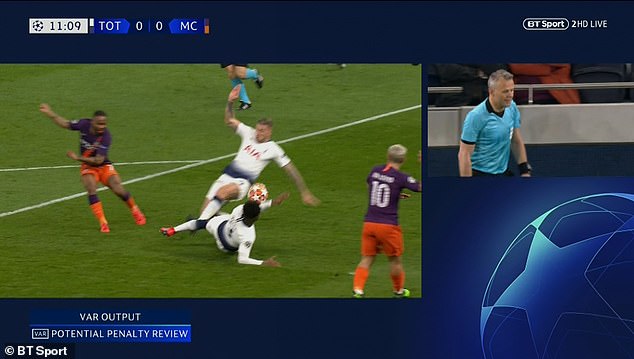 Rose’s arm was outside his body and that, say UEFA, means he is making himself bigger

This is important, a referee should always make the final call. If not, you spend the next five minutes worrying about whether the decision was right.

Later in the first half, the elbow of City midfielder Fernandinho connected with the back of Harry Kane’s head as the pair landed after an aerial challenge.

It was not referred to VAR and I think this is right. It was not a clear and obvious error, we don’t want VAR to ruin the game with too many checks.