By Charlie Coe and Kirsten Jelinek For Daily Mail Australia

A Townsville man has been found guilty of manslaughter and cleared from murder charges after he bludgeoned an elderly woman in her front yard.

Mark Daniel Ferguson, 23, left Pamela Frances Corless, 73, to die 3metres from the front door of her Cranbrook home in Townsville, Northern Queensland after he smashed the back of her head with a 1.5m piece of timber back in 2018.

A jury at the Townsville Supreme Court delivered their unanimous guilty verdict on Friday afternoon after a five day trial.

Mark Daniel Ferguson, 23, (pictured) was charged with manslaughter after leaving an elderly woman to die on her front lawn in Cranbrook, Townsville

Ferguson pleaded not guilty to murdering the 73-year-old and instead pleaded guilty to manslaughter, willful damage, burglary and stealing.

Acting Detective Inspector Phil Watts alleged at the time that the pair had been arguing over the renovations on her newly-purchased home.

‘There was work being done at the deceased’s home and we will allege there was a dispute over the work and the payment of work,’ Det Insp Watts said.

Ms Corless had only just moved to Townsville from Victoria to be closer to her family at the time of the attack.

‘You can imagine if your grandmother or mother move states to be close to you and then in a very short period of time this happens; they’re shattered,’ Det Insp Watts said of the victim’s family. 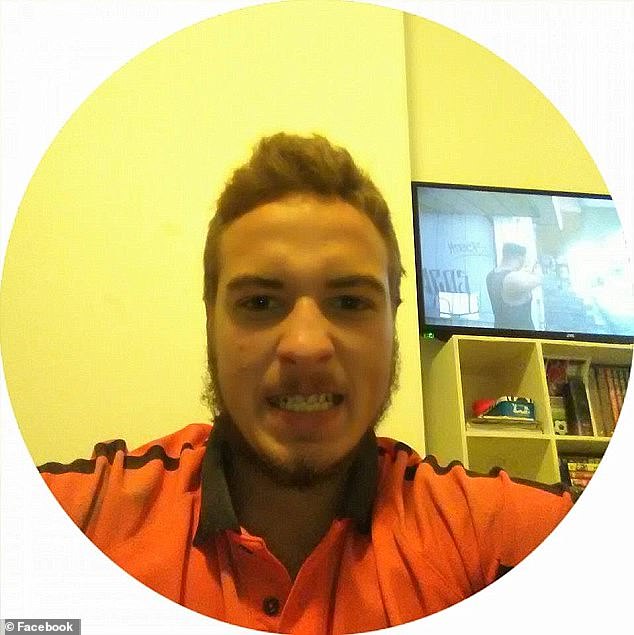 Mark Daniel Ferguson, 23, (pictured) killed Pamela Frances Corless after he smashed the back of her head with a 1.5m piece of timber back in 2018