Brexit campaigners will today launch an appeal for £500,000 so Big Ben can ‘bong’ when Britain leaves the EU on January 31.

The Bong For Brexit appeal is organised by Eurosceptic group StandUp4Brexit and is backed by Tory MPs including ex-minister Mark Francois.

Yesterday he called for donations to cover the cost of making the bell chime at 11pm on January 31, saying it was ‘inconceivable’ that any other clock than ‘the world’s most iconic timepiece’ would mark the UK leaving the EU.

But last night there were growing doubts that the campaign would succeed even if the money is raised in time. 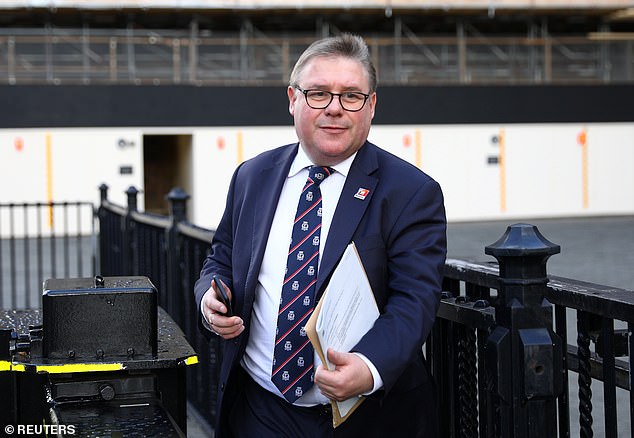 Campaigners have until Monday to raise the cash – but even then it could be refused by Commons officials.

As a back-up, plans are being drawn up by Brexit Party chief Nigel Farage – who is hosting an event in Parliament Square that night – to play a recording of bongs on loudspeaker.

The House of Commons Commission, which is responsible for Big Ben, has indicated it might not be lawful or proper to accept the cash.

A Downing Street source suggested the bongs were ‘dead’, adding: ‘It’s a huge amount of money for something I’m not sure that many people want.’

Earlier this week, Boris Johnson said he was ‘working up a plan’ to allow Big Ben to chime as the UK leaves the EU, calling it ‘Bung A Bob For A Big Ben bong’.

It emerged the cost could be as high as £500,000 because of the ongoing refurbishment of the 315ft Elizabeth Tower which houses the Big Ben Great Bell.

Mr Francois has personally pledged £1,000. He told Sky News: ‘However you voted in the referendum, this is undeniably a historic moment.

‘Those who wish to celebrate it – because we leave at a specific time – will need to look to a clock. It seems inconceivable…that it should be any other clock than the most iconic timepiece in the world, Big Ben.

‘We will launch a national crowdfunding campaign…that Big Ben will bong for Brexit.’ 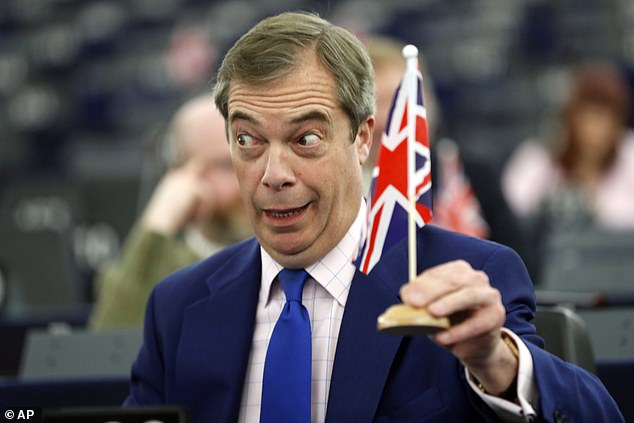 Brexit Party chief Nigel Farage, who is hosting an event in Parliament Square that night, will prepare a backup plan to play a recording of bongs if the campaign fails

He claimed the cost estimate had been ‘inflated’ by people who ‘didn’t want to do it in the first place’. The price tag is more than four times the original estimate of £120,000.

The tower and famous 14-ton bell, which dates from 1859, are undergoing long-term repairs. Big Ben has not chimed regularly since 2017.

Commons officials said the £500,000 estimate reflected delays to repair work, the cost of installing the chiming mechanism and a temporary floor around the bell.

The Bong For Brexit appeal is being hosted by GoFundMe. Rebecca Ryan, of StandUp4Brexit said: ‘It’s unthinkable that this moment won’t be celebrated by the chimes of the most famous clock in the world.’