Mark Hamill has signed on for his next feature film with an adaptation of comedian Bert Kreischer’s real-life exploits titled The Machine.

The comedy is inspired by Kreischer’s popular stand-up routines about his drunken college days, particularly a viral monologue about his time studying abroad in Russia and befriending local mobsters, Deadline reports.

The film will at least partially be set in the present, with Kreischer, 48, starring as himself and Hamill, 69, playing his father who gets roped into the consequences of his son’s actions.

New project: Mark Hamill, 69, will star as the father of Bert Kreischer in the film The Machine, which is based on the comedian’s viral standup routine about studying abroad in Russia, Deadline reported on Wednesday

Kreischer’s standup routine for the machine has currently been viewed by at least 37 million people, making it his most popular video to date.

The autobiographical comedy routine delves into his hard-partying years in college at Florida State University in the 1990s, leading to a Rolling Stone article featuring him labeled him ‘the top partyer at the Number One Party School in the country’ in a 1997 article.

But Kreischer’s most famous standup routine involves his time studying Russian, which he claims he could barely read or speak after four semesters of classes.

Yet somehow he was invited on a study-abroad trip to Russia with his class. 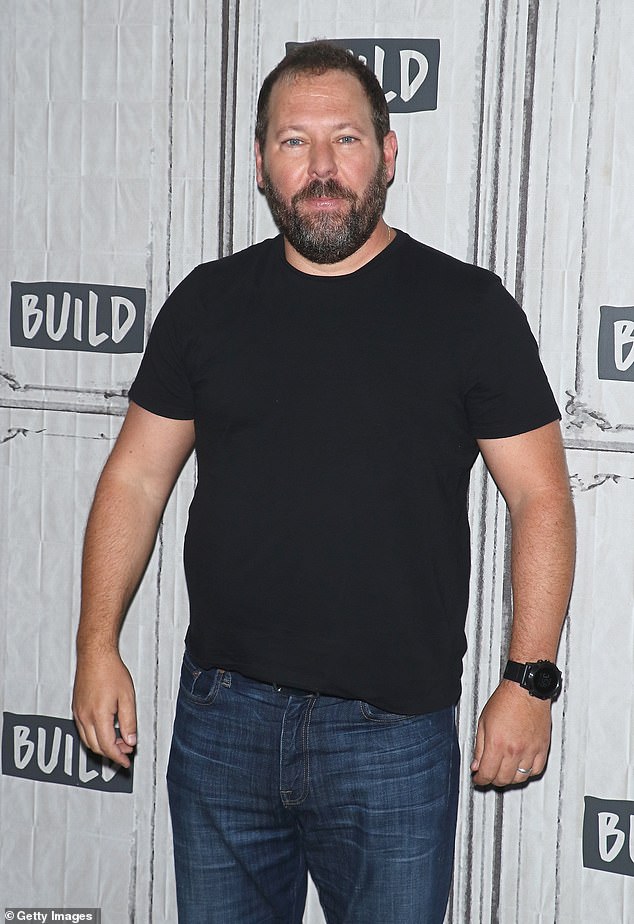 Viral star: Kreischer was named the top partier at the top party school in a 1997 Rolling Stone article, and he went viral with a routine about his drunken time partying with Russian mobsters; seen in 2018

According to his standup routine and interviews about it, Kreischer was so intrigued by the Russian mobsters that the school paid to protect the students that he went to visit them after class with a bottle of vodka to hear some of their stories.

But instead of the Russian introduction he planned, he accidentally introduced himself by saying, ‘I am The Machine.’

The mobsters loved the tough-guy nickname and his hard partying ways, so they started involving him in their criminal enterprises, culminating in having him rob a train that he and his classmates were on for a school assignment.

Kriescher has since become a popular standup comedian, podcaster and TV host, and he regular appears shirtless when he’s performing. 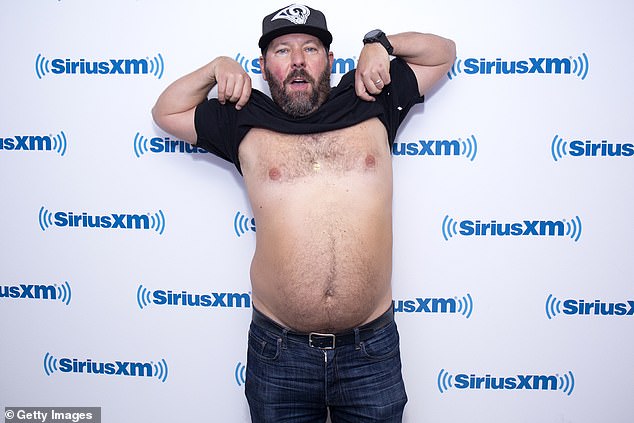 Too crazy to be true: Kreischer befriend Russian mobsters paid to protect his classmates, and they eventually got him to commit crimes with them, including robbing a train with his classmates aboard; seen in 2018 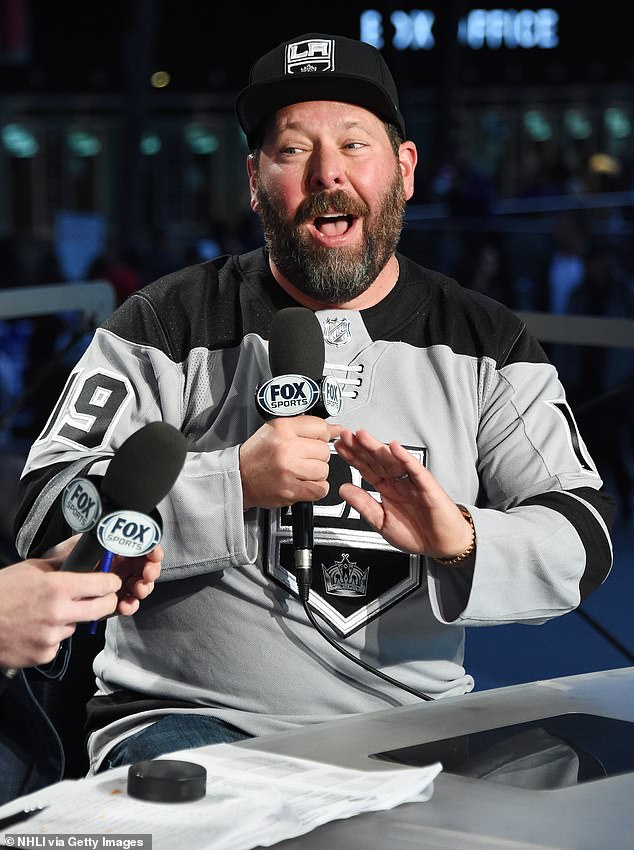 If the name fits: Kreischer was nicknamed The Machine after he forgot his Russian-language introduction to the mobsters and accidentally introduced himself as The Machine, which stuck; seen in 2019 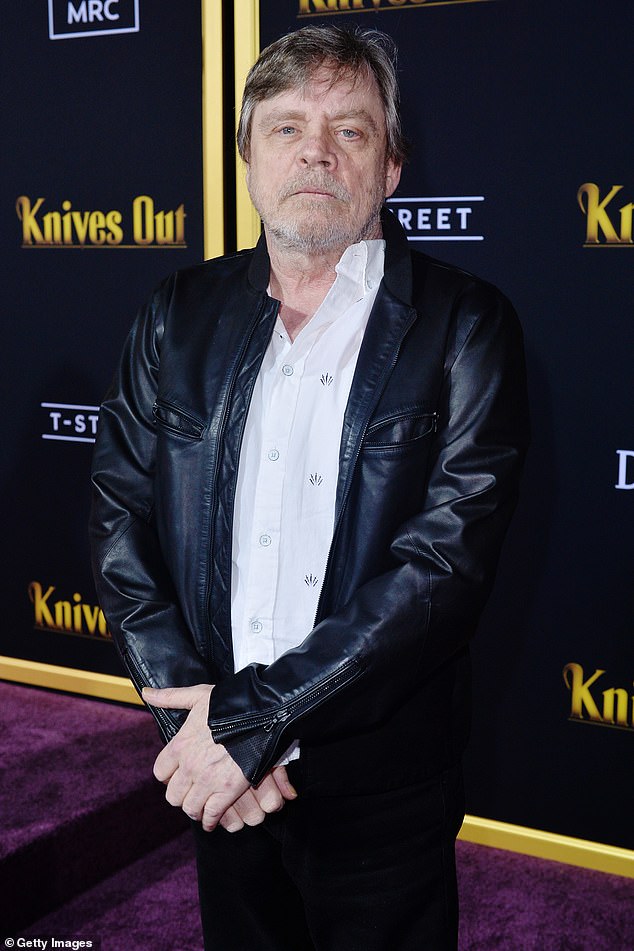 Along for the ride: Hamill will play Kreischer’s father 20 years after his exploits in Russia, when they’re kidnapped by those the comedian wronged in Russia; seen in 2019

According to Deadline, the film adaptation of The Machine will mix Kreischer’s real-life tale with a fictional storyline set in the present in the present featuring Hamill as his father.

In the wake of his fame, Kreischer and his father are kidnapped 20 years after the events of his standup routine by the people he wronged while drunkenly partying his way through his semester abroad.

Hamill is best known for his longtime association with the Star Wars universe and his considerably voice acting for animated shows, but he also showed off his skills outside of genre projects in the dark comedy Brigsby Bear from Saturday Night Live cast member Kyle Mooney.

The Machine is set to be directed by Peter Atencio, best known for directing every single episode of the acclaimed sketch comedy series Key & Peele, as well and Keegan-Michael Key and Jordan Peele’s film Keanu. 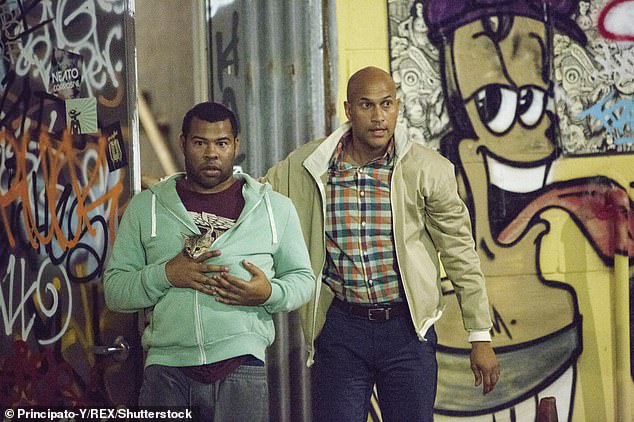 In good hands: The Machine is set to be directed by Peter Atencio, best known for directing all of the sketch comedy series Key & Peele, as well and Keegan-Michael Key and Jordan Peele’s film Keanu; still from Keanu