Mark Latham is ‘considering all options’ after being approached to join Pauline Hanson’s One Nation party.

The former federal Labor leader, who is now a critic of high immigration and multiculturalism, was among a list of high-profile people the Queensland senator had approached.

The 57-year-old media commentator, who grew up in working class south-west Sydney, told Sunrise the offer to join her right-wing party was ‘very flattering’.

Mr Latham, who led Labor to defeat at the 2004 election, said he had ‘been approached by representatives of four different parties wanting me to run in the Senate,’ 9 News reported.

‘I’m not going to be talking about private conversations. I can’t go into details,’ he said today.

‘The serious point is the country is heading in the wrong direction.

‘The major parties are on the nose.’ 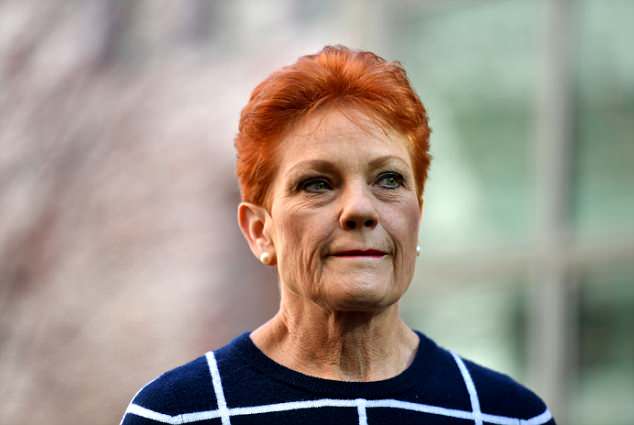 Australian Conservatives senator Cory Bernardi and maverick north Queensland MP Bob Katter, who both last year campaigned against gay marriage, have also been rumoured to have been asked to join One Nation.

‘There’s more chance of the Pope becoming a Muslim’ than him joining One Nation,’ Bob Katter responded in relation to Mr Latham’s potential recruitment.

Katter’s son Robbie, a member of the Queensland parliament, was also approached by the party, which is opposed to high immigration and multiculturalism. 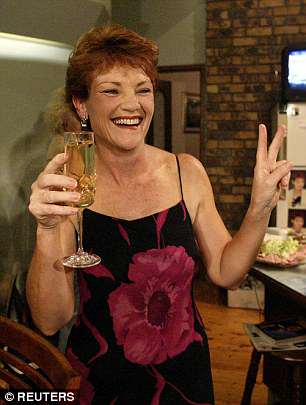 A spokesman for Senator Bernardi said ‘the only party he’s interested in being a member of is the one he started, the Australian Conservatives’.

Talk of Mark Latham joining One Nation, to head the party’s Senate ticket at the next election, gained momentum after New South Wales senator Brian Burston was accused by his own boss, Pauline Hanson, of trying to defect to the Shooters, Fishers and Farmers Party – an accusation he denied.

Senator Hanson emotionally accused him of stabbing her ‘in the back’.

‘For him to turn around and do this to me – it’s hard. But I’m going to keep going and get good people in that parliament beside me, because it means so much to me to help the people that need help,’ she told Sky News host Ben Fordham.

Those within One Nation have not denied or dismissed speculations over recruitment allegations.

Daily Mail Australia attempted to contact Ms Hanson and Mr Latham but did not receive a response.

He joined the libertarian Liberal Democrats in May 2017.

He supports Senator David Leyonhjelm on the issue of free speech but not on the call to unwind strict gun laws.

He hailed from Labor’s Right faction and was previously an adviser to Bob Carr when he was the NSW Opposition Leader.

Before entering federal parliament, he was the mayor of Liverpool in Sydney’s south-west.

He won the federal seat of Werriwa in a 1994 by-election, an electorate previously held by his mentor and former Labor prime minster Gough Whitlam.

Since leaving politics, he has been a columnist for the Australian Financial Review and Sky News but was sacked from both jobs.

He remains a regular on Seven’s Sunrise and Sydney radio station 2GB as a guest of Alan Jones and Ben Fordham, where he comments on the issues of high immigration, multiculturalism and identity politics.