A leading pro-Trump Republican congressman said he does want to be considered for President Donald Trump’s chief of staff hours after a report said he took himself out of the running for job.

Mark Meadows, a vocal Trump backer in Congress and a member of the House freedom caucus, told Politico he is interested in the gig.

‘Serving as Chief of Staff would be an incredible honor. The President has a long list of qualified candidates and I know he’ll make the best selection for his administration and for the country,’ he said in a statement.

Meadows was one of the first names to pop up for the job after Nick Ayers, the top aide to Vice President Mike Pence, declined on Sunday to succeed John Kelly as Trump’s chief of staff.

There are at least seven men being considered by the president but none appears to be in the lead and it is unclear how much any of them actually wants the job.

Others under consideration include Treasury Secretary Steven Mnuchin, Director of Office of Management and Budget Mick Mulvaney, and the United States Trade Representative Robert Lighthizer, according to the New York Times. 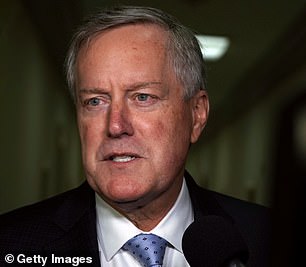 Nick Ayers (left) took himself out of the running for the chief of staff job but Rep. Mark Meadows (right) said he is interested after a report he didn’t want the gig 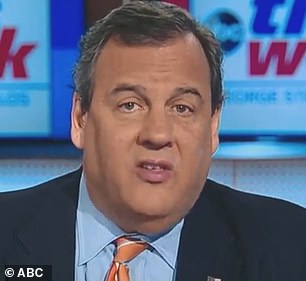 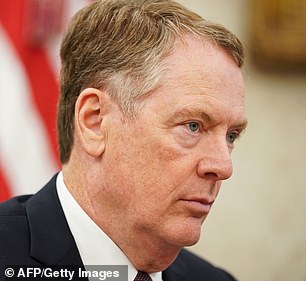 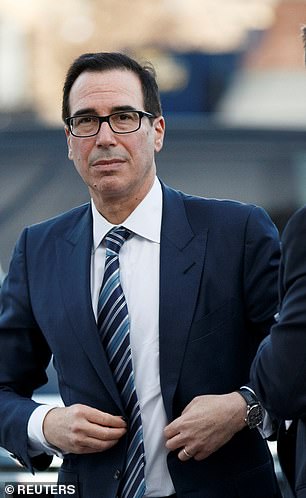 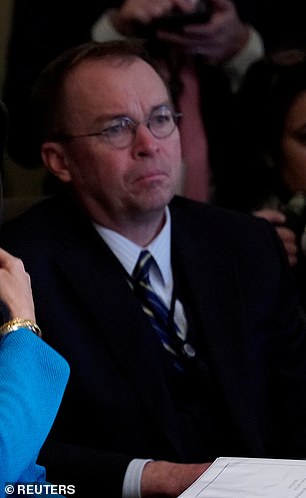 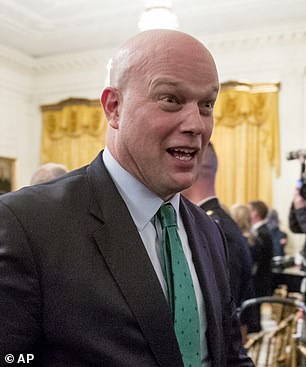 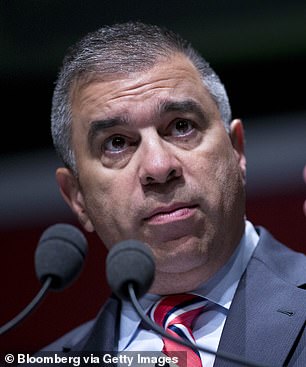 Contenders for Trump Chief of Staff

Mark Meadows: A four-term congressman from North Carolina and the chairman of the ultra-conservative House Freedom Caucus. A top Trump ally on Capitol Hill, Meadows has been one of his most ardent defenders in Russia investigation

Steven Mnuchin: Treasury secretary who has a previous relationship going back with Trump to when they were both businessmen in New York; Trump attended his wedding

Mick Mulvaney: A former House member who joined Trump’s administration to lead the budget office; he has pushed the president to the right fiscally

Matt Whitaker: Trump named him acting attorney general after Jeff Session left the top job at Justice and is said to get on well with him

Chris Christie: The former governor of New Jersey has had his name bandied about for a number of administration jobs, including attorney general

David Bossie: He is the president of Citizens’ United and co-wrote a book with Corey Lewandowski about working on Trump’s campaign

Meadows, the chairman of the ultra-conservative House Freedom Caucus, was first reported by Axios to be under consideration.

But CNN reported Monday morning he took himself out of the running, a situation that changed with his statement Monday afternoon.

Mnuchin and Lighthizer accompanied Trump on his recent G20 trip to Argentina. Lighthizer is a key player in the China trade negotiations and Mnuchin has a long standing previous relationship to the president dating back to when both were businessmen in New York.

Mulvaney’s name has come up for the chief job before with reports differing on how much he wants it.

Whitaker is liked by Trump and accompanied him to Saturday’s Army-Navy game. But while Trump named him acting attorney general, he didn’t give him the permanent job after questions were raised about comments Whitaker had made on special counsel Robert Mueller’s Russia investigation.

Christie has long been on the ins – and the outs – with Trump. His name has been mentioned for an array of jobs – including the chief of staff position when it was last open.

Bossie co-wrote a book with Corey Lewandowski about working on Trump’s campaign and has backed the president’s assertions he is the victim of a ‘deep state’ working against him.

The previous job holders have found their reputations diminished in the wake of their duties.

The first to hold the position, Reince Priebus, was mercilessly mocked by his boss before being fired via a tweet Trump sent from Air Force One and then left Priebus on the tarmac at Joint Base Andrews.

Kelly, who is leaving the job at the end of the year, was subject to endless speculation about how long he would last in the position and was, at times, not speaking to the president.

The role of chief of staff – the most powerful job in the West Wing – has evolved under Trump into more a laughing stock and it may prove a difficult position for the president to fill.

‘You really do have to wonder why anybody would want to be Donald Trump’s White House chief of staff given that so far it’s been mission impossible,’ Chris Whipple, the author ‘The Gatekeepers,’ a history of White House chiefs of staff, said to Politico. 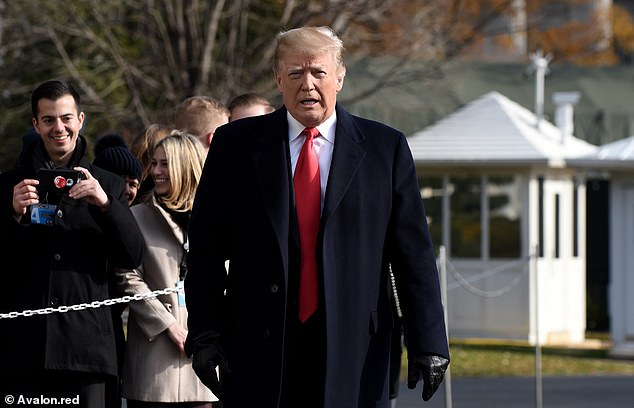 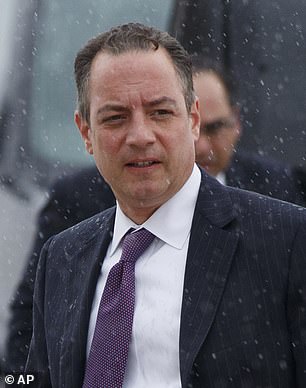 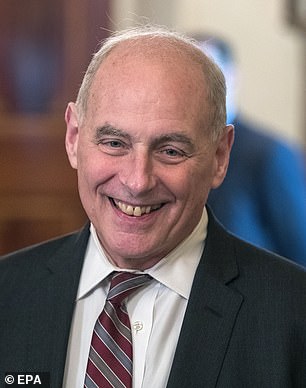 On Sunday, Ayers, who was the leading candidate for the position, said no to the president’s offer after Trump refused to let him take it on an interim basis, serving only through the spring of next year.

Trump liked the 36-year-old former lobbyist, whose blonde hair was said to remind the president of himself. And Ayers was also said to be the favorite choice of Ivanka Trump and Jared Kushner, who pushed for him to get the position.

But Ayers – who was long the subject of speculation he would get the gig – was said to grow cautious as the job became available.

His refusal was seen as a humiliation to the president, his daughter and his son-in-law, one official told The New York Times.

Ayers concerns were said to come out of his two predecessors’ inability to manage the president, Trump’s past record of unleashing his wrath (and tweets) on aides, and his concern his standing would diminish in the party if he were unable to rein-in the West Wing.

Instead, the father of triplets will return to his home in Georgia and run a Trump super PAC. It’s said he’s interested in his own bid for public office one day.

Trump’s presidency has seen a record high rate of staff turnover – something the president is said to be sensitive about.

He took to Twitter on Sunday to claim the ‘fake news’ said the job was Ayers.

‘I am in the process of interviewing some really great people for the position of White House Chief of Staff,’ he wrote.

Trump revealed on Saturday that Kelly would be ‘leaving at the end of the year’.

‘John Kelly will be leaving – I don’t know if I can say retiring – but he’s a great guy,’ Trump told reporters as he was leaving the White House to attend the Army-Navy football game in Philadelphia.

‘We’ll be announcing who will be taking John’s place – it might be on an interim basis. I’ll be announcing that over the next day or two, but John will be leaving at the end of the year. I appreciate his service very much.’ 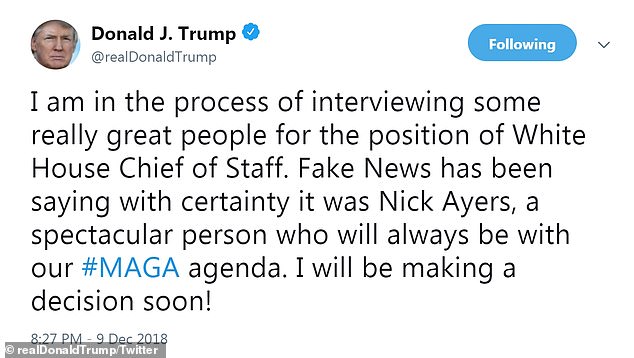 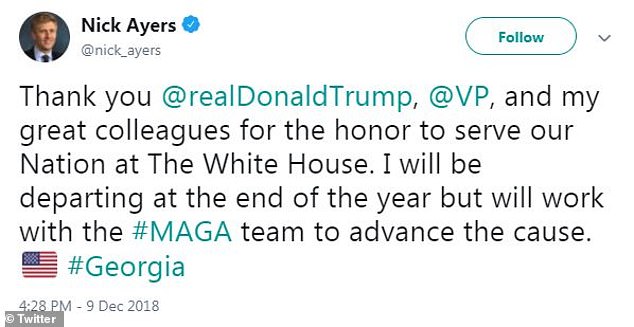 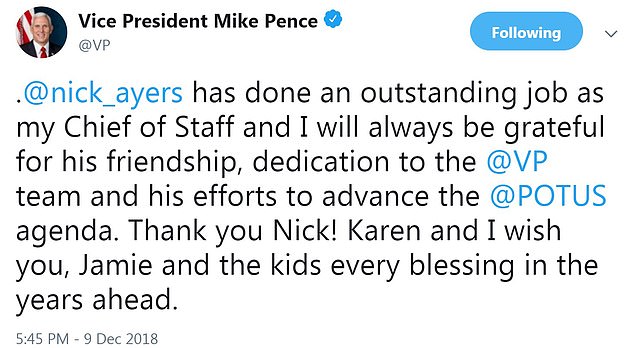 Ayers took to twitter Sunday to thank the president.

‘Thank you @realDonaldTrump, @VP, and my great colleagues for the honor to serve our Nation at The White House. I will be departing at the end of the year but will work with the #MAGA team to advance the cause. #Georgia,’ he wrote.

And Pence tweeted his thanks to his outgoing chief.

‘.@nick_ayers has done an outstanding job as my Chief of Staff and I will always be grateful for his friendship, dedication to the @VP team and his efforts to advance the @POTUS agenda. Thank you Nick! Karen and I wish you, Jamie and the kids every blessing in the years ahead,’ he wrote.