When Indianna Carroll screamed in agony: ‘I’d rather kill myself than have this bloody horrible disease’, her helpless father cried himself to sleep.

The 20-year-old cheerleader – who has been battling with endometriosis for three years – made no attempt to disguise the stark reality of her suffering.

In the early hours of the next morning, former NRL star Mark ‘Spud’ Carroll quietly tip-toed into his daughter’s bedroom to check to see if she was still breathing.

‘It scared the sh** out of me,’ the emotional 51-year-old father told 9Honey.

For the past three years, 20-year-old Indianna Carroll (pictured), who’s a cheerleader for Manly Seabirds, has been suffering from the debilitating condition 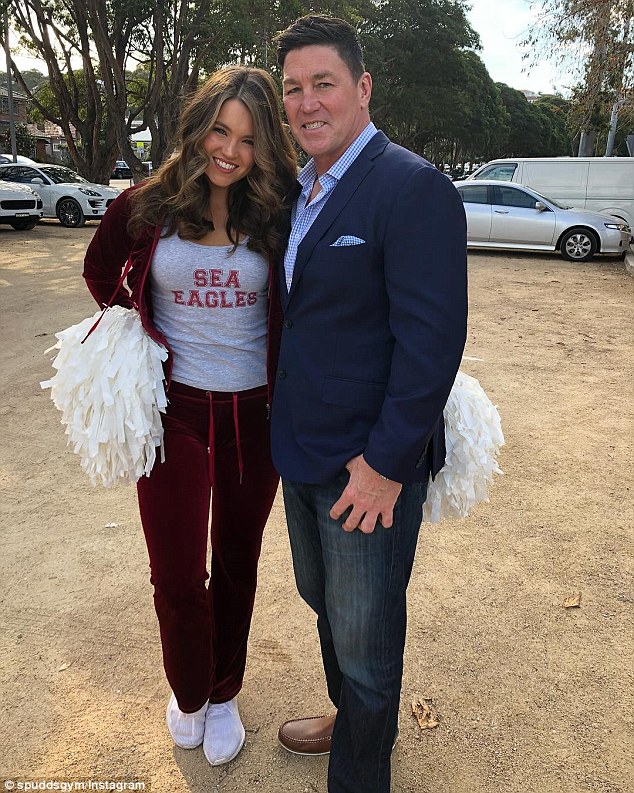 The former bodyguard of Russell Crowe said the family have tried everything imaginable to help Indianna through the crippling condition – but to no avail.

‘We have tried everything. The amount of money I’ve spent on doctors. These doctors, they think they know… they’ve got no idea, seriously. No one knows how to cure it,’ he explained.

After undergoing a keyhole surgery two weeks ago, Indianna has noticed positive signs of improvements.

‘She rings me up in tears – and I’m thinking, “Here go again” – but she rings up in tears of happiness because she can feel the pain going,’ Carroll said.

The former Manly Sea Eagles star said the debilitating condition has even ravaged his girl, even leaving her bedridden for up to three days.

For the past three years, Indianna, who’s a cheerleader for Manly Seabirds, has been suffering from endometriosis that affects one in 10 women. 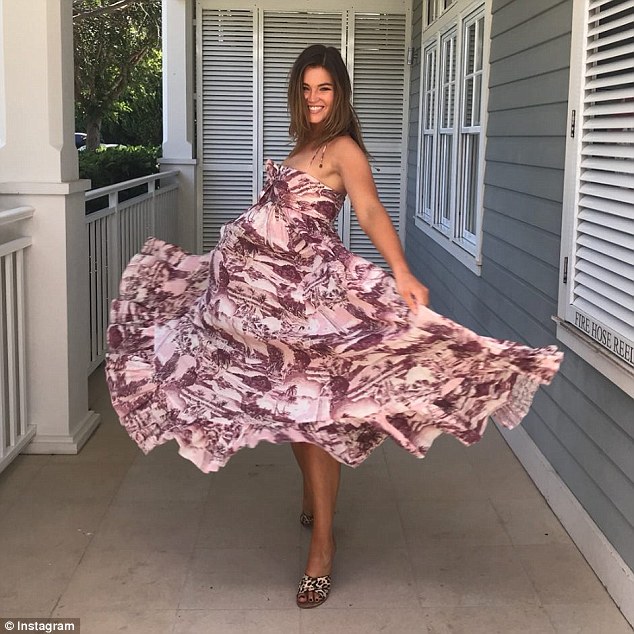 Endometriosis is a common disease in which the tissue that is similar to the lining of the womb grows outside it in other parts of the body.

Up to 10 per cent of women suffer with endometriosis at some point in their life with the disease often starting in teenagers.

Symptoms are variable and this may contribute to the seven to 10 year delay in diagnosis. Common symptoms include pelvic pain that puts life on hold around or during a woman’s period. It can damage fertility.

While endometriosis most often affects the reproductive organs it is frequently found in the bowel and bladder and has been found in muscle, joints, the lungs and the brain.

Previously speaking to The Grill Team on Triple M, the father struggled to hold his emotions as he revealed the heartbreaking remark his daughter made.

‘Going to bed one night and she’s screaming through the house: “I’d rather kill myself than have this bloody horrible disease”,’ Mr Carroll said.

‘I went to bed balling. I cried myself to sleep.’

The 51-year-old father, from Penrith in Sydney’s west, said the condition has ravaged his young girl, even leaving her bedridden for days.

‘There’s so many days Indianna has been stuck in bed… can’t get out of bed for three days,’ he said.

‘I play rugby league as hard as I could. I got the name as “Mark Carroll who was a tough bugger”. But mate, I cried hard [when I see her in pain].’

Endometriosis prevents women from falling pregnant because the lining of the uterus grows outside of the uterus causing extremely painful periods, fertility issues and loss of organs. 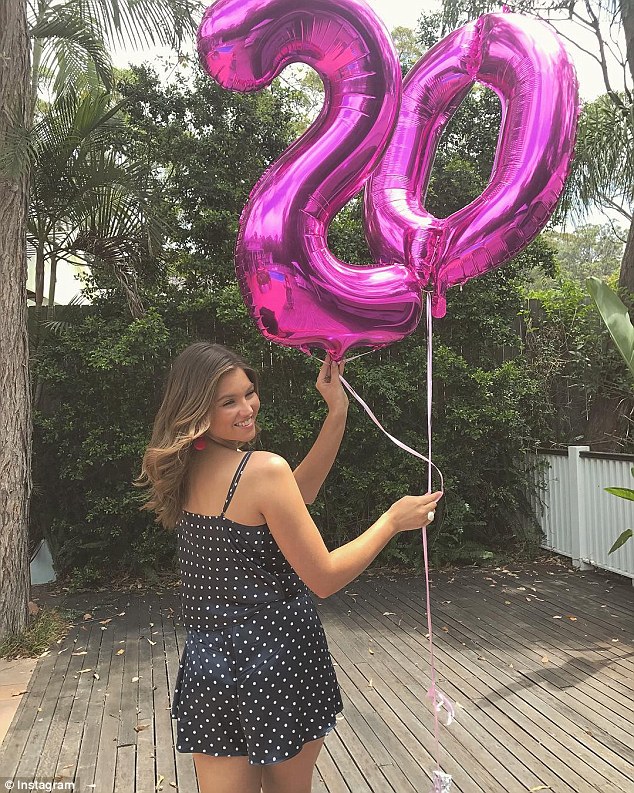 After undergoing a keyhole surgery two weeks ago, the 20-year-old has noticed positive signs of improvements 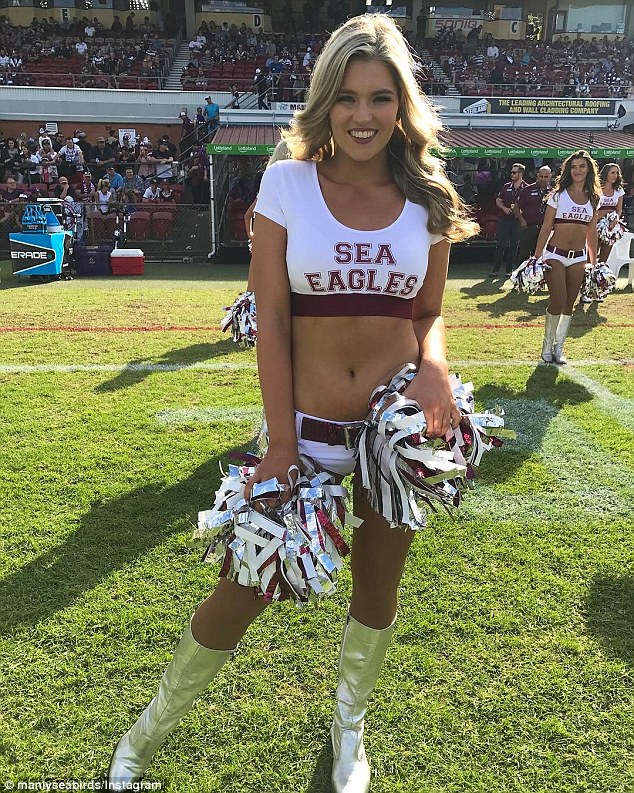 Mr Carroll said the condition runs in the family, including his wife Monique.

‘It’s been in my family. When Monique and I started going out, she had it for at least 20 years ago. No one knew anything about it,’ he said.

‘Unfortunately, my beautiful daughter Indianna has this horrible disease, she’s had it for the last three years. Twenty years ago, we knew nothing about it.’

He also explained how far too often, the illness gets disregarded as ‘period pain’.

‘Some of the bosses think “oh you’ve got your period, harden up”. But seriously, they are in serious, bad conditions,’ he said. 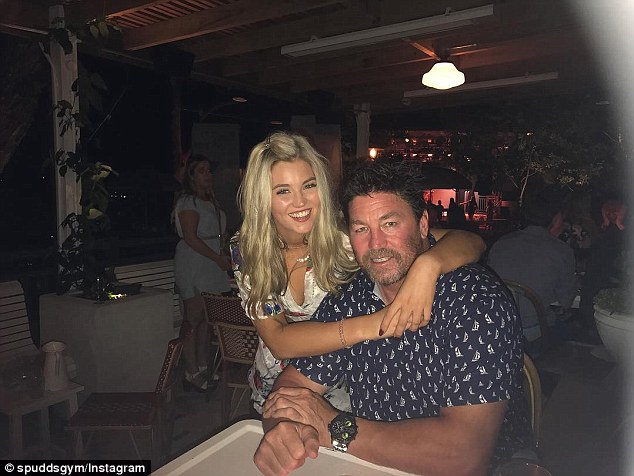 The 51-year-old father, from Penrith in Sydney’s west, said the condition has ravaged his young girl, even leaving her bedridden for days

The scheme hopes to improve the quality of life of patients through better treatment, diagnosis, and aiming to ultimately find a cure.

However, Mr Carroll has desperately called on Mr Hunt for more funding.

‘We’ve had some funding from the government. Minister Greg Hunt, I appreciate the money you’ve been putting in but we need more,’ he said in the heartfelt interview.

‘Please come to speak to me. I’d love to be part of this passion of getting this word across about endometriosis.’

Endometriosis is a chronic menstrual health disorder that affects one in 10 women.