English opening batsmen have it tougher than ever, they reckon. The pitches are getting livelier and the Dukes ball is doing all sorts. But amid chaos lies opportunity — and Mark Stoneman is determined not to miss out.

It is less than a year since he was ditched by England’s new, Ed Smith-led, selection panel, only one Test into the home summer. He had been manoeuvred this way and that by Pakistan seamer Mohammad Abbas at Lord’s, and dismissed for four and nine.

The axe was quick and ruthless, and it left a sense of unfulfilment: 11 Tests, a top score of 60 and an average of 27. They are not the figures by which Stoneman intends to be remembered.

‘Whatever experience you’ve had, nothing can prepare you for Test cricket,’ he said. ‘It is a real challenge. You’re up against the best bowlers in the world, and it’s a case of trying to get as used to that as quickly as you can.

‘Unfortunately, I felt I was starting to get my head around that just as my performances slipped off.

‘Hopefully I can put everything into one package this summer, get the runs on the board, and get back in the side.’

Stoneman turns 32 in June, but it is too early to write him off. Alastair Cook is now an ex-Test cricketer and Rory Burns, Stoneman’s opening partner at Surrey, has only just embarked on life at the highest level. England’s No3 position is up for grabs too. 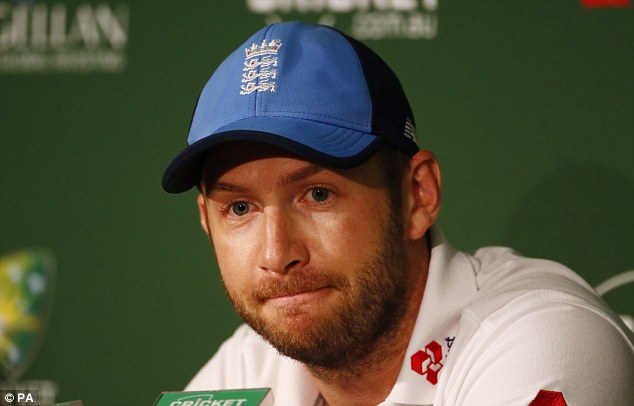 The Surrey batsman turns 32 in June, but it is too early to write him off as England player

If Stoneman begins the season well — and he got his eye in with a century against Durham’s students at The Oval on Friday — then funnier things have happened. As Stoneman himself puts it, with only mild exaggeration: ‘There are probably 25 or 30 blokes around who think, if they do well in the Championship, they’ll throw their name in the hat for later on in the summer.

‘Last season early on I didn’t get the runs I wanted for Surrey, and that carried over: after one Test, I was out of the team. It took a bit of time to get back to my level of performance.

‘I’ve always been quite tough analysing myself, and that showed in my struggles with Surrey when I came back: I was beating myself up for things when I wasn’t necessarily a million miles away. It’s been a case of getting back to understanding my basics and what works.’ Stoneman’s 11 Tests were tantalising enough to encourage him to come back for more. He made five fifties, including one in his first Ashes innings, at Brisbane, and reached 20 on another five occasions.

But he couldn’t make the starts count: after that double failure against Pakistan, his numbers began to look vulnerable.

‘That’s the question mark that’s left, because I haven’t made a Test hundred. I felt there were periods when I was putting some good things together. But I didn’t go on to make the big score that gives you that chance to breathe. 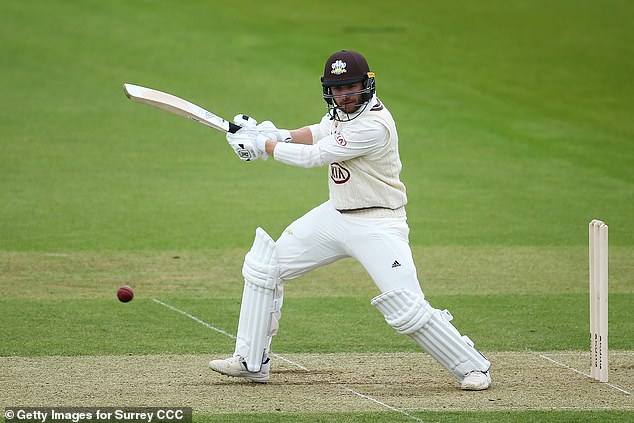 ‘You’re always chasing that score, putting more pressure on yourself, knowing that everyone else in the cricket world’s analysing you for what you’re doing and where you’re at.’

Despite England’s 4-0 defeat, the 2017-18 tour of Australia whetted his appetite for a crack at Ashes redemption, preferably starting with the first Test at Edgbaston on August 1.

‘It would be unbelievable. I played in the away series and we left that series pretty bruised. If I put everything right, come the end of the summer I’ll have been selected because I’m in the right place.’

He has recently had to deal with more than hostile new-ball bowlers. ‘My first child, Leo, arrived and that was quite a tough period because he’s been a bit ill. He was born with a heart defect, so that was a leveller. It’s put everything into context.’

He also knows that Cook continues to cast a shadow.

‘When he got it right he made big hundreds and double-hundreds, so he walks away averaging mid-40s with 30-odd hundreds — that’s why he’s a great of the game.

Comparing everyone to one of the greats of the game has skewed it a bit, but he’s set the bar high, and everyone is trying to emulate him.’

Stoneman knows what he wants. He just has to persuade Smith and the selectors they were wrong to let him go.