Facebook CEO’s Mark Zuckerberg’s former personal security chief has again been accused of racist and sexist workplace conduct, a year after he stepped down in the face of similar claims.

Booth could not immediately be reached by DailyMail.com late on Tuesday, and a spokesperson for Zuckerberg said that an outside investigation had found nothing to substantiate the allegations, calling them the baseless claims of disgruntled ex-employees seeking a legal payday.

There have been no accusations of misconduct leveled at either Mark Zuckerberg or his wife personally. The allegations also do not relate to Facebook’s workplace.

The family office of Mark Zuckerberg and Priscilla Chan (seen together in November) is again embroiled in claims of workplace misconduct, according to a new report

The new declarations alleging workplace misconduct were drawn up by the office of celebrity attorney Lisa Bloom, who is representing two former West Street employees in legal action against their former employer.

West Street manages the personal affairs of Zuckerberg and his wife Priscilla Chan, including maintaining their sprawling estate in Hawaii and hiring nannies, chefs, and other household staff.

The newly revealed declarations accuse Booth, who headed up Zuckerberg’s personal security, of shocking workplace behavior, according to Business Insider.

In one, a former senior manager of executive protection alleged that Booth told him Black Lives Matter movement was a ‘terrorist organisation,’ and described a female worker, who is black, as a ‘ghetto b***h,’ a ‘hoodrat,’ and a ‘c**t.’

In another declaration, a female security worker said that Booth ‘stated that he was ‘tired of all the Black Lives Matter bulls**t,” and that he ‘often used the word ‘n*****’ to label African Americans.’

Additionally, she alleged that Booth disparaged Chan, who is Asian, calling her ‘a bad driver while deliberately making his eyes narrower.’ 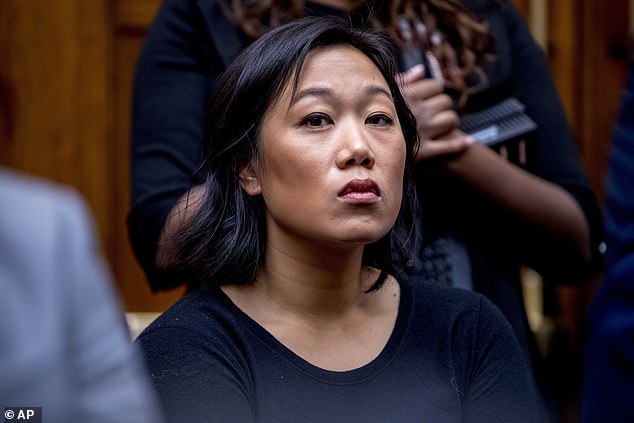 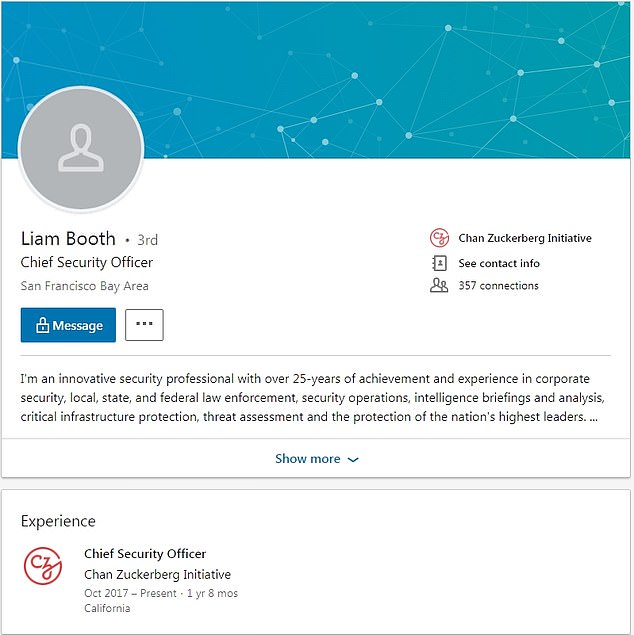 Booth is a former Secret Service agent. Earlier accusations against him came from two former staffers in a pair of letters sent to Zuckerberg’s private estate by the Bloom Firm

She also claimed that Booth ‘balked against Priscilla Chan’s goal that the workforce be more diverse and employ more people of color.’

All three of the workers claimed in the declarations to have heard Booth make anti-gay remarks.

An administrative staffer said Booth ‘made homophobic jokes’ at the expense of a gay staffer, while the former senior manager of executive protection and the female security worker each said they heard him use the slur ‘f*g.’

In prior demand letters sent by Bloom’s law firm, Booth was also accused of slapping the crotch and groped the buttocks of a gay staffer at a July 2018 event.

The female administrative staffer said in her declaration that she was present at the event, and that she “did observe Mr. Booth place his hands on [that staffer’s] buttocks that night.’

‘ [He] told me that the nonconsensual touching made him uncomfortable,” she said of the gay staffer. She also alleged that Booth sexually harassed her that evening, wrapping his arm around her waist and sexually propositioning her.

Zuckerberg’s personal spokesman, Ben LaBolt, told Business Insider that the current employee, the administrative staffer, had recanted some of the allegations in her declaration. 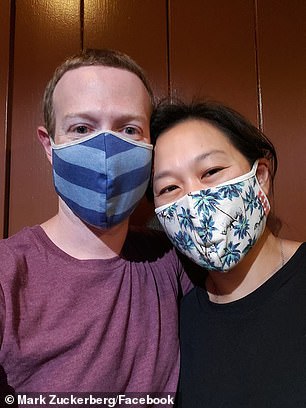 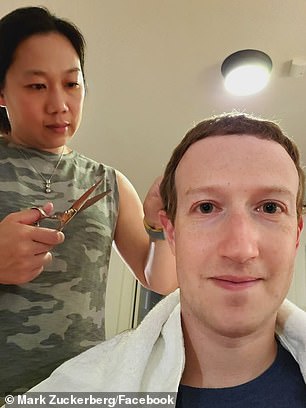 At the time, Booth was accused of making racist comments  such as ‘white lives matter more than black lives’.

Additionally, Booth allegedly referred to a transgender staffer in the family office as ‘it’, after refusing to use their preferred pronouns.

‘As previously addressed, most of these allegations have been advanced by a small group of disgruntled former employees…who are attempting to defame the family office after the family office refused their demands for multi-million dollar payments following their separation of employment,’ LaBolt said.

‘Our family office follows a strict code of conduct that requires appropriate behavior from all members of our teams,’ he continued.

‘It is our expectation that each of our employees adheres to this code of conduct. Any complaint made to our HR personnel is taken very seriously. We investigate each and every complaint, including, when appropriate, engaging outside counsel to conduct such investigations.’

LaBolt said that prior allegations against Booth had been thoroughly investigated and were not substantiated.

‘The family office has previously addressed the allegations against Liam Booth by the Bloom Firm. Over the course of several weeks, both the family office’s HR personnel and Munger, Tolles & Olson conducted separate investigations into these allegations,’ he said.

‘These investigations included numerous interviews with Mr. Booth’s colleagues, as well as a review of other relevant documents and information. Following these thorough investigations, the serious allegations made against Mr. Booth by the Bloom Firm could not be substantiated,’ LaBolt said.

‘As stated at the time, Mr. Booth, who is fully aware that minimizing distractions is a key component to executing his duties as head of security, chose to move on from the family office to pursue other professional opportunities in July 2019.’