Nervously staring out over the crowd, Adele was visibly shaking as she stood before the microphone. The year was 2011 and I sat at a table just feet from her during a break at that year’s Brit Awards. It would turn out to be one of the biggest nights of the young star’s life.

She looked breathtakingly beautiful in a stunning black lace dress, her gorgeous hair pulled back in an elegant chignon. But as she waited for the commercial break to end – and her spine-tingling live performance of her hit Someone Like You to begin – she was overwhelmed by stage fright.

Glancing down at me and my dinner companions she yelled: ‘Guys, I’m f***ing s****ing myself!’ She need not have worried. Myself, along with 10,000 screaming fans inside London’s O2 arena that night – and millions of TV viewers at home – were left mesmerised by her pitch-perfect emotion-filled performance. Quite simply, Adele stole the show.

When I heard the news about her split from husband Simon Konecki yesterday morning, my mind immediately went back to that night. Because, just months after that performance, Adele met charity worker Simon and, almost overnight, her sunny outgoing personality changed.

That night at the Brits she was a woman on the cusp of world domination. While she wasn’t nominated for any awards – they would come in armfuls in future years – she was already topping the charts around the globe. But the girl I saw on stage was still, at heart, an ordinary young woman who grew up on a London council estate who had to keep pinching herself to believe her dreams were coming true.

Looking back, it seems so strange that myself and my fellow showbusiness journalists saw Adele as a friend. She understood what we needed and she was happy to help. She would take the time to get to know us but, more than that, she loved nothing more than a gossip over a vodka or a pint of beer. 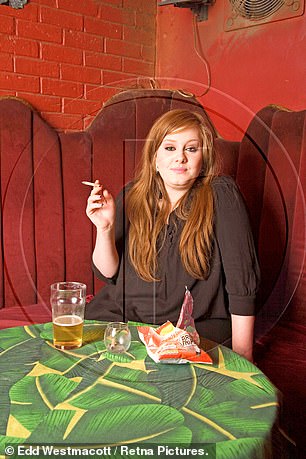 Adele photographed in London in 2008

Just weeks before her BRITs performance, I bumped into her in Soho. Spotting me, she put her bags down, flung her arms around me. ‘Ah, Katie,’ she cried with a dropped ‘t’. Her Cockney accent that she was so proud of had not disappeared with success. She was proud of her roots and part of her undeniable charm was her down-to-earth attitude. She was one of ‘us’, albeit someone blessed with a God-given talent that could knock your socks off.

She asked what I was up to (I was on my way to have dinner at a Thai restaurant), and excitedly told me how well things were going for her, though typically she couldn’t quite believe her success.

What made her most happy, though, was that she was on her way back to ‘me mum’s’ as she put it. Penny, the remarkable woman who brought her up after Adele’s dad walked out when she was a child, was waiting for her daughter at home in Tottenham.

After a chat, she happily skipped off down the road. It was the last time I would see her so carefree. Within months she met Konecki, a divorced father-of-one, through their mutual friend Ed Sheeran. Eton-educated, he is CEO of Drop4Drop, a charity that funds water projects.

Everyone, her fans and we in the press, were thrilled the woman who had so brilliantly expressed the pain of lost love and heartache in her music had, finally, found true love. No one deserved it more.

But things began to change. She was no longer seen out unless it was part of a carefully-controlled PR campaign to promote records. She bridled at any coverage about her life away from music.

She became more reclusive and cut off from the world as she moved between multi-million pound homes in Brighton, London and Los Angeles, shielded behind the darkened glass of limousines and private jets.

The Adele I knew had always accepted the fame that came with having number one albums. She would grin and throw her arms around journalists. The new ‘Superstar Adele’ now held out her hand to block the paparazzi who, inevitably, followed her around. 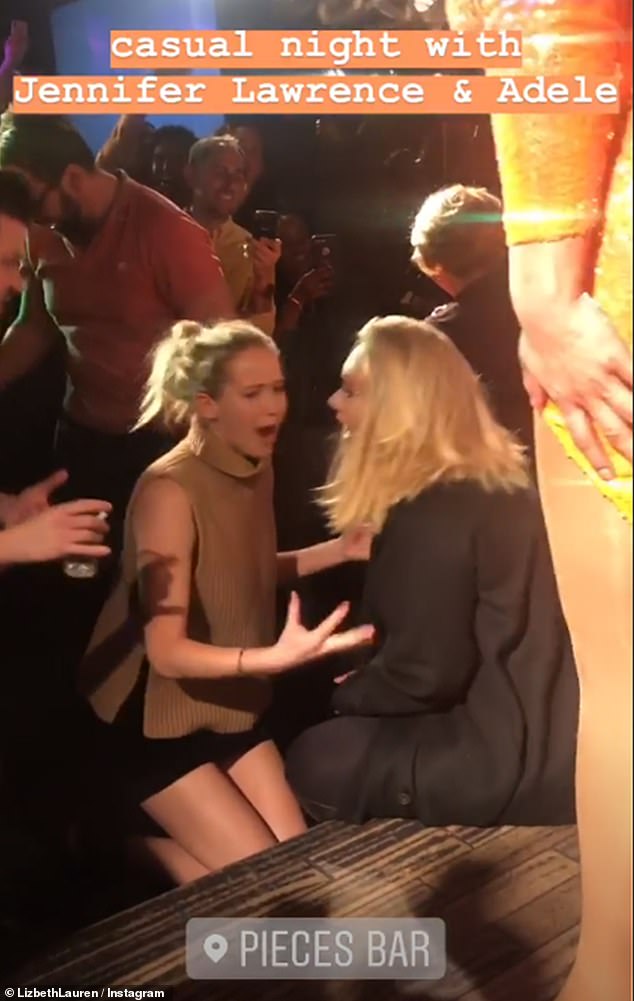 The timing of the start of her relationship with Konecki and her desire to hide herself away was no coincidence to me. He would become angry at the sight of photographers. He wanted no part of her showbusiness world. He would follow her to events when he had to but, apart from the smiles that would accompany her winning awards, he was glum-faced and looked like he would rather be elsewhere. While Adele would once move freely around, eating out with friends and was often spotted in pubs around the capital, she began to retreat behind closed doors.

In Los Angeles she became close to James Corden and his wife Julia and Robbie and Ayda Williams. The couples would regularly visit each other’s massive estates, enjoying their friendship behind towering fences and protected by armed guards. Her weight dropped and her party girl ways disappeared as fast as her curves as she gave up alcohol.

There was no more telling moment for me that she had changed than the day I had been tipped off that she had given birth to a baby boy, back in October 2012. The singer who had always worn her heart on her sleeve wouldn’t even tell her fans if she had become a mother or not.

Just four months before, she had excitedly announced on Twitter that she and Konecki were expecting their first child. She told how they were ‘over the moon’ and ‘delighted’.

The statement, however, ended with the words ‘please respect our privacy’ – which is a request usually reserved for when celebrities have bad news to share.

Her longstanding publicist Carl Fysh refused to even confirm she had given birth, let alone share any details of Angelo’s gender or weight. The only statement I got was: ‘There will be no statement.’

It was just the beginning. For the past seven years every aspect of Adele’s private life has remained hidden. Of course she has the right to privacy but it was such a stark contrast to how she had been just 18 months before, when she was still single.

The birth of Angelo was only confirmed several months later when she was pictured wearing a necklace bearing her son’s name.

By 2014, when rumours began to swirl that her relationship with Konecki was on the rocks, she remained mute. Reports claimed he had returned to his bachelor pad in Brighton while she remained in London. It wasn’t until the story made headlines around the world that she was forced to put out a denial via Twitter.

The most we ever saw of little Angelo were photos of him being pushed by his mother in a pram in Los Angeles.

During my own stint in Tinseltown I would cheekily ask James Corden about his dear friend. The comic, who remains great fun, always enjoys a gossip about any subject – but Adele was off-limits.

While she wasn’t spending time with her oldest friends from Tottenham, she surrounded herself by a tight-lipped, ultra loyal circle of friends although they became decidedly more A-list as she developed into a bona fide global superstar.

But if there was ever an example that Adele had put herself into self-imposed exile, it was the BRITs in 2016. This time, Adele was kept away from the media. She spent the evening flanked by Konecki who scowled at any journalist who even dared try to approach her.

She may have picked up four awards but Adele was whisked out of the O2 Arena before the credits had finished rolling.

She recently moved back to the UK and is living just a few miles from her mum. She spends most of her time in her £40 million mansion in Kensington. Konecki is understood to have moved out earlier this year.

In a rare sighting last Sunday she posed with former First Lady Michelle Obama backstage during the London leg of her ‘Becoming’ book tour. Her gold wedding band was conspicuously missing.

If rumours are true that Adele and Konecki have been living separate lives for a while, the singer’s work following the Grenfell Tower disaster is highly significant. Following years of living in LA, she has returned to quietly help those whose lives were devastated by the fire.

Since her split from Konecki, glimpses of the ‘old’ Adele have emerged. Only last month I was selfishly delighted to see Adele enjoy a raucous girls’ night out with actress Jennifer Lawrence. The pair left partygoers at a gay bar in New York stunned when they gate-crashed karaoke night.

The friends were cheered on as they joined singers on stage and took part in drinking games. ‘I’m actually, at the moment, a stay-at-home mum,’ Adele giggled to a drag queen before downing shot after shot. Welcome back, Adele. Pint of lager and a packet of crisps, soon?