Married At First Sight: Mishel Karen reveals she’s going to be a grandmother

Mishel Karen is going to be a grandma! Married At First Sight bride, 50, reveals her son and his girlfriend are expecting their first child

Former Married At First Sight star Mishel Karen has revealed she’s going to be a grandmother.

The mother of two, 50, announced on Sunday that her son, Sam Trajceski, was expecting his first child with his girlfriend, Chloe Jasmin.

She shared an ultrasound of the baby on Instagram and told her 100,000 followers: ‘I am pretty bloody excited!’

The child, known affectionately as ‘MeeMee’, is due in August.

Chloe is 15 weeks pregnant and the expectant couple won’t know her baby’s gender until about the 20-week mark.

‘I am going to be a Grandma! You can call me “MeeMee” pronounced mee-mee – it is what I am being called as grandmother,’ Mishel wrote.

‘I am pretty bloody excited! My son, Sam, and his beautiful partner, Chloe, will be parents in August!’

‘My humans are now making their own humans!’ she concluded, adding the hashtags #baby, #babylove and #meemee.

She previously said she wouldn’t be sharing any sexual content when she joined the subscription-based website last year, but apparently changed her mind.

Mishel recently sent her handful of subscribers an explicit video of herself engaging in a solo sex act.

Taking things even further, she also offered to send out a pair of her ‘dirty knickers and socks to the highest bidder’.

She is planning an OnlyFans collaboration with her former MAFS co-star Hayley Vernon, who is popular on the platform.

Mishel was paired with barbershop owner Steve Burley on last year’s season of Married At First Sight, but they split at their final vows. 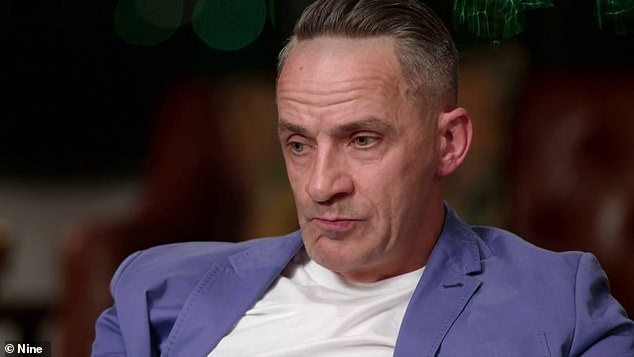 Case of the ex: Mishel was paired with barbershop owner Steve Burley (pictured) on last year’s season of Married At First Sight, but they split at their final vows