She was embroiled in one of the biggest ever Married At First Sight controversies when her ‘husband’ Dean Wells ‘cheated’ on her with Davina Rankin.

While on the show, Tracey Jewel faced her fair share of fan backlash, with many viewers taking to social media to slam the star for not immediately leaving her partner.

But the Don’t Mess With The Goddess author seems to be taking it in her stride and read out some of her haters’ nasty tweets to Daily Mail Australia this week, warning: ‘This is going to be interesting!’

‘I don’t know what’s faker, her lips or her personality!’: Married At First Sight star Tracey Jewel reads out mean tweets about herself… and you’ll never guess how she reacts!

‘Tracey – the walking proof the stupid walk among us,’ the brunette beauty read aloud before sarcastically responding: ‘Thanks Casey!’

Tracey nearly scoffed as she read a tweet that said: ‘And Tracey is officially the dumbest woman in Australia. How is she an author of self-help books? I’d be asking for a refund. Lol.’

She didn’t appeared too fazed by the criticism however, and offered to send the viewer a free copy of her book. 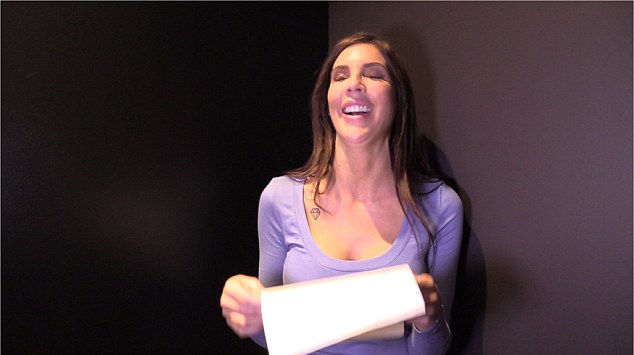 ‘How is she an author of self-help books? I’d be asking for a refund’ Tracey scoffed as she read out a tweet questioning her skills

‘I’m convinced that Tracey wakes up in the morning and actually puts on her face like a mask,’ Tracey later read, struggling to contain her laughter.

She continued: ‘Sometimes it’s on properly. Other times it’s lop-sided. You never know what you’re going to get.’

In response, Tracey joked: ‘Maybe I should talk to my makeup artist about that one.’

‘Is Tracey colourblind because girlfriend has missed about 20 red flags?’ an additional tweet questioned.

But the reality star concurred: ‘You know I’m actually agreeing with you Leah. I think I missed a few red flags with my rose-coloured glasses on. I tend not to see the red.’ 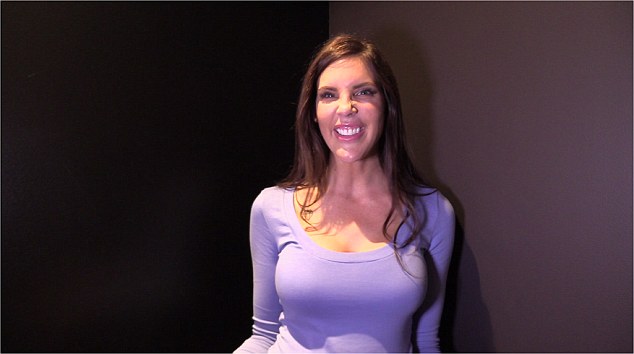 ‘Is Tracey colourblind because girlfriend has missed about 20 red flags?’ The reality star was amused by one fan pointed out there were signs her ‘husband’ Dean wasn’t a good guy 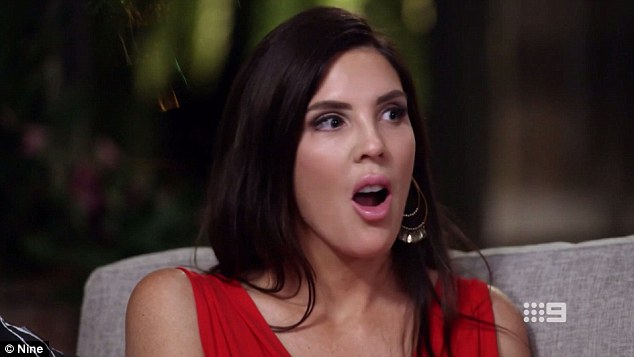 The hits kept coming with another viewer blasting her looks, writing: ‘I don’t know what’s faker, Tracey’s lips or her personality.’

Another fan claimed the love interests of Dean and her new boyfriend Sean Thomsen were dire, commenting: ‘Oh god the choices for Tracey: Skater boy or Goldmember.’

‘Am I alone in thinking it’s creepy that Tracey is dating a man that looks like her mum?’ another Tweeter added.

Tracey, almost losing it, protested: ‘Oooh. He doesn’t look anything like my mum!’ 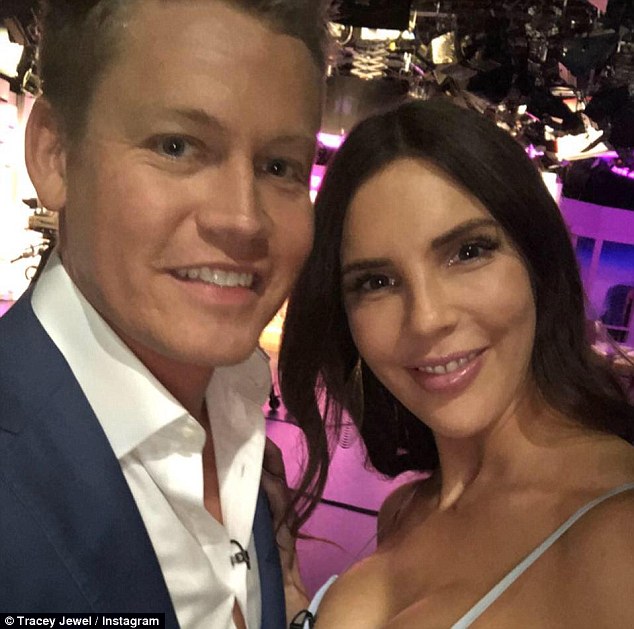 ‘Am I alone in thinking it’s creepy that Tracey is dating a man that looks like her mum?’ Another social media user cruelly wrote that her new boyfriend Sean Thomsen (left) looked like a mother