A Married at First Sight star forgave the unforgivable when she accepted her husband’s apology for kicking her out of their shared apartment during a blowout fight.

Earlier this month, it was revealed that Mia Bally, 29, filed for divorce from her husband Tristan Thompson, 29, while the show was still airing.

On Tuesday night’s episode of the Lifetime reality series, the couple’s argument about health insurance escalated to the point that Tristan packed up her bags and tossed her out of their apartment.

Shocking: Mia Bally, 29, was forced to leave the apartment she shared with her husband Tristan Thompson, 29, on Tuesday’s episode of Married at First Sight Yikes: Mia and Tristan got into a blowout fight after he canceled his health insurance without telling her

The two were preparing to move from Dallas to Houston, and Mia was upset that Tristan canceled his health insurance without telling her because she felt that was a decision they should have made together.

When she confronted her husband, she admitted that his actions had her second-guessing their move to Houston to be closer to his family and business.

Although only a portion of the fight was shown, Mia later explained that the blowup had gotten so heated that Tristan forced her to leave their home.

‘He basically gave me an ultimatum that I needed to go to Houston or I can’t stay here, in our home,’ she said.

‘He started packing up my stuff and literally threw me out like it was nothing.’ 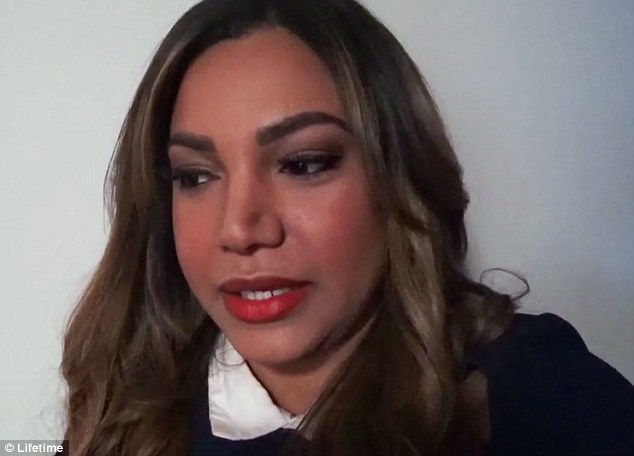 Stunned: She said he threw her out ‘like it was nothing’ after they got into a fight about him canceling his health insurance

Luckily, Mia still had her condo to return to, but she was shocked by Tristan’s behavior and felt that she was seeing him ‘for real now.’

‘God forbid, if something really serious happened, how would he react then?’ she asked in her testimonial.

‘Like, being upset about bills and prioritization and questioning Houston, to me, was not a reason for his emotions or behavior to get that way.

Cameras captured Mia in the hallway of their apartment building, surrounded by everything from suitcases to her Texas-shaped wall art.

Tristan ran out to give her a candle, and when she said he could keep it, he tossed it on the ground and walked away. 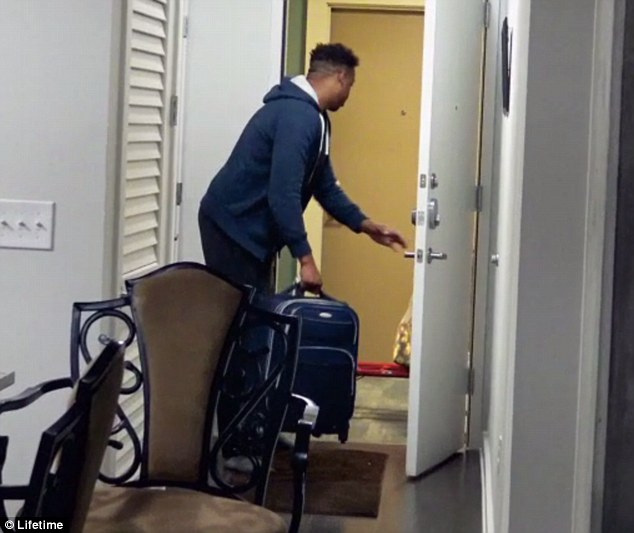 Not messing around: Tristan packed Mia’s bags and moved them into the hallway 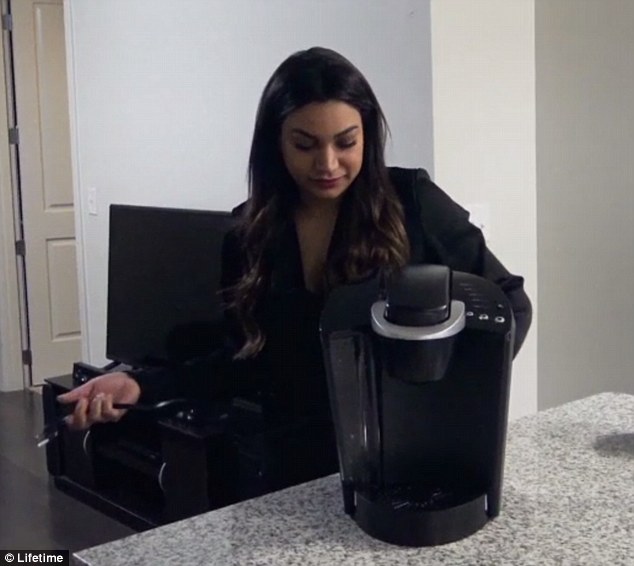 Take that: Mia packed up her coffee maker before leaving the apartment

While sharing his version of the story, Tristan claimed he had reached his ‘breaking point’ and felt that Mia was ‘never was really, fully committed’ to moving to Houston with him.

‘I didn’t say the marriage was over. I just said, “Just go to your condo, if that’s what you want to do.” Don’t say you don’t want to go to Houston and want to stay in my house,’ he explained. ‘Tonight, I’m going to sleep here without my wife.’

Mia was close to tears when Tristan closed the door and left her alone in the hallway with her stuff.

Both Mia and Tristan consulted with the show’s relationship experts before sitting down with Pastor Calvin Roberson to discuss their fight. 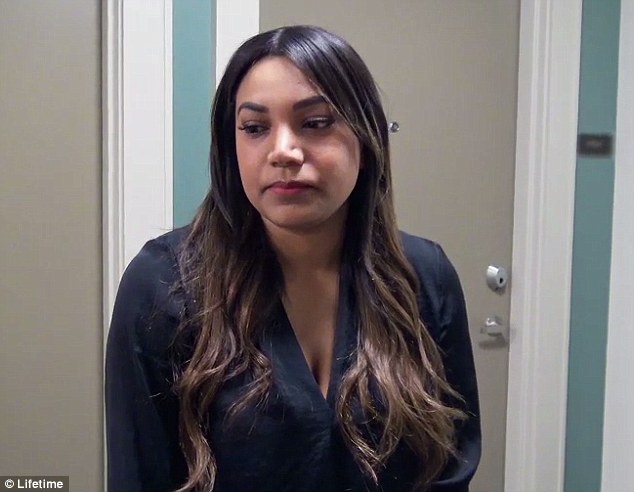 Heartbreaking: Mia was close to tears when Tristan closed the door and left her alone in the hallway with her stuff 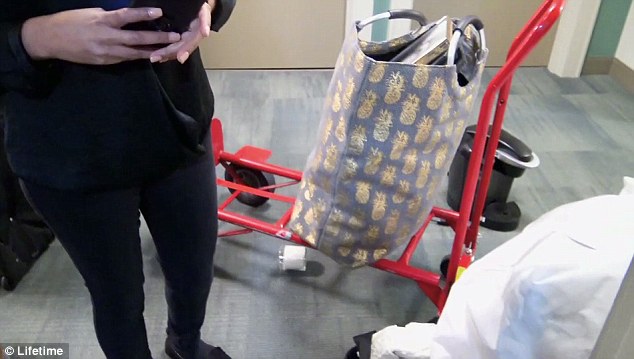 Hostile: Tristan ran out to give her a candle, and when she said he could keep it, he tossed it on the ground and walked away

‘Right now I feel I’m not what’s best for you,’ Tristan told Mia after she revealed that he made her feel worthless when he asked her to leave their home.

Tristan then left the room, prompting Pastor Calvin to chase after him. When they returned to the room, Mia and Tristan shared a hug and agreed to work on their marriage.

He later helped her move back into their shared home; however, the fight may have been the beginning of the end for their marriage.

Mia filed for divorce in Dallas County, Texas, on September 4, ahead of the show’s season finale.

In the court papers Radar Online obtained from Dallas County District Court, Mia’s petition for divorce stated the ‘marriage has become insupportable due to discord or conflict of personalities.’ 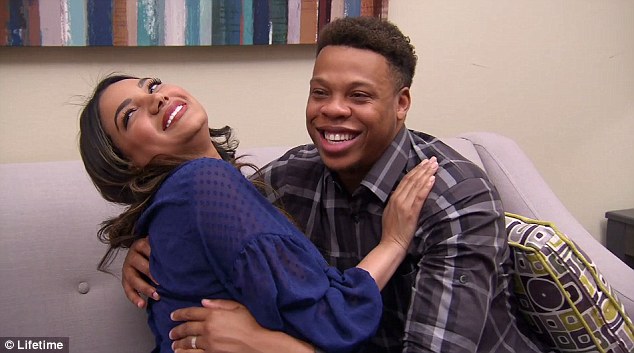 Forgive and forget? The couple made up after a sit-down with one of the show’s relationship experts 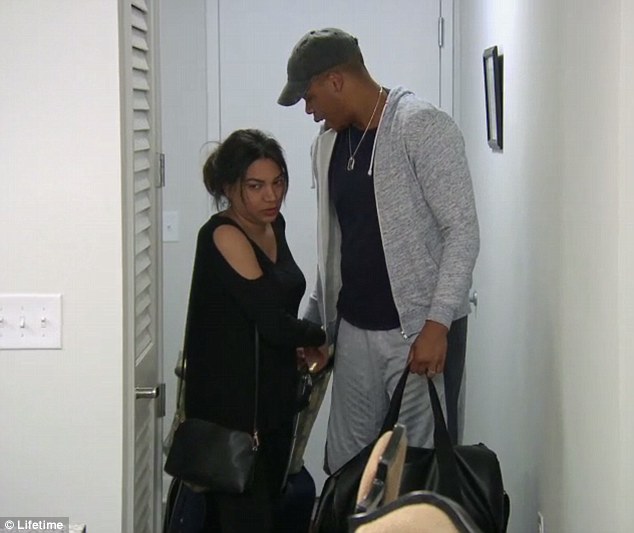 Love wasn’t enough: Tristan helped Mia move back in, but their marriage was doomed. Mia filed for divorce on September 4, while the show was still airing

Tristan and Mia’s marriage got off to a rocky start when she was detained at the airport on their way to their honeymoon because there was a warrant out for he arrest.

She had previously been charged with stalking her ex-boyfriend and unauthorized use of a credit card.

Mia initially lied about knowing the man who filed the charges and claimed it was a mistake before finally coming clean.

Although their marriage was rife with conflict from the moment they said ‘I do,’ Mia and Tristan appear to be keeping their divorce amicable. 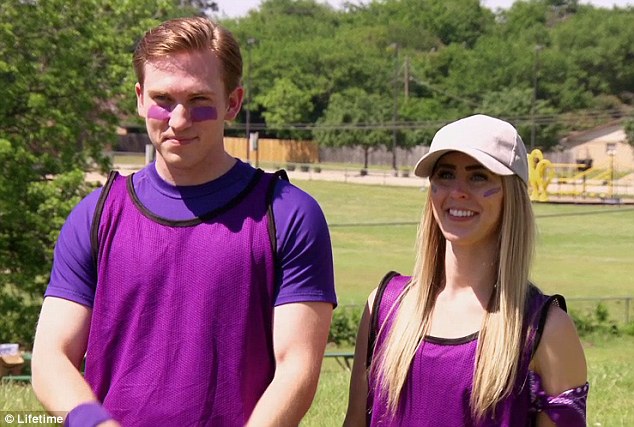 In other news: Bobby Dodd, 27, and his wife Danielle Bergman, 30, planned a field day for the other couples, but Mia and Tristan skipped it because of their fight 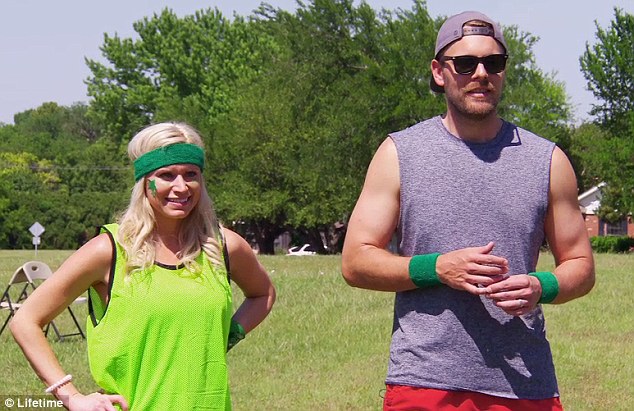 Challenge: Bobby and Danielle were left facing off with Amber Martorana, 36, and Dave Flaherty, 37, who are the most athletic couple on the show by far

There was far less drama concerning the show’s other couples, who spent this week’s episode enjoying a field day event that was organized by Bobby Dodd, 27, and his wife Danielle Bergman, 30.

Mia and Tristan skipped the friendly competition because of their fight, so Bobby and Danielle were left facing off with Amber Martorana, 36, and Dave Flaherty, 37.

Amber and Dave are the most athletic couple on the show by far, and Danielle and Bobby were both upset when they lost the first two challenges. 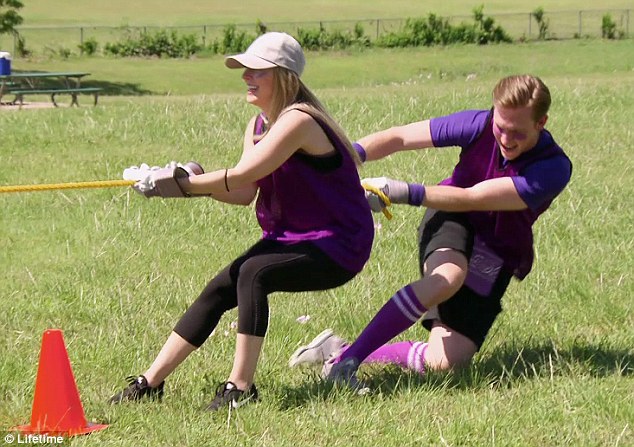 Struggles: Danielle and Bobby were both upset when they lost the first two challenges 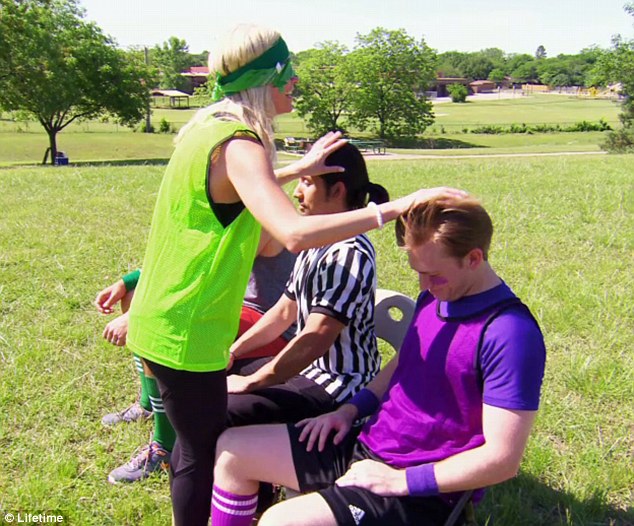 Whoops! Dave was shocked when a blindfolded Amber incorrectly guessed Bobby was her husband. ‘Maybe we need to do more touching and maybe some more blindfolding,’ he said

During the final challenge, the wives were blindfolded and had to figure out which man was their husband by touching them.

Danielle ended up picking the wrong guy, but she told the cameras she would ‘rather lose at field day and win at marriage.’

Amber also chose the wrong person, which surprised Dave because of their vigorous sex life.

‘Amber and I have sex every day,’ Dave boasted. ‘Maybe we need to do more touching and maybe some more blindfolding.’

Amber and Dave seemed to be fighting less and less, and while Danielle had yet to say ‘I love you’ to Bobby, they were just as happy as well.

With decision day right around the corner, both couples agreed that Tristan kicking Mia out of their apartment was unforgivable.