Married At First Sight bride Susie Bradley famously swore off dating for good after breaking up with ex-fiancé Todd Carney in June.

And it appears the brunette beauty took a thinly veiled swipe at her NRL star ex-fiancé on Wednesday when she posted a cheeky meme to her Instagram Stories.

Susie’s bold image declared in capital letters, ‘Maybe you didn’t get what you wanted because you deserve more.’

The image was decorated with illustrations of flowers and a human face staring at the words, appearing to contemplate them.

Susie, 29, has herself done a lot of self-reflection since her very public split with Todd, after three years together.

The mother-of-two declared in June she would never date again following their break-up. 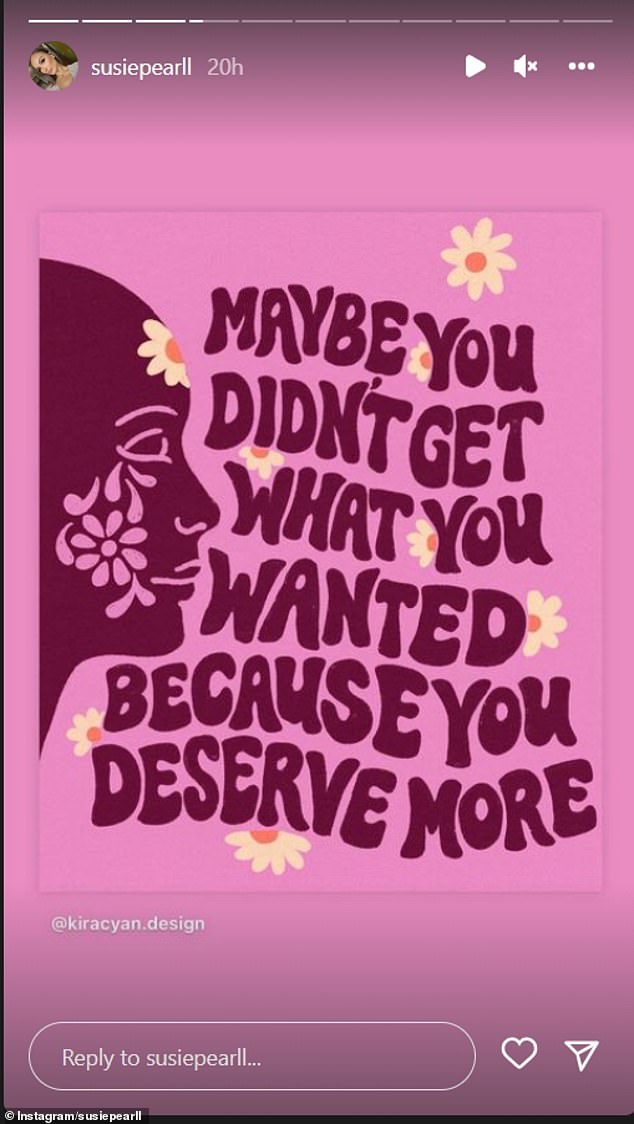 Susie’s bold image declared in capital letters, ‘Maybe you didn’t get what you wanted because you deserve more’

Susie rose to fame on the fifth season of Married At First Sight, which aired in 2019.

The show partnered her with barista Billy Vincent, but they called it off before their final vows.

She began dating Todd in 2019, with him stepping into the role of stepfather to her eight-year-old daughter, Baby. 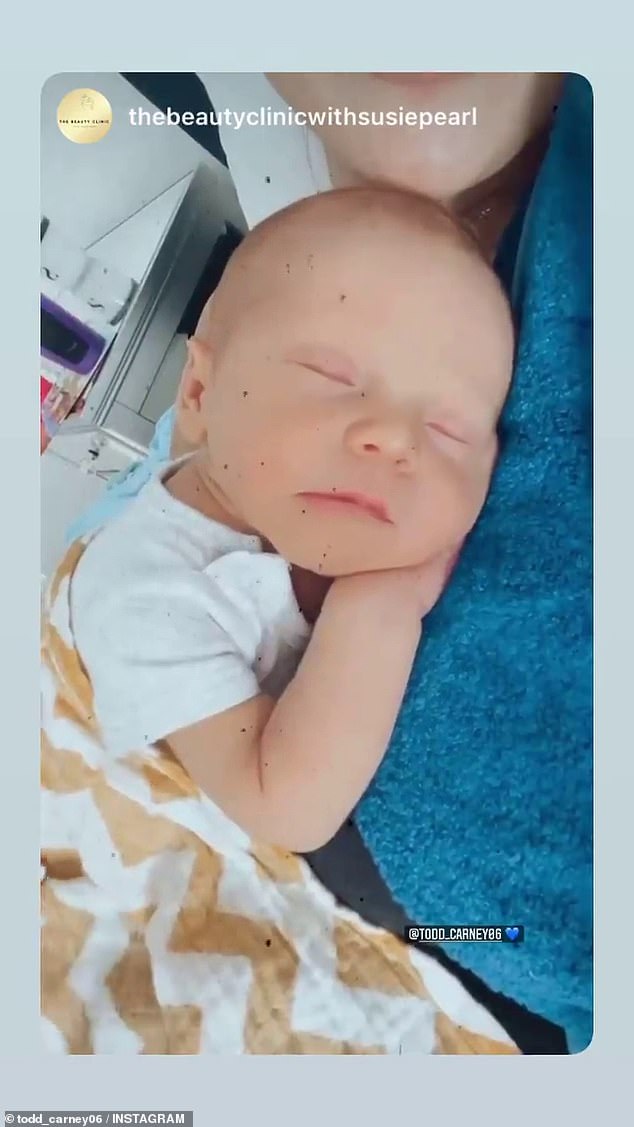 The reality star launched her own beauty business, ‘Injectables by Susie Pearl’ in May 2019, and regularly celebrates her business success on social media.

‘Injectables by Susie Pearl has only gone from strength to strength, and I plan to do everything I can to continue that moving forward!’ she wrote on Instagram. 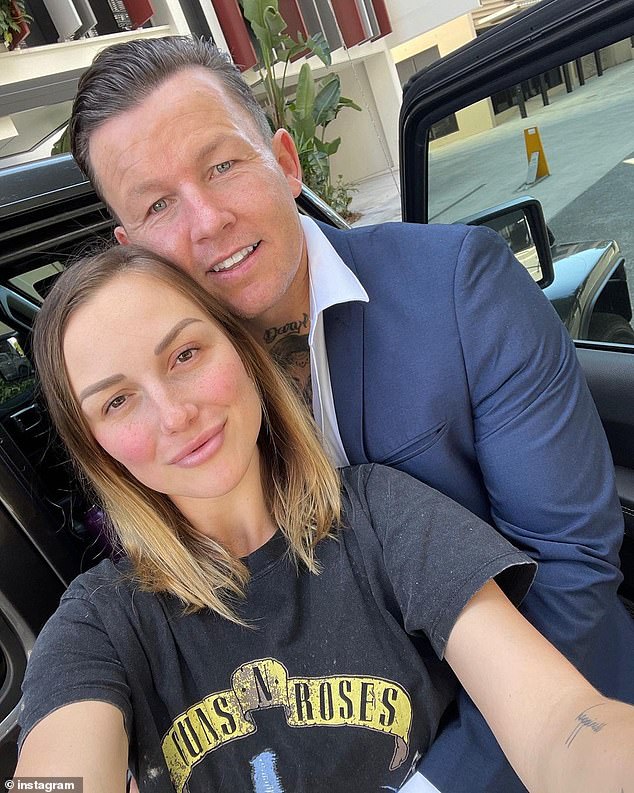